"Driven out to a wasteland at gunpoint": Crimean man tells of his abduction by FSB 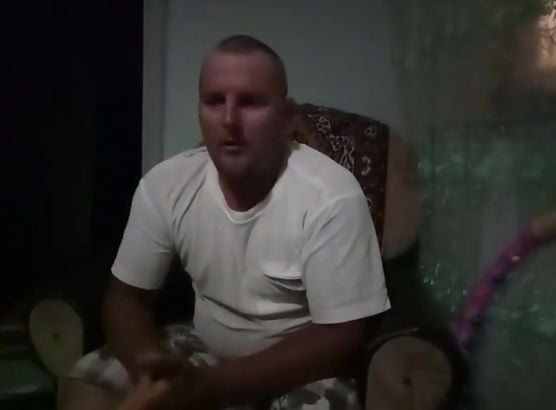 Ahead of the interview, Mr Borodin uploaded on Facebook a video of himself telling a story of his kidnapping that happened in the late hours of Saturday, June 10.

"I came home from work and went to bed. Then someone called me and said some friend of mine, who hadn’t seen me for four years was coming at my place. I saw the car driving up to my house. They said, ‘get in.’ I hopped in, and they started asking about some guy named Oleg. I said I knew nothing about him, and then they started threatening me. I kept my mouth shut and said nothing," Borodin recalled in his interview with Crimea.Realities.

At the same time, Russian law enforcers released no comments following Mr Borodin’s statement on his abduction by a group of unidentified persons.

As UNIAN reported earlier, after the illegal annexation of Crimea, mass searches have been carried out in the houses of independent journalists, Crimean Tatar activists, members of the Mejlis and citizens who choose not to recognize the peninsula Russian territory.

A couple of questions later, one of the men in the car pointed a gun at Borodin’s side, and the victim was then driven to a wasteland near Feodosia.

Read alsoSBU to probe FSB operatives "lost" in Ukraine’s Kherson region"They drove me out and started threatening me. They asked of some organization of which I supposedly was part, and of me telling some things to other people… Some kind of nonsense. One of them grabbed his gun and started shooting in the air. They were trying to scare me. They made me write that I was not part of any organization, and that I was familiarized with the written contents of the interview I had undergone,” Borodin said.

Read alsoFSB isolates one of key witnesses in MH17 case – OSINT groupThree hours later he was brought back to his house. "Let's remain friends," one of the men told him.

Petro Borodin suggested that the men were in fact Russian FSB operatives.

If you see a spelling error on our site, select it and press Ctrl+Enter
Tags:News of UkraineRussiaCrimeaUkraineFSBpersecutionabduction