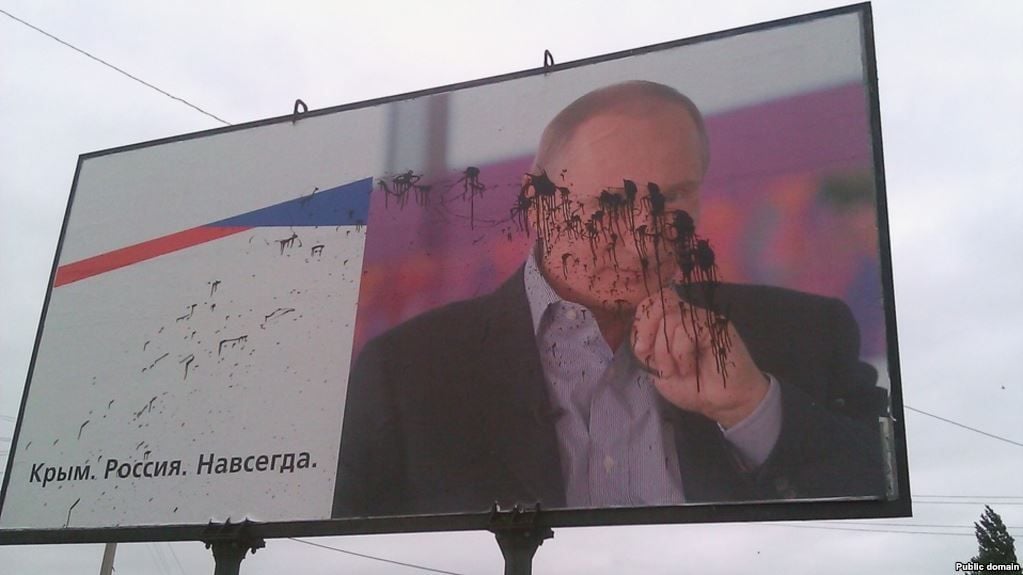 She points at five socio-economic conditions behind this deterioration between Crimean residents and Russians and devotes particular attention to the way in which Russian tourists, the only ones who now come to the Russia-annexed Ukrainian peninsula, have escalated tensions with their behavior, according to EuroMaidan Press.

Read also"Driven out to a wasteland at gunpoint": Crimean man tells of his abduction by FSBFirst of all, Goryunova points to the increasing difficulty indigenous Crimeans have in making ends meet. On the one hand, they find it difficult to get well-paying jobs unless they have connections and typically lose out to Russians. And on the other, the Russians, who are paid more, have driven up rental prices beyond what most Crimeans can afford.

Second, she continues, Russian bosses prefer to hire people other than Crimeans because the latter are more aware of their rights than are Central Asian "Gastarbeiters" and complain when those rights are violated.

Third, the occupation authorities have done almost everything in their power to destroy indigenous businesses and farming, preferring to import agricultural and other types of products from Russia.

Read alsoSiemens renews offer to buy back turbines from Russia, annul contractIndeed, Goryunova says, “the Russian authorities are conducting an intentional policy of destroying Crimean business, including small business, by removing not only competitors but also the first flowering of a middle class which in Russia for centuries has been viewed as consisting of ‘superfluous people.’”

Fourth, Crimeans face discrimination when they try to register their children for kindergartens or schools. Russians, who have arrived with the occupation, enjoy preferential treatment, while Crimeans feel left out.

And fifth, when Crimeans turn to the courts or magistrates after their rights have been violated, they typically lose their cases, that's because the courts work on the whim of the powers that be rather than according to the law.

A particular irritant in the relations, Goryunova says, concerns generally cheap behavior of Russian tourists who now dominate the scene.

Read alsoFunds, arms for Donbas invasion "taken from annexed Crimea" – Strelkov aka GirkinWhen any local Crimean resident tries to confront tourists over their indecent behavior like littering or a failure to find a public restroom instead of relieving themselves in parks, they are faced with a lecture by these Russian tourists claiming Crimeans should be grateful forever to them for “‘liberating’ Crimea from ‘the Ukrainian yoke'.”

In short, “Russians act like masters, and Crimeans are reduced to the status of guests on their own land,” with a feeling they may be forced to leave at any moment.

“No one needs us in Russia,” one of Goryunova’s neighbors says. “Why did they take us then? Was that in order to drive us out of our own home.” Although the sad realization of what Moscow has been doing in Crimea may have come upon Crimeans a lot later than one would like, the but at least it is dawning on them today, political scientist adds.

If you see a spelling error on our site, select it and press Ctrl+Enter
Tags:News of UkraineRussiaCrimeaUkraine