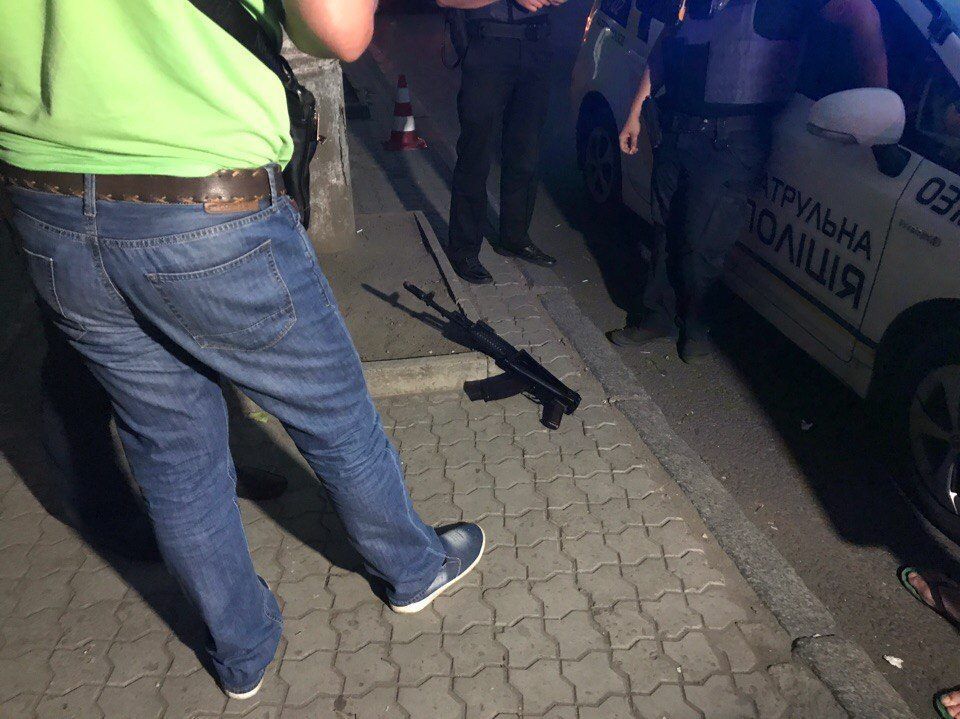 "Kalashnikov rifles are said to have been involved in the shooting. The number of shooters is being verified, but there could have been two or three of them," the local news portal Informator wrote.

The incident happened near the Suliko restaurant at 92 Gagarin Avenue.

"We saw a white car going down the avenue towards the center. A man got out of it and opened fire. There were many rounds fired, it lasted continuously for a minute or even longer. The shooter hit two men, then got into the car and drove away," an eyewitness who introduced herself as Yulia said.

Read alsoConflicting reports on death toll of police friendly fire in Kniazhychi One of the rifles was abandoned further along Gagarin Avenue, near the Nagorka shopping mall.

Read alsoUkrainian cameraman shot during brutal mock arrest — mediaOne group had rubber-bullet guns, allegedly uncharged, while the second one possessed Kalashnikov rifles. The shooting started at the restaurant, and then continued outside.

The scene covered a fairly large area, as there were traces of blood on the other side of the avenue.

In the course of the shooting, one person was shot dead and six were rushed to hospital, one of them was in serious condition.

A man from the first group of those sitting in the restaurant did not wait until an ambulance arrived and brought his friends to hospital. He told the newspaper that he did not know the attackers.

The police are investigating into the shoot-out to establish the circumstances of the incident and have launched an operation to search for the suspects.