Police colonel involved in Odesa May 2 events gets Russian citizenship 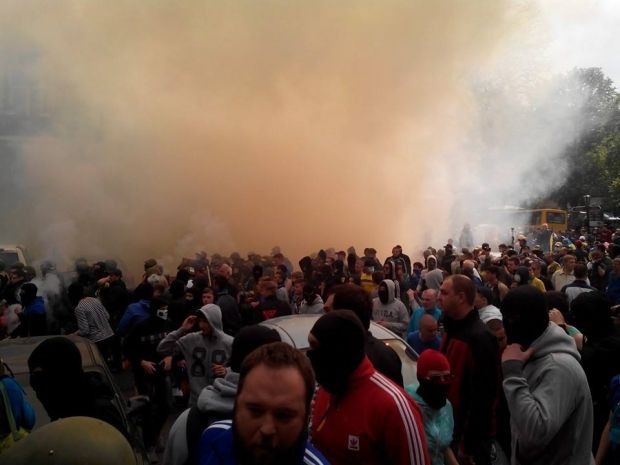 "We sent [to the Prosecutor General's Office of Russia] a request for detention and extradition [of Fuchedzhi]. We've received a response claiming that this cannot be done since he is a citizen of the Russian Federation," he said.

Horbatiuk insists that it is necessary to hand over to Fuchedzhi a suspicion notice. He also pointed to the possibility of a hearing in absentia.

UNIAN memo. Forty-eight people died during riots with the participation of anti-Maidan supporters and Euromaidan activists and a fire incident in Odesa on May 2, 2014. About 300 people were injured.

Read alsoSBU detains group of people suspected of plotting acts of terror, sabotage in Odesa (Video)After clashes in the center of the city where some people were shot to death, pro-Ukrainian activists moved to Kulykove Pole where separatists had a tent camp. Then tents caught fire and a fire started in the Trade Unions House building, where most of the victims of the Odesa incident died.

If you see a spelling error on our site, select it and press Ctrl+Enter
Tags:News of UkraineRussiaUkraineinvestigationOdesaextraditioncitizenshipriots