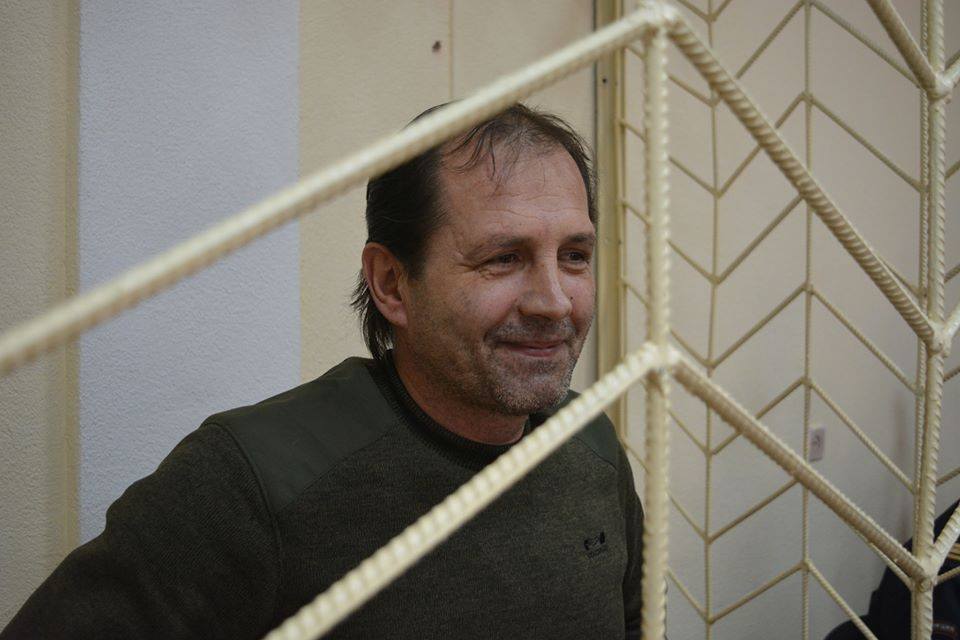 Not only is she insisting on continuing the hearings despite concerns about Balukh's state of health, but she also rejects any attempt to probe the cause of flagrant discrepancies and irregularities with all documents, KhPG wrote.

She has consistently accepted the excuses made for the continuing failure by the Russian FSB officers involved in the case to appear for questioning.

Bullets and explosives were allegedly 'found' in Balukh's attic, though there are even divergent figures as to the number of bullets found.

Much more importantly, the defense discovered that the ammunition in question was on the official register of weapons and ammunition in Barnaul, the Altai region of the Russian Federation, and was produced back in 1989.

The defense asked the investigator why he did not establish how those Barnaul bullets came to be lying in readiness for an FSB search in Balukh's attic. He claimed that he had had no grounds for doubting the work of the operational group or suspecting that the items had been planted.

Read alsoRussian сourt sentences Ukrainian on terrorism charges – mediaThis is despite not only the strange origin of the ammunition in question but also the fact that the forensic assessment found no traces to suggest that Balukh had been in contact with the items allegedly found in his home.

The investigator is alone in finding no cause for skepticism about the 'find' which has been used to justify holding Balukh in detention for eight months and may be used to sentence him to three years' imprisonment.

Balukh is held far from his wife and elderly mother in the notorious Simferopol SIZO [remand prison] where the conditions are so bad as to be hazardous to health. He has repeatedly complained of chest pain and his blood pressure was found by the ambulance medics to be dangerously high.

Human rights groups have condemned the prosecution as clear reprisals against a person who has never hidden his opposition to Russia's invasion and occupation of Crimea and his continued loyalty to Ukraine.

Balukh was arrested on December 8, 2016, after an unexplained raid which allegedly found 90 bullets and several trotyl explosive devices in his attic. He had no record of violence and the constant searches and harassment he had faced since Russia's invasion of Crimea for his openly pro-Ukrainian position made it inconceivable that he could have held anything illegal in his home. This was one of the reasons why the Memorial Human Rights Centre almost immediately declared him a political prisoner.

There are numerous reasons, including the timing. Balukh was arrested nine days after he nailed a plaque renaming his home No. 18 'Heroes of Nebesna Sotnya St' in memory of over 100 Maidan activists, the Heavenly Hundred Heroes, who were killed during Euromaidan events, and rejected demands from the head of the local council that it be removed.

The trial is taking place, with suspicious haste, in the Razdolne District Court. Balukh is represented by Dmitry Dinze, the lawyer who defended Oleh Sentsov, the Ukrainian filmmaker illegally imprisoned in Russia, and his wife. Olga Dinze projects that this 'trial' may end in the first week of August.

Bedritskaya has paid no heed to the defense's warning that a judge can face criminal liability for detaining a man on overtly falsified charges, and even, illegally, initiated the extension of his detention after the prosecutor forgot.

One of the people who appeared in court is Yevgeny Bobrov, a criminal investigations officer who is reported to have found the ammunition. During questioning, he was unable to explain his role and legal status during the search. He had not been on duty that day, and he could not name the individuals who had instructed him to be present or their position in the law enforcement agencies.

It was Bobrov who also removed the Ukrainian flag which had been flying over Balukh's home since the Euromaidan.

He could not give any sensible reason as to why he had removed the flag and what threat it had posed. He said that an FSB officer had told him to remove it but was, yet again, unable to identify that officer.

Two Razdolne police officers, when questioned, also stated that the FSB had initiated the search and drawn up the protocols for it.

Even the search in December was claimed to be an 'inspection' and carried out with appalling infringements. Balukh was locked in a room to keep him out of the way, as was his wife. She confirmed at the first hearing on March 16 that at least 16 people had taken part in the search, and had wandered around their home without either her or her husband.

"This is not the first highly questionable prosecution of Balukh, but it is much more sinister," the human rights group said. "If the earlier cases were probably initiated by the local police, this one, human rights activists believe, has been initiated by Russia's FSB and with the express purpose of imprisoning the activist."

"It is possible that the lack of any pretense or real effort to conceal the falsifications is deliberate, aimed at sending a clear and chilling warning to all other Ukrainians of what they can expect for a Ukrainian flag, for honoring the slain victims of the Maidan or other demonstrations of 'dissident thinking,'" the group said.

If you see a spelling error on our site, select it and press Ctrl+Enter
Tags:News of UkraineCrimeatrialUkrainianBalukh