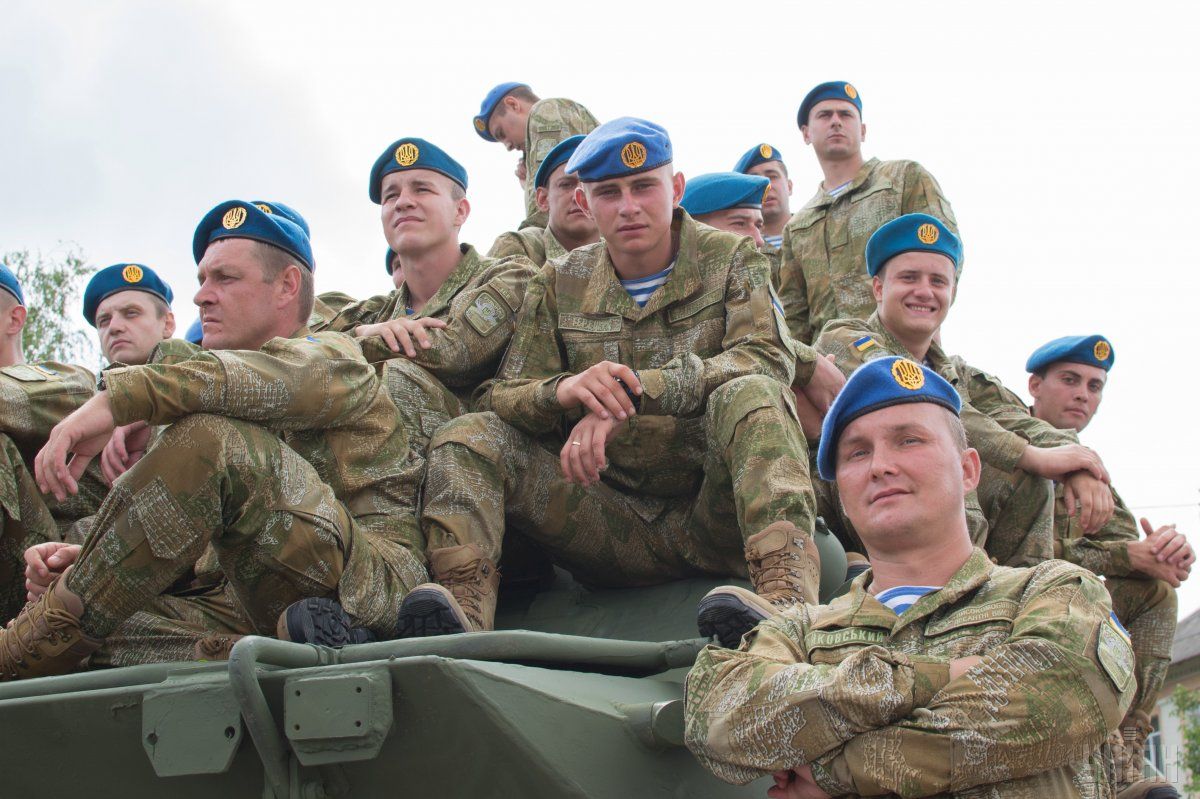 Dnipropetrovsk region, which borders on Donetsk region hit by war, is the first one to start celebration. All the festivities, including a parade and display of technology, are to be held there this year, the TSN news service reports.

Read alsoUkraine Navy Day marked in Odesa (Photos)Meanwhile, fighters who have survived in such hot spots of the Donbas war as the Donetsk airport call on their fellows to celebrate the day with dignity and without causing incidents, proving that the paratroopers are the elite of the Ukrainian army.

The Airmobile Forces were created in 1992. The holiday was established by a presidential decree in 2012. Prior to that, the Ukrainian military marked Airmobile Troops Day.

If you see a spelling error on our site, select it and press Ctrl+Enter
Tags:News of UkraineUkraineanniversary