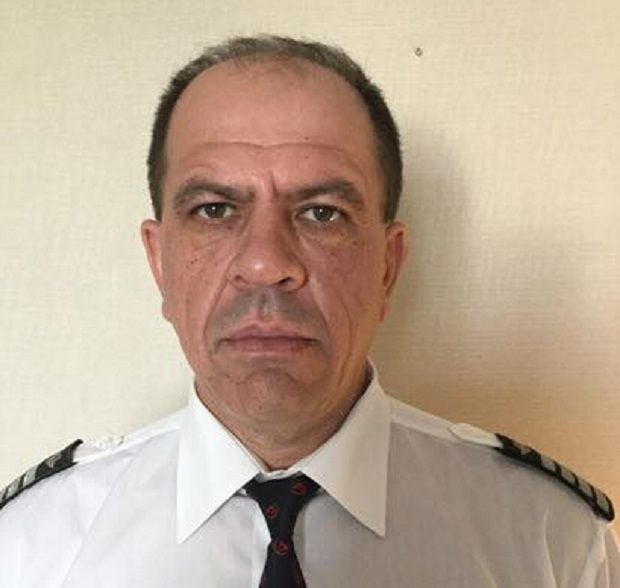 Now that enmity has ensnared a Ukrainian commercial airline pilot praised as a hero for safely landing a packed plane after massive hailstones smashed the cockpit windshield, according to RFE/RL.

The furor erupted days after the July 27 incident at Istanbul's Ataturk Airport when social-media users noticed that the pilot, Oleksandr Akopov, had prominently placed photographs of Russian Foreign Minister Sergei Lavrov on his Facebook profile.

Some Facebook users accused Akopov of loyalties to Russia, which Kyiv and the West say has backed separatists in eastern Ukraine with weapons and personnel in a war against government forces that has killed more than 10,000 since April 2014. Moscow denies the accusations.

"I don't know about you, but seeing this completely changes my attitude to this 'hero.' Pardon me. You can stone me, but I refuse to budge on my principles when it comes to Russian aggression," Facebook user Sergei Naumovich wrote in a hotly discussed July 29 post.

Some social-media users ramped up the criticism after Ukrainian President Petro Poroshenko said he had granted a state award for courage to Akopov, who landed the Airbus A320-200 – operated by Turkish airline AtlasGlobal – together with co-pilot Samer Salim while using the side windows instead of the damaged windshield.

Ukrainian journalist Alyona Lunkova accused authorities of exploiting Akopov's heroism for political purposes while turning a blind eye to what she alleged were his pro-Russian views.

Lunkova later wrote on Facebook that she had been threatened by another user after her post, publishing a screenshot of the message as evidence.

Akopov, who says he was born near Kyiv and lived in the eastern city of Donetsk before fleeing as the war there heated up, found many supporters in the social-media dustup as well, including among Ukrainian officials.

In a July 30 Facebook post, Ukrainian Infrastructure Minister Volodymyr Omelyan likened Akopov to U.S. pilot Chelsey "Sully" Sullenberger, who garnered worldwide fame after he made a successful emergency landing of a US Airways flight on the Hudson River off Manhattan in 2009. The "miracle on the Hudson" incident spawned books, documentaries, and a biopic.

"I can say without a doubt that his actions were exemplary, and that the skill he demonstrated was on par with what we saw in the 'Miracle on the Hudson,'" Omelyan wrote.

"Regarding Lavrov and the usual screams of 'betrayal,' – calm down. Mr. Akopov is a Ukrainian citizen," Omelyan added.

Moscow, meanwhile, has seized on the stir as evidence of what it frequently portrays as a pathological hatred of Russia in Ukraine following the 2014 ouster of Ukrainian President Viktor Yanukovych, a Kremlin ally, that preceded Russia's Crimea land-grab and the war in the east.

Late on July 31, the Russian Foreign Ministry appealed to Akopov in a Facebook post, saying it would "be happy" to welcome him in Russia "if you continue to face criticism in your homeland."

Russian state television, meanwhile, said Akopov had been swept up in a "wave of anti-Russian hysteria," and a senior lawmaker from President Vladimir Putin’s ruling party said Moscow could fast-track Russian citizenship for Akopov under a new law simplifying the procedure for Ukrainians.

Read alsoUkrainian An-132D performs impressive demo flight at Paris Air Show 2017 (Photo, video)Akopov, for his part, finally gave his take on the controversy – and an explanation of the Lavrov images – in an interview with the Russian-language Ukrainian news portal Strana.ua published July 31.

The pilot said that he had used the collage of three images – two of the Russian foreign minister and one of himself that was taken by a crew member – "for no other reason than I look like Lavrov."

Akopov declined to go into details about his opinions on the war in eastern Ukraine but said he is "very worried" about the conflict, which drags on despite an internationally brokered 2015 peace deal. He added that he does have "sympathies toward Russia."

"Sympathy toward Russian hockey. And toward Ukrainian soccer. But I live and work in Ukraine. There’s no point in accusing me of separatism," he told Strana.ua.

Akopov said he has been flying for three decades and for AtlasGlobal since the war in eastern Ukraine broke out.

The Cyprus-bound plane that Akopov captained was carrying 121 passengers and six crew members when it left Istanbul on July 27.

It reached 1,219 meters before being hit by a barrage of hail, causing damage to the windshield and nose that prompted Akopov's decision to return to the airport, AtlasGlobal said in a statement.

In the AtlasGlobal statement reported by Turkish media, Akopov explained that they used the angled approach in order to see the runway from the side window during the landing.

Akopov was nonchalant in a television interview after the incident, telling a Ukrainian channel: "You know, I've been flying for 31 years. Did you see how the plane landed? It was fine. The passengers are alive."

He told Strana.ua that he was aware of the online controversy over the Lavrov photographs, calling it "unpleasant, of course."

"But you can't tape every mouth shut. These are the times we're living in," Akopov was quoted as saying.

Asked about his telephone call with Poroshenko, Akopov declined to go into detail about a "private" conversation, but he said the Ukrainian president "didn't say anything about the photo of Lavrov."

"People at that level don't discuss – pardon the expression – such baloney," he said.

If you see a spelling error on our site, select it and press Ctrl+Enter
Tags:News of UkraineUkrainepilot