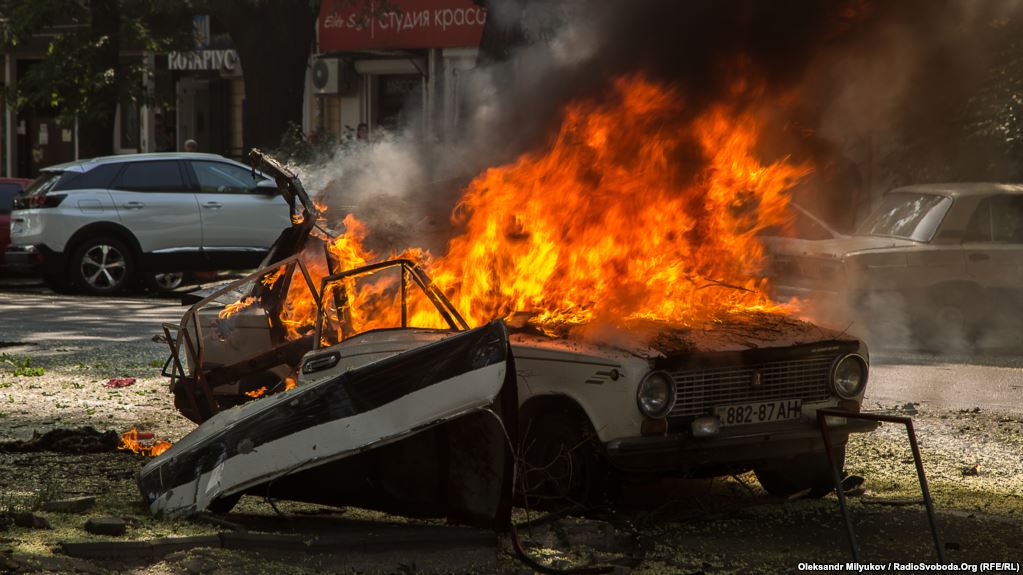 The suspect, who is believed to have organized the terrorist act in the center of Odesa, was detained on August 2 by a team of SBU operatives, prosecutors, and police.

It is noted that law enforcers first detained near the line of contact in a conflict zone in eastern Ukraine the perpetrator of the terrorist act, an internally displaced man from the occupied areas. Later into the special operation, the operatives arrested his accomplice in Odesa, who operated under the guise of a refugee from the so-called Donetsk People's Republic ("DPR").

Read alsoCar explodes outside office of patriotic organization in OdesaEmployees of the Security Service of Ukraine found that the detainees were part of a covert group set up by Russian intelligence operatives to destabilize the situation in southern Ukraine. Training and payment were carried out in the territory of Russia, the law enforcers say.

The SBU documented the criminals' contacts with their Russian supervisors, including via encrypted communication channels.

As UNIAN reported, on July 24, a black VAZ 2101 vehicle exploded in the center of Odesa. An improvised explosive device was used, according to CSI experts.

If you see a spelling error on our site, select it and press Ctrl+Enter
Tags:News of UkraineRussiaUkraineSBUterrorismhybridwarraidarrestcarblast