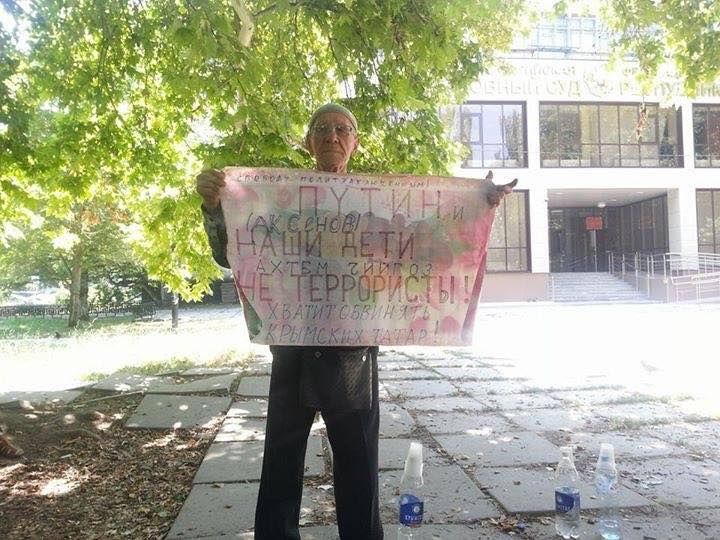 The activists picketed the buildings of the Russia-controlled Supreme Court, Interior Ministry, parliament, and government in the Crimean capital, Simferopol, on August 14.

Lawyer Emil Kurbedinov told RFE/RL that his colleague, Edem Semedlyayev, was with four of the activists who were being questioned at a police station.

Karametov was detained on August 8 while demonstrating in Simferopol in support of Crimean Tatars who have been prosecuted by Russia since it seized the Ukrainian peninsula in 2014.

Amnesty International has urged Russia to release Karametov immediately, calling him "a prisoner of conscience, with Parkinson’s disease."

Russia has been sharply criticized by international rights groups and Western governments for its treatment of members of the indigenous Turkic-speaking Crimean Tatar minority.

If you see a spelling error on our site, select it and press Ctrl+Enter
Tags:News of UkrainedetentionCrimeanTatarsSimferopol