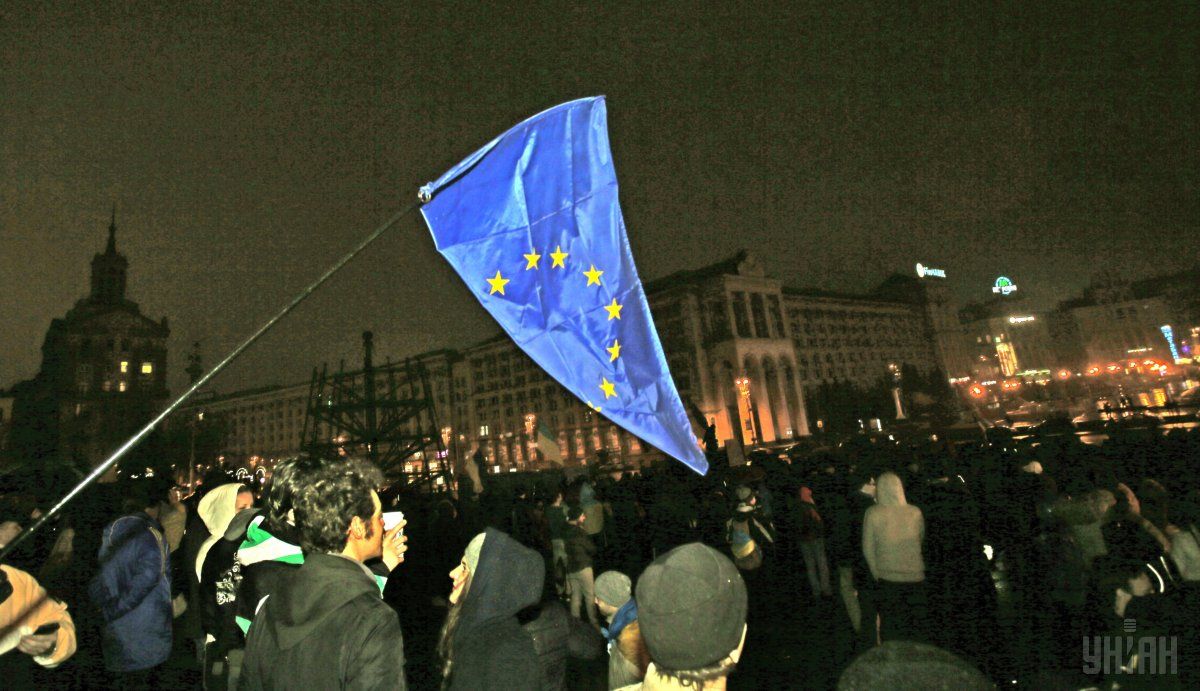 Canadian-Ukrainian theater-makers Mark and Marichka Marczyk crafted the play out of their own experience - they were both participants in the protests, according to independent.ie.

The storytelling involves massive video projections of events from the street protests in Kyiv, some of which are mirrored on the stage. Black-and-white projected text provides some clarity. The singing is done in Ukrainian, incorporating folk songs with simple lyrics. The yellow-and-blue flag of the Ukraine is deployed, and the European Union flag also gets prominent treatment.

Read alsoNABU Lawyer: A mere 15% of judges who prosecuted Maidan activists dismissedThe confusion and complexity of the improvised protests are well captured, the publication wrote, channeling to the audience popular fear that the government has hired thugs to infiltrate the protest.

Late in the show the authors switch from the Maidan protests in Kyiv to the subsequent Russian annexation of Crimea and the Donbas hostilities.

Read alsoUkraine's chief prosecutor expects completion of Maidan investigation by year-endSome audience members will get to throw bricks (made of soft stuff) and flowers, eat food, and join in a wedding dance. The objective of the show is to recreate the energy of revolution, and in this it succeeds. But as an analysis of the politics, the complexities slip out of focus, the publication wrote.

If you see a spelling error on our site, select it and press Ctrl+Enter
Tags:News of UkraineUkraineMaidanTheaterplayrevolutionofdignityIreland