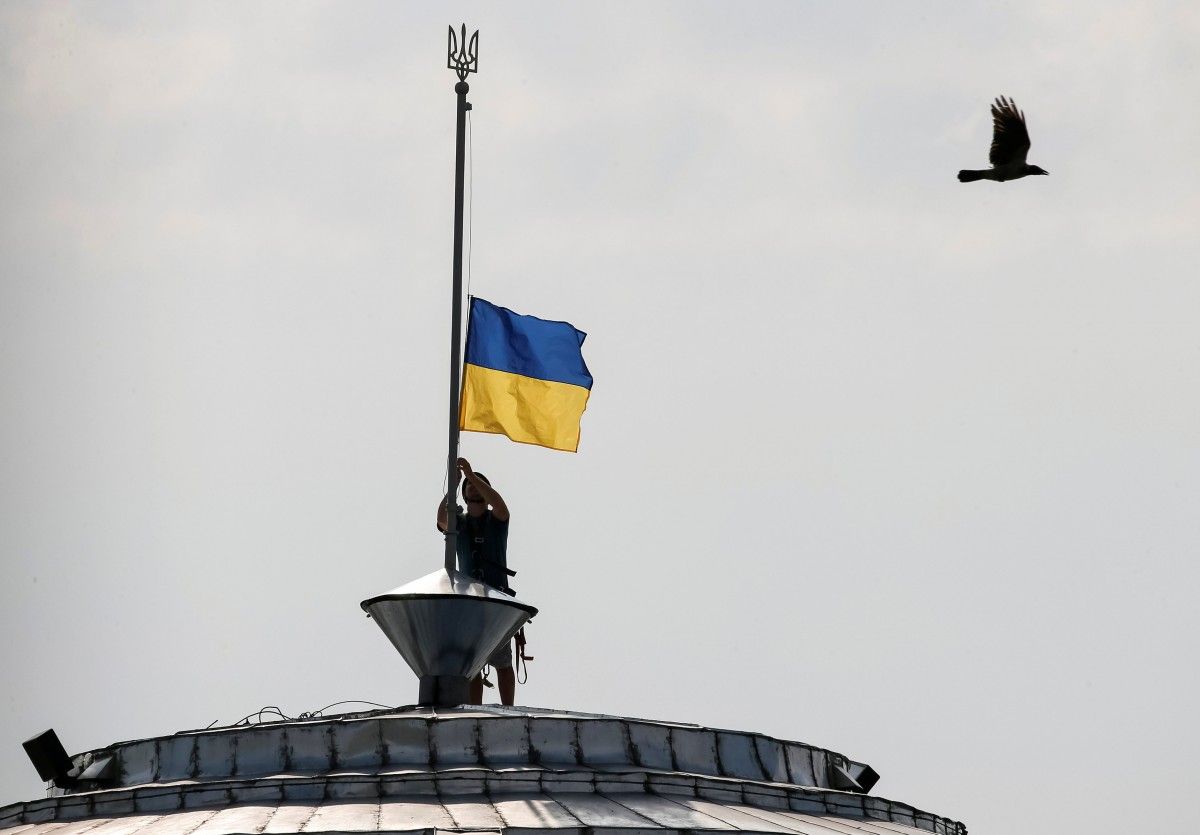 Ukrainian President Petro Poroshenko and Prime Minister Volodymyr Groysman have congratulated the Ukrainians on the occasion.

"The Ukrainian flag is a symbol of the indestructibility of the spirit of the Ukrainian people and the will to win," Poroshenko said in an address on Facebook during the broadcast of the solemn flag raising on Kyiv's St. Sophia's Square.

"I believe that our greatest victories in the name of Ukraine are yet to come, and the blue-and-yellow flag will fly over Donetsk, Luhansk, Simferopol and Sevastopol! I wish everyone peaceful blue sky and generous fruit of our land – yellow-gold from wheat ears and sunflower! I sincerely congratulate everyone on National Flag Day!" the president said.

Read alsoIndependence Day parade in Kyiv to involve 231 foreign military"Congratulations on Flag Day! Under this banner, the Ukrainians have claimed their desire for independence and unity. It symbolizes the beauty of our nature, diligence and freedom of our people. Under the blue-yellow flag, our fearless soldiers defend the country from the aggressor," prime minister Volodymyr Groysman wrote on Facebook.

"May it continue to unite the Ukrainians east to west and north to south," Groysman said.

UNIAN memo. National Flag Day is celebrated annually on August 23. The day was established to honor the centuries-old history of the creation of the Ukrainian state and the state symbols of independent Ukraine, as well as to foster citizens' respect for the state symbols of Ukraine, under a decree issued by second Ukrainian President Leonid Kuchma on August 23, 2004.

In 2009, Viktor Yushchenko, Ukraine's third president, made amendments to the decree, establishing an annual official flag-raising ceremony on August 23 in Ukraine.

If you see a spelling error on our site, select it and press Ctrl+Enter
Tags:News of UkrainePoroshenkoUkraineGroysmanholiday