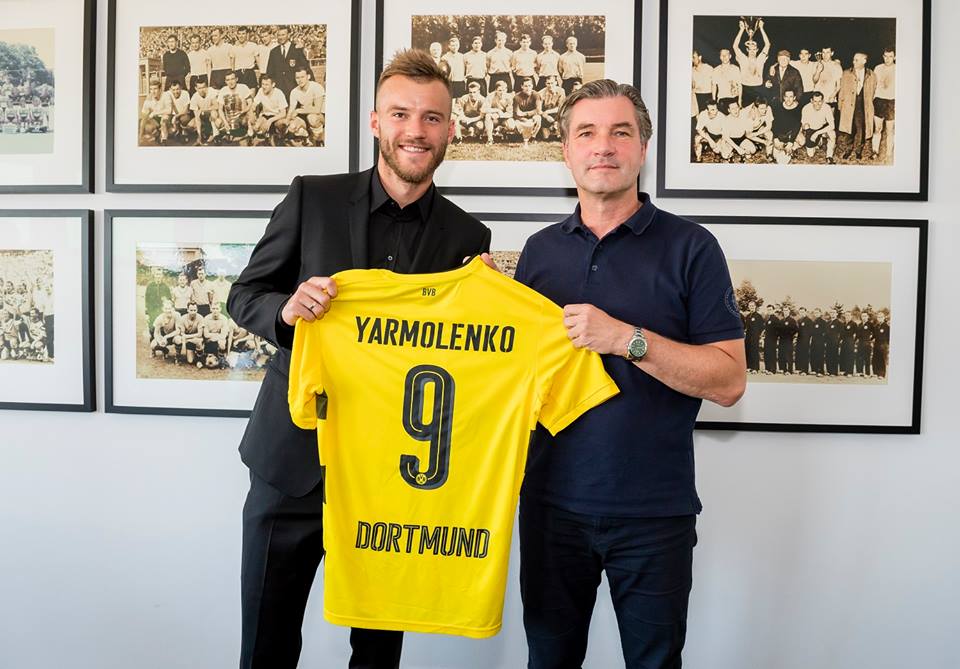 The 27-year-old, who will wear the No. 9 shirt, has spent his entire professional career at Dynamo, making 339 appearances over the course of 11 seasons and scoring 137 goals, SuperSport wrote.

"I'm very grateful that Dynamo Kyiv has allowed me to fulfill my dream by moving to a big European club," he said in a statement on Dortmund's website. "I will work hard in training to help BVB reach their highest goals."

Read alsoDynamo Kyiv 3-1 home winners against Young Boys BerneFrance international Dembele, who scored 10 goals and provided 20 assists in all competitions to help Dortmund finish third in the Bundesliga last season, was sold to Barcelona on Friday for EUR 105 million.

The deal's add-ons will make it the second most expensive transfer of all time.

Yarmolenko, who won three Ukrainian league titles with Dynamo, has made 69 appearances for Ukraine, scoring 29 goals. "Andriy is a player we've been following for some time," said Dortmund's sporting director Michael Zorc.

If you see a spelling error on our site, select it and press Ctrl+Enter
Tags: #News of Ukraine#Ukraine
Latest news