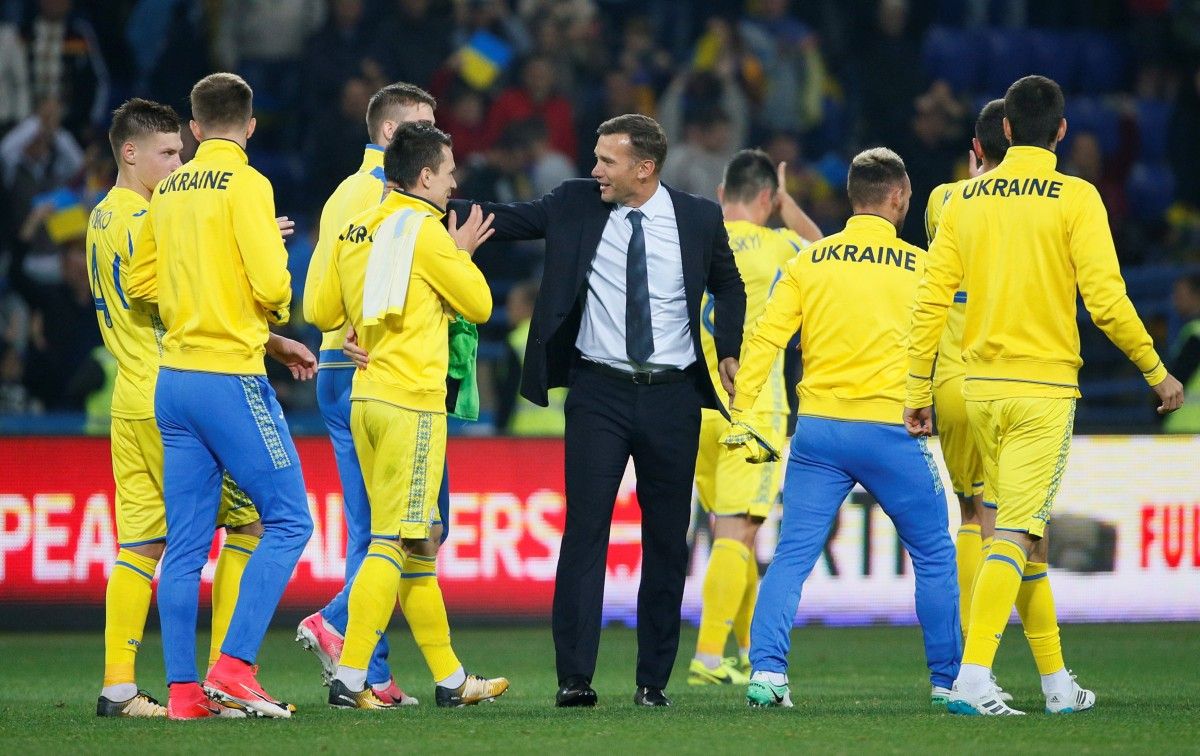 "The home side moved top of the table thanks mainly to a dominant first-half display in Kharkiv, and an Andriy Yarmolenko double. The Ukraine No7 rounded off a swift passing move by steering in a mis-hit Viktor Kovalenko shot to open the scoring in the 18th minute; three minutes before half-time, Borussia Dortmund's new signing kept his head to calmly evade a collection of defenders and slot in Yevhen Konoplyanka's pull-back to make it 2-0," the UEFA's official website said in an update.

In other Group I matches, Finland beat Iceland, 1-0, at home, while the Croatia-Kosovo match was postponed until Monday due to the bad weather at the 27th minute of the match in Zagreb.

Thus, the Standings in Group I as of now are the following: Ukraine has 14 points, Iceland and Croatia 13 each, Turkey 11, Finland 4, and Kosovo 1.

Ukraine will play the next game with Iceland in Reykjavik on September 5.

If you see a spelling error on our site, select it and press Ctrl+Enter
Tags: #News of Ukraine#Kharkiv#football#UEFA#FIFA#WorldCup
Latest news