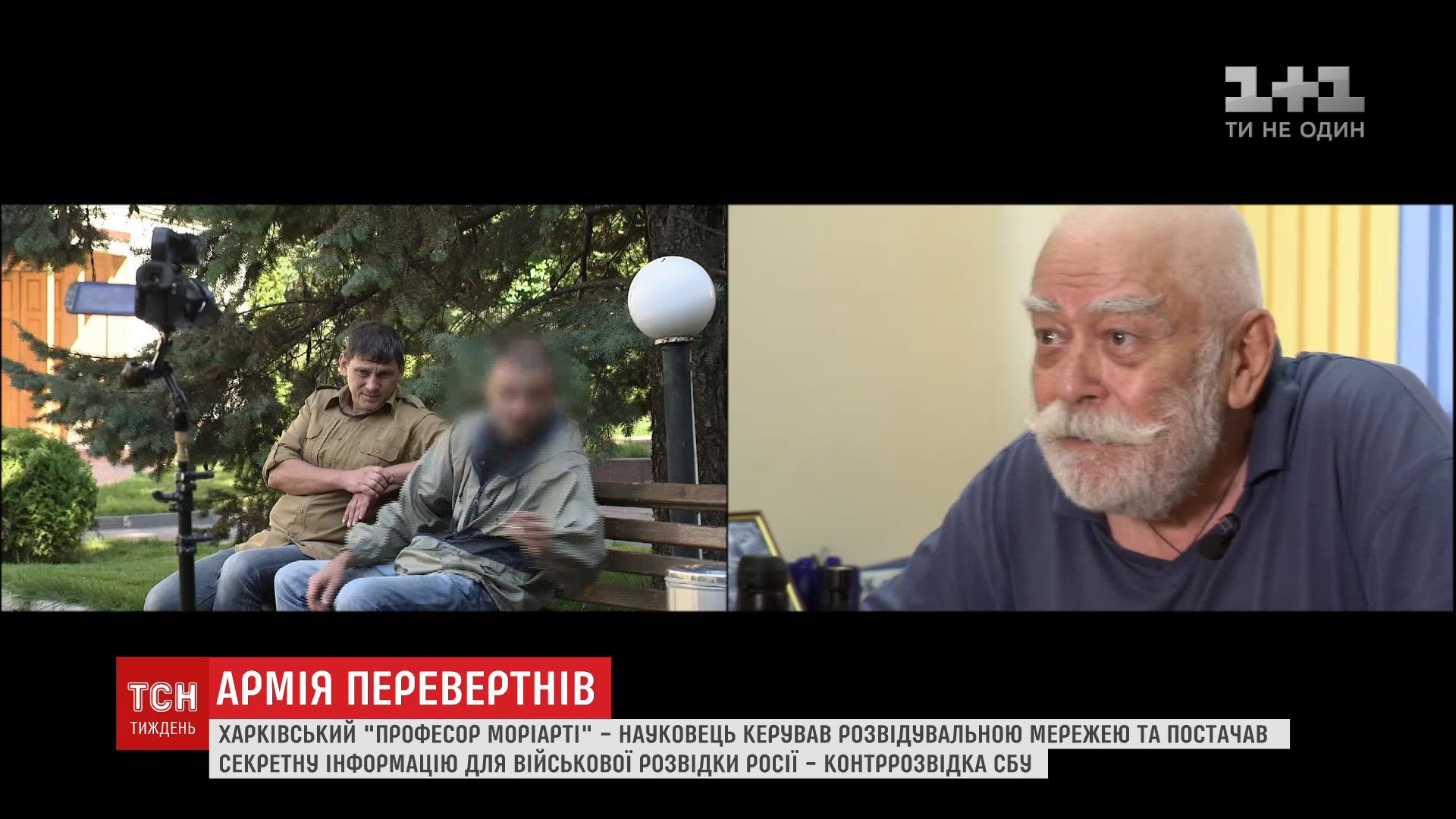 The SBU counterintelligence operatives revealed that the leader of a Kharkiv-based 18-strong terrorist cell was in fact a rather successful local scientist who had skillfully convinced other locals into clandestine cooperation to avenge for the failure of the so-called “Kharkiv People’s Republic” project, TSN Tyzhden reports.

After the cell was exposed by the SBU, pro-Russian media attempted to raise public hype by claiming that the law enforcers detained an ordinary pensioner.

However, the man in question, Mehti Logunov, says: "If I were younger, I would join Strelkov [aka Igor Girkin, one of Russia’s masterminds behind the start of hostilities in Donbas against the Ukrainian forces]!"

Unable to do so due to a senior age, the man chose to convince vulnerable Ukrainian men to join the ranks of armed Russian proxies in Donbas. Logunov offered a young man who just got out of prison to undergo training at a sabotage training camp in Russia. The cache with weapons for the newly-recruited agent was located not far from his house, as seen from a corresponding map found in the group leader’s house.

In another occasion, a local interpreter who goes by the name “Olha” was lured into cooperation through psychological pressure. Logunov would who the distressed woman graphic pictures of Donbas children killed in fighting, telling her that it was the Ukrainian troops who killed them, and thus inciting an anti-Ukrainian attitude. At the group leader’s request, the woman translated to foreign languages various fake stories aimed at the Western audience.

Read alsoSBU nabs coordinator of sabotage network working for Russian intel across Kharkiv regionLogunov admits that his propaganda weapons worked well. He recalls that his texts made it to the pro-Russian deputies of the German Bundestag.

"I sent the material to [German MP] Sahra Wagenknecht. When she spoke in parliament and she said those words - those were my words," Mehdi Logunov said.

And these statements were immediately picked up by Russian propaganda networks claiming that this was the position of the whole Bundestag.

The clandestine group’s leader was also focused on the works of the Kharkiv Institute of Physics and Technology, especially in the data on locations where radioactive waste is stored.

He also shared with Russian intelligence information on military facilities and weapons, personal data of Ukrainian military and pro-Ukrainian activists in the area.

Apparently being interested in obtaining intel on secret developments of the Ukrainian defense industry, he met with one of the developers of the new armor-reinforcement technology.

In a sting operation by Ukraine’s counterintel, Logunov was finally detained after the young scientist, who had timely alerted the SBU of the man’s criminal intentions, provided enough evidence for court.

If you see a spelling error on our site, select it and press Ctrl+Enter
Tags:News of UkraineRussiaUkraineSBUhybridwarpropagandaintelligencesabotage