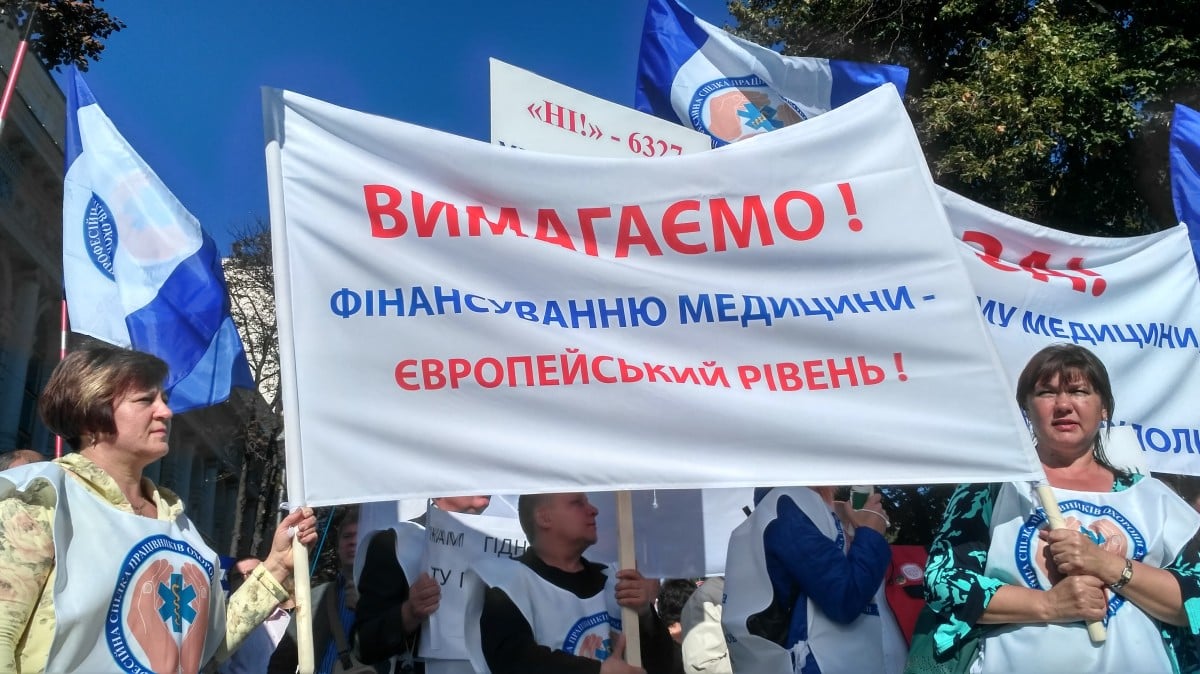 It was reported earlier that signatures had been collected by union activists in healthcare facilities across the country to ensure government reaction to the problem of wage arrears.

"To prevent traditional year-end arrears on salaries for physicians, the Ministry of Health prepared a draft Cabinet order on the allocation of a medical subvention reserve from the state budget to local budgets in 2017," the report said.

The order is expected to be adopted at the next meeting of the Cabinet.

Acting Health Minister Dr. Uliana Suprun said that "no striking changes in the financial support of healthcare specialists are possible due to the outdated management system, which should be updated by healthcare reform."

Read alsoG7 Ambassadors vow support of Suprun's healthcare reform in Ukraine"Without the adoption of relevant laws by parliament, the situation will not change fundamentally, while the deficit and wage arrears will continue to arise annually," she said.

As UNIAN reported earlier, a "doctors' strike" was held outside the Verkhovna Rada on September 19.

Read alsoBill on healthcare reform ready for 2nd reading - ministryProtesters from the trade unions of health workers demanded the increase of medical subvention by almost UAH 4 billion ($153 million), appointment of a minister, increase in salaries and repayment or wage arrears, reform of the healthcare system in line with the Constitution and current legislation, and that the government take into account the position of the trade union. 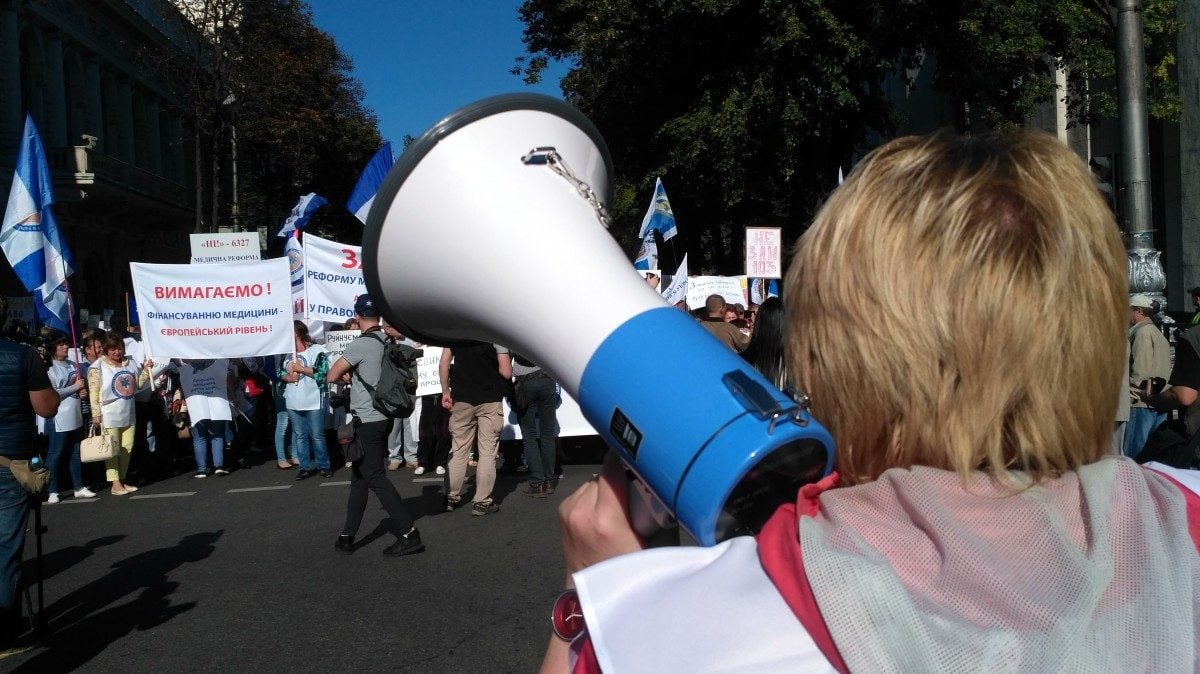 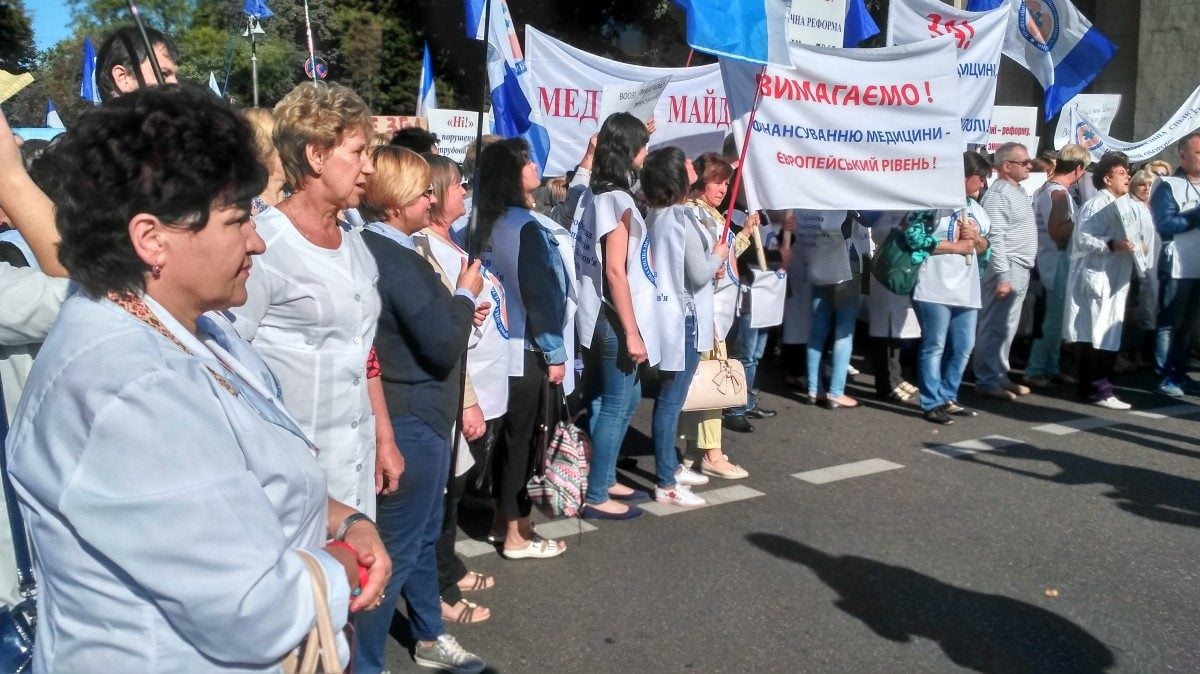 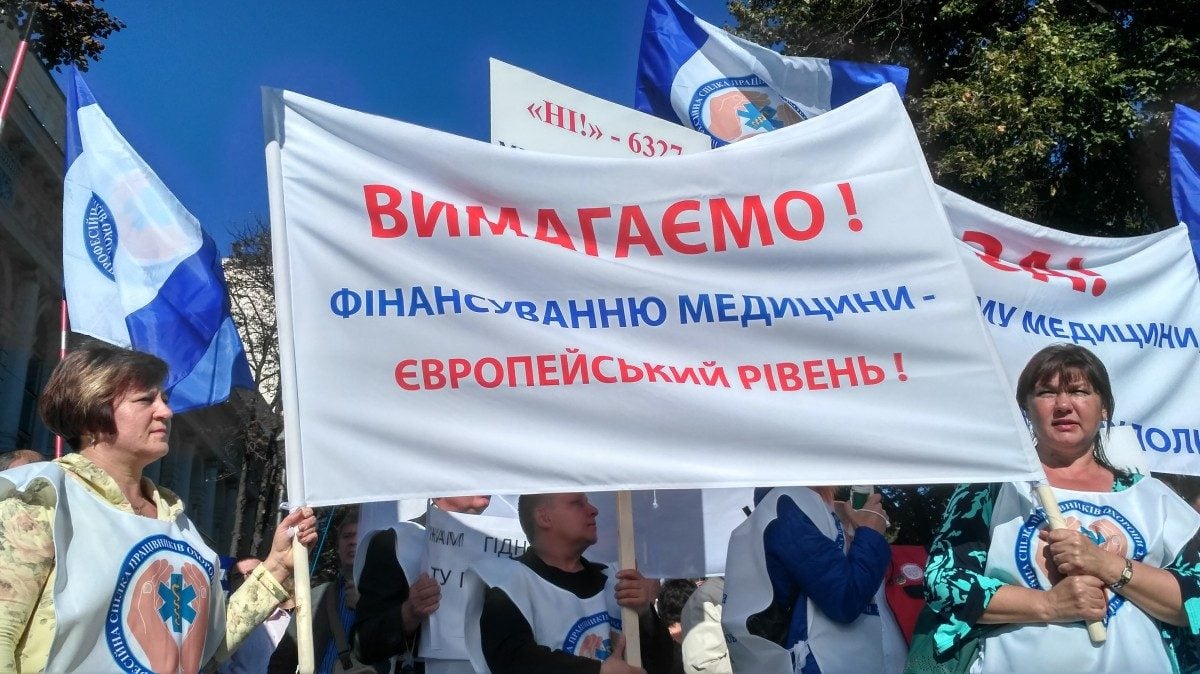 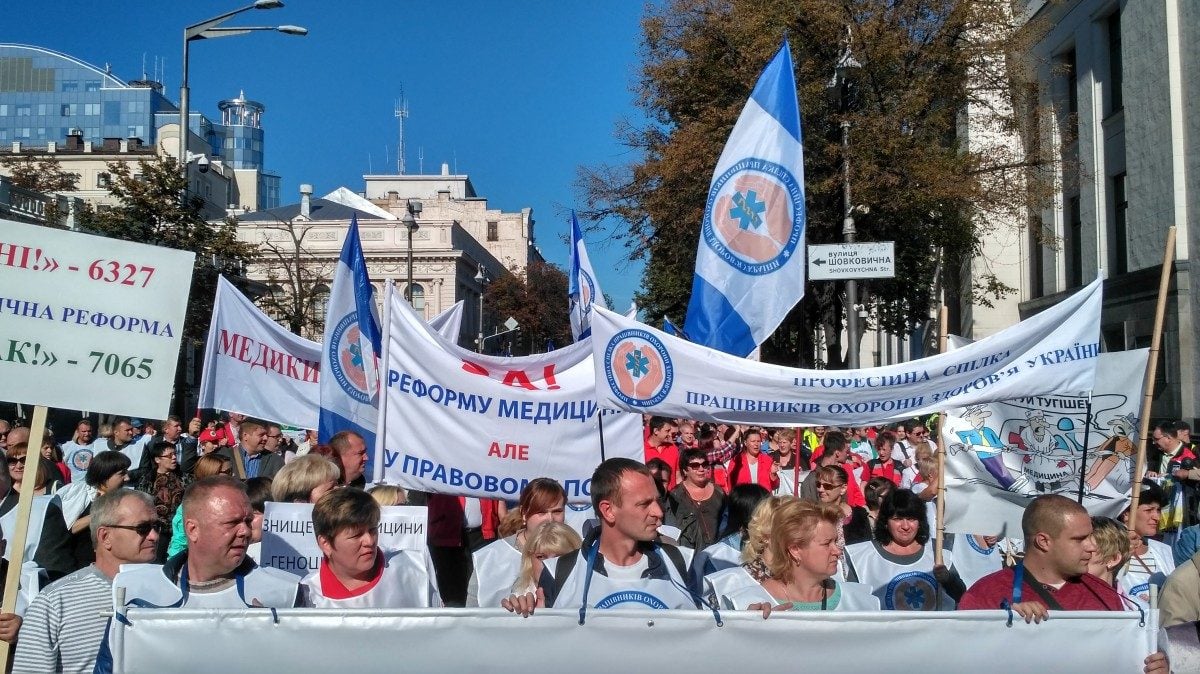 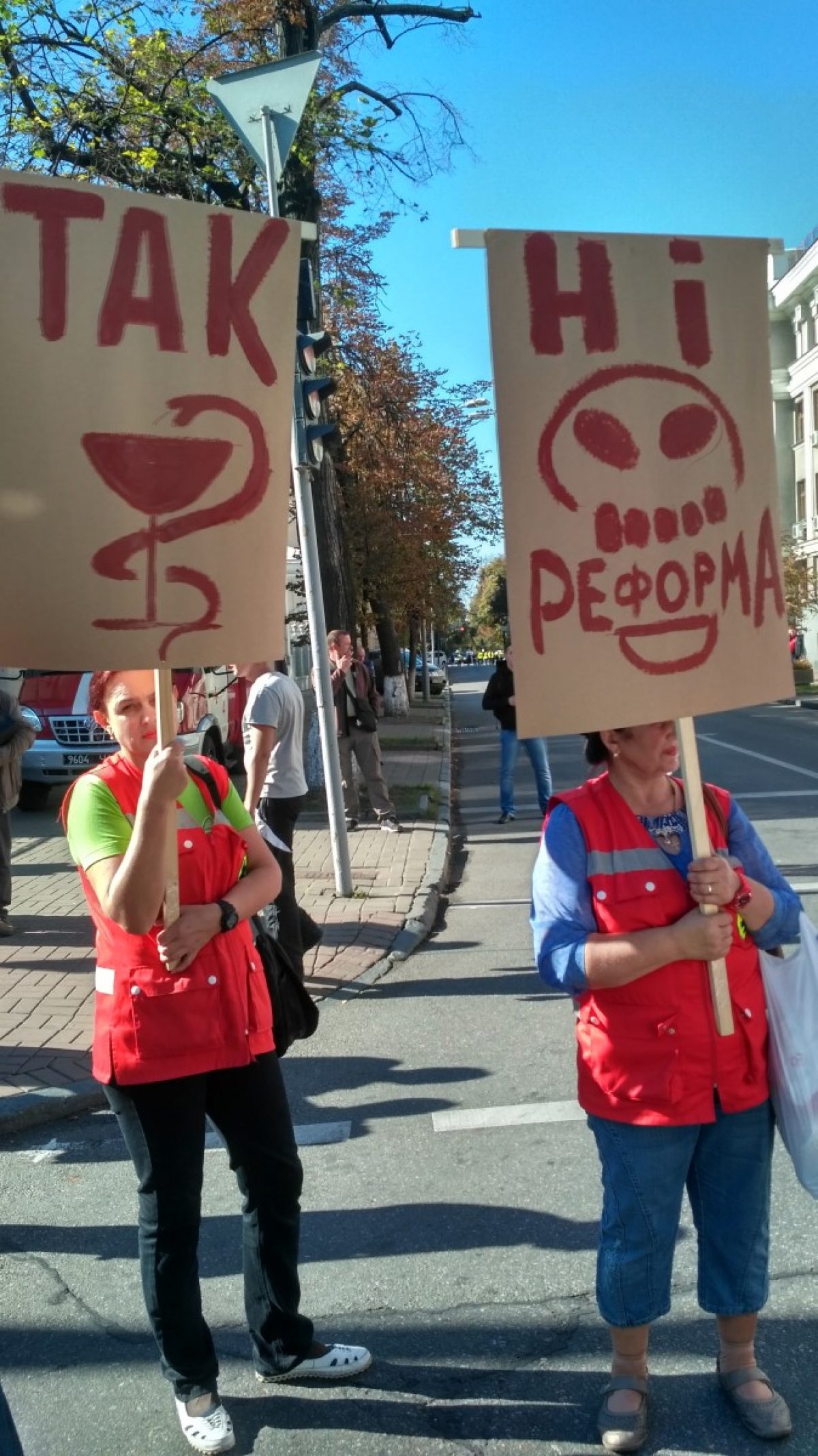 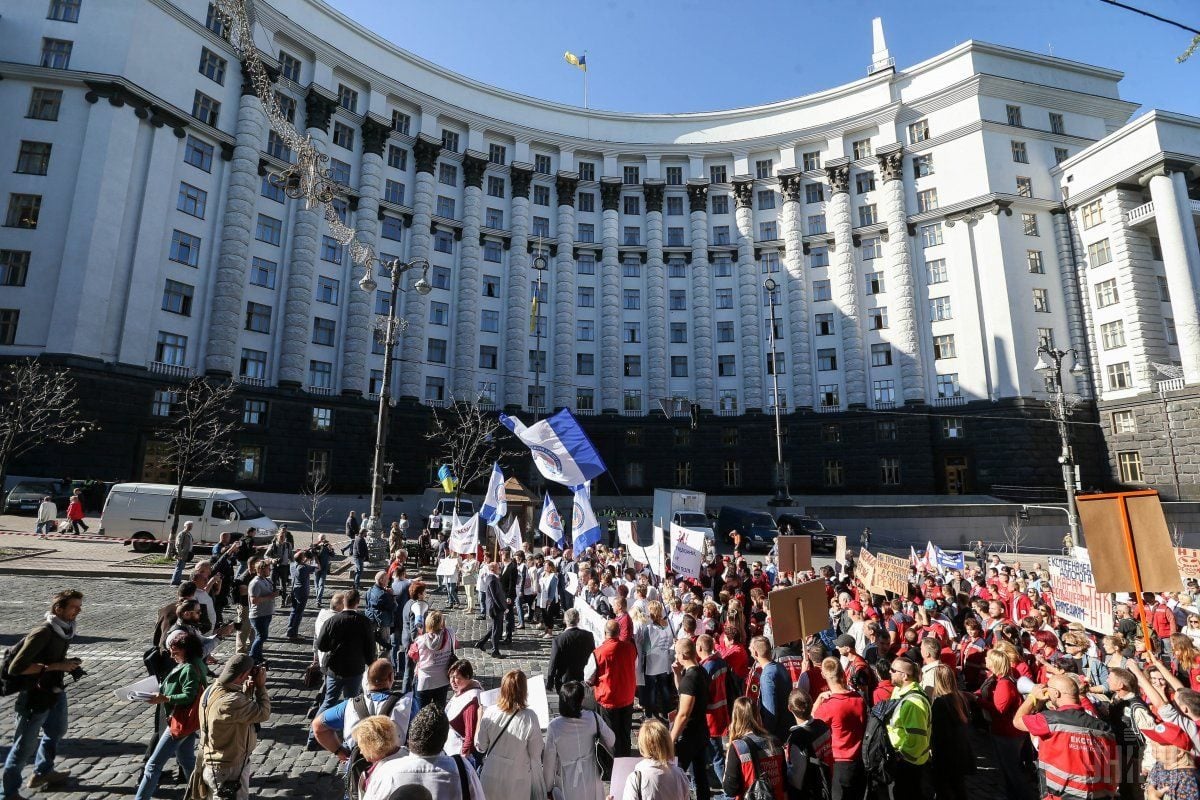 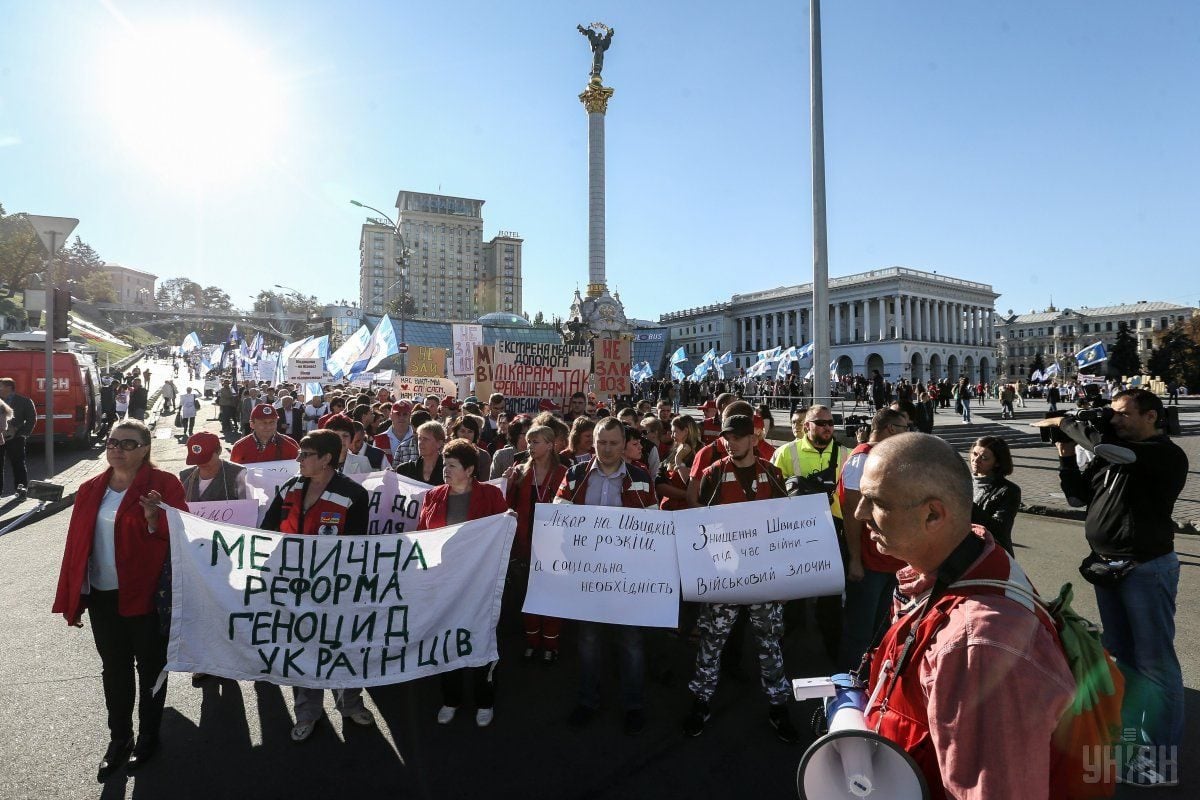 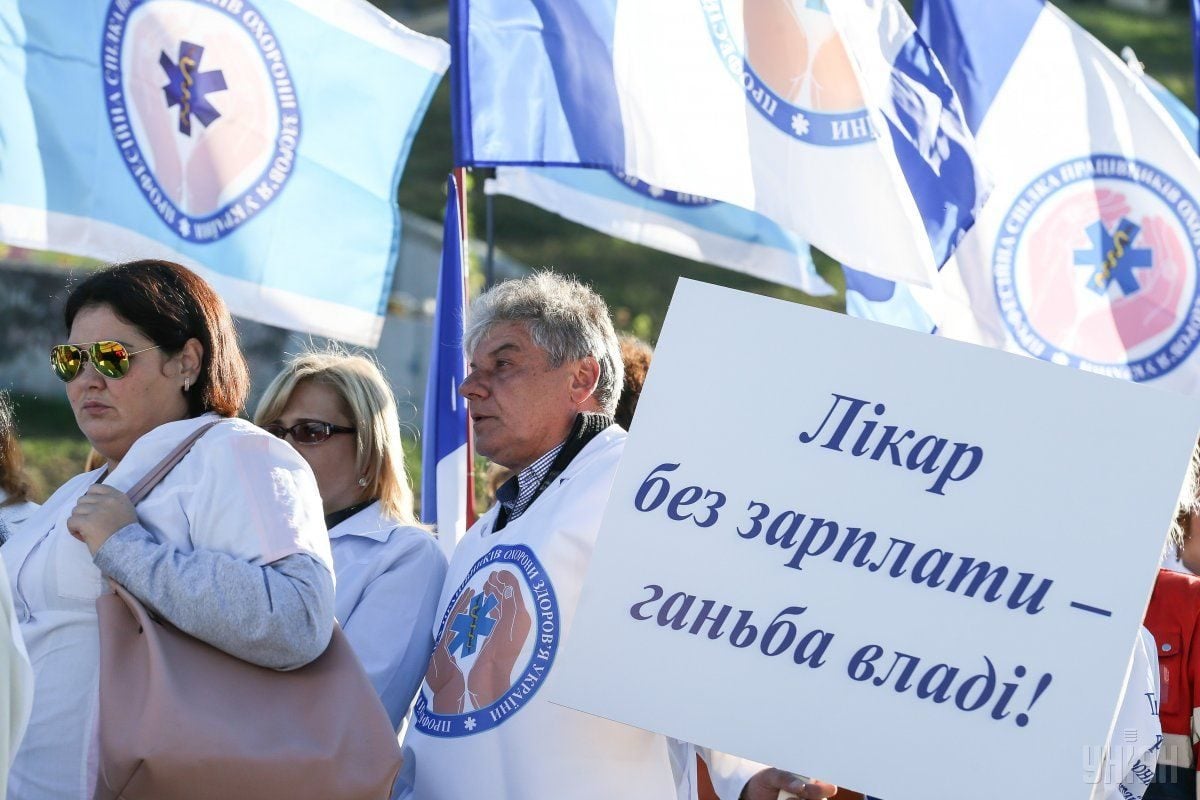 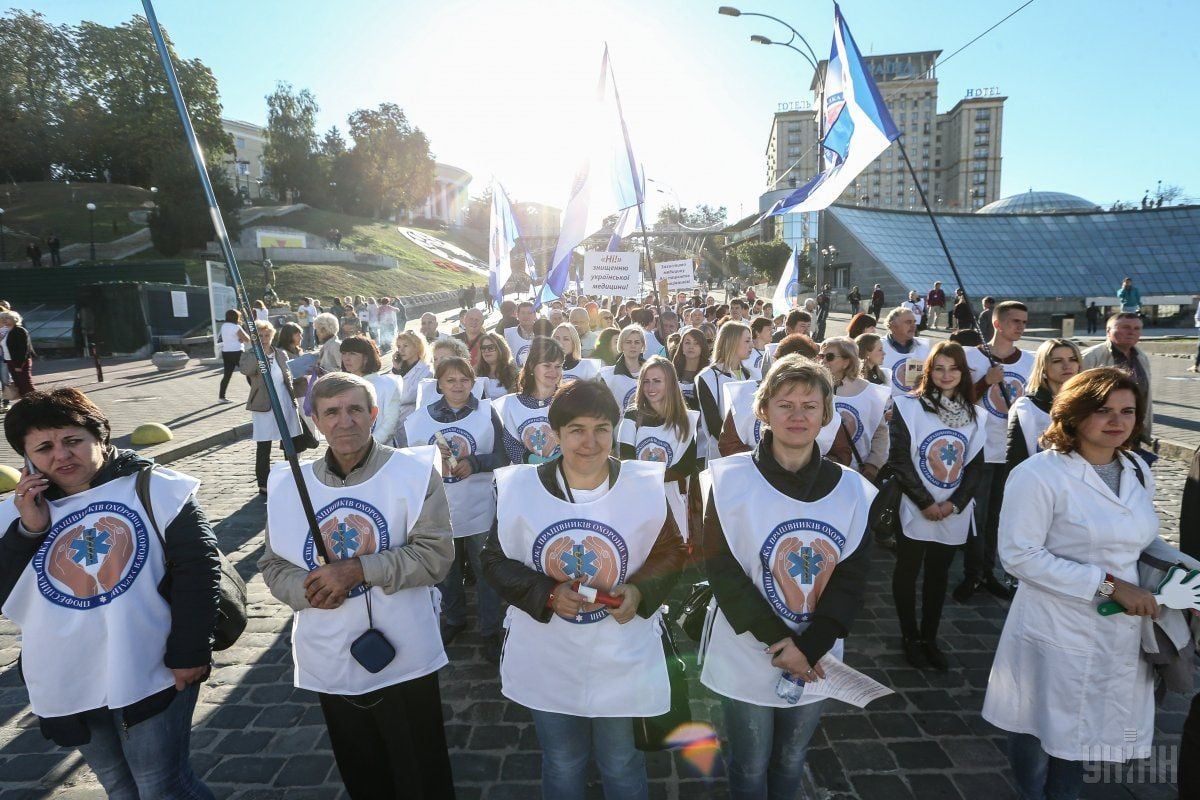 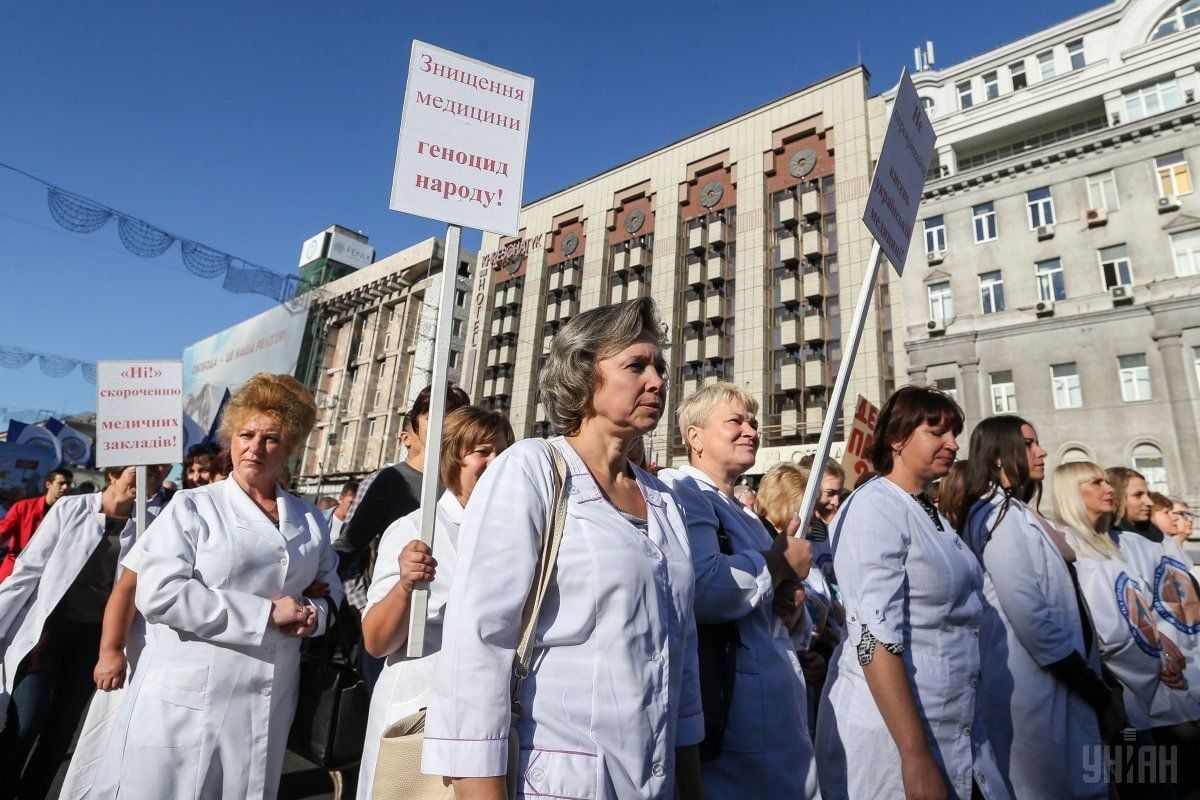 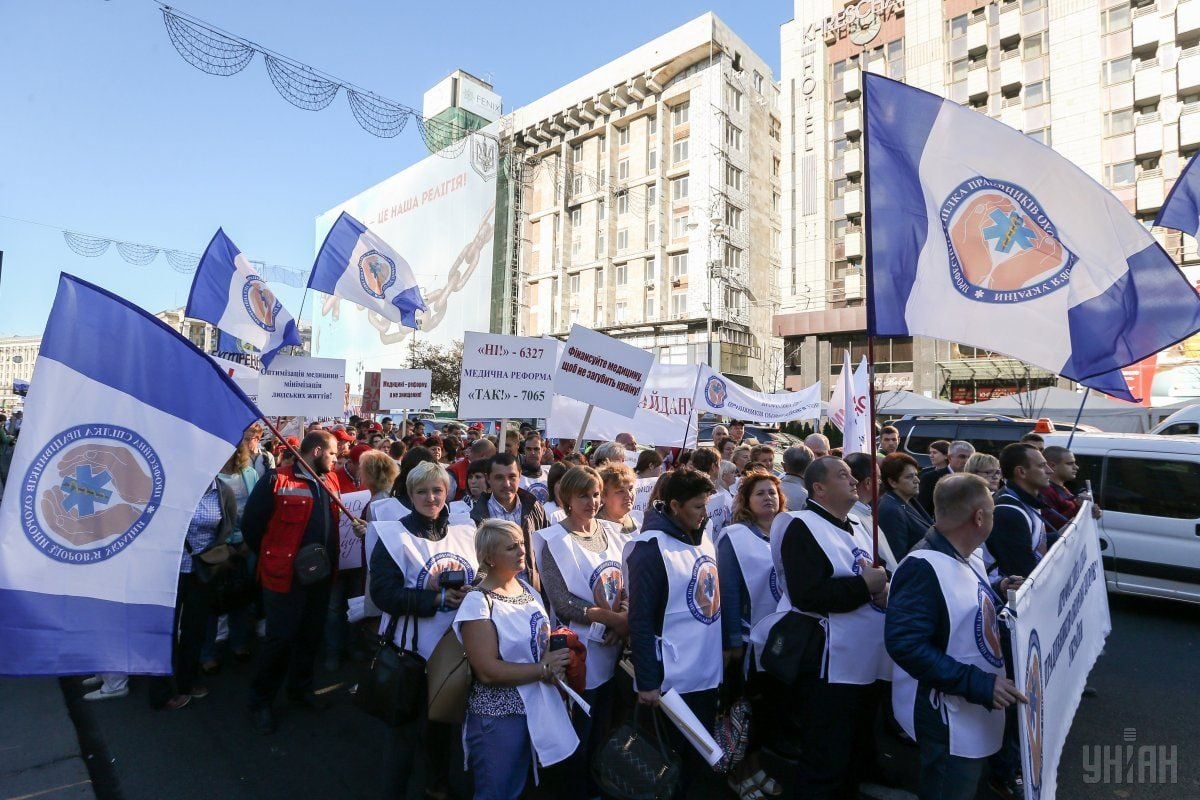 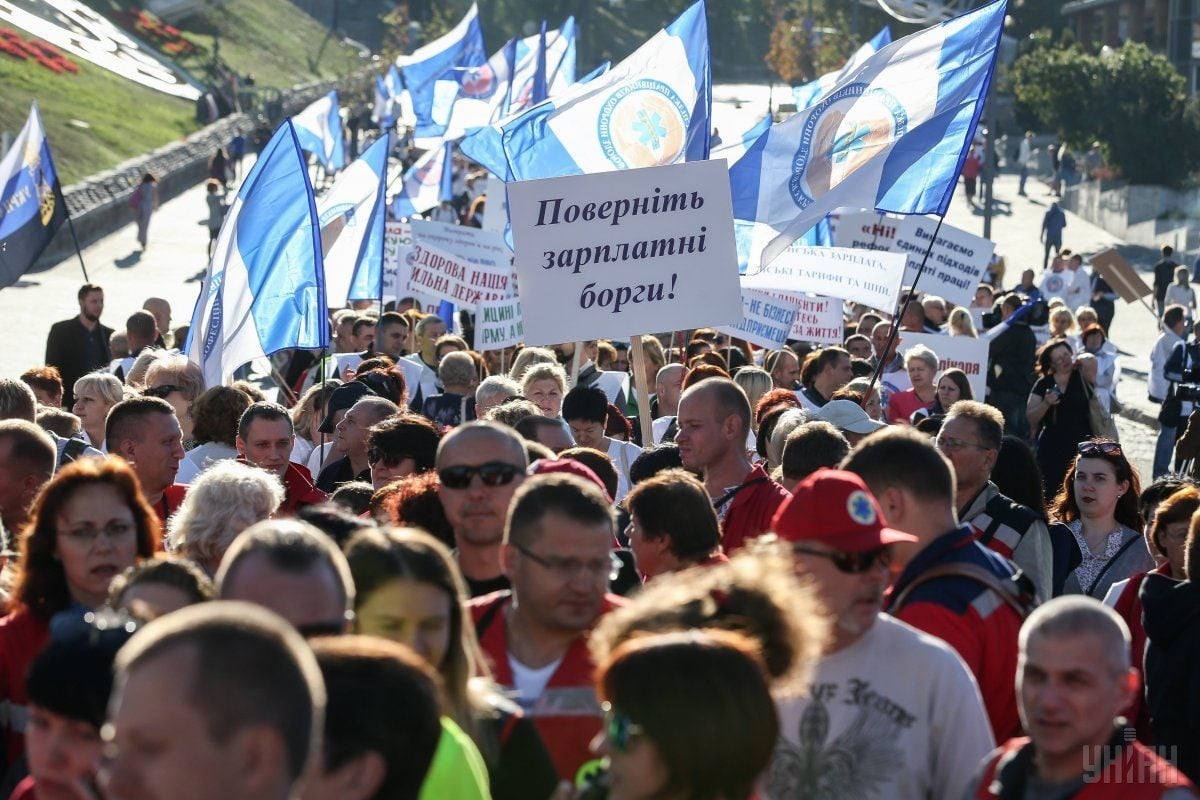 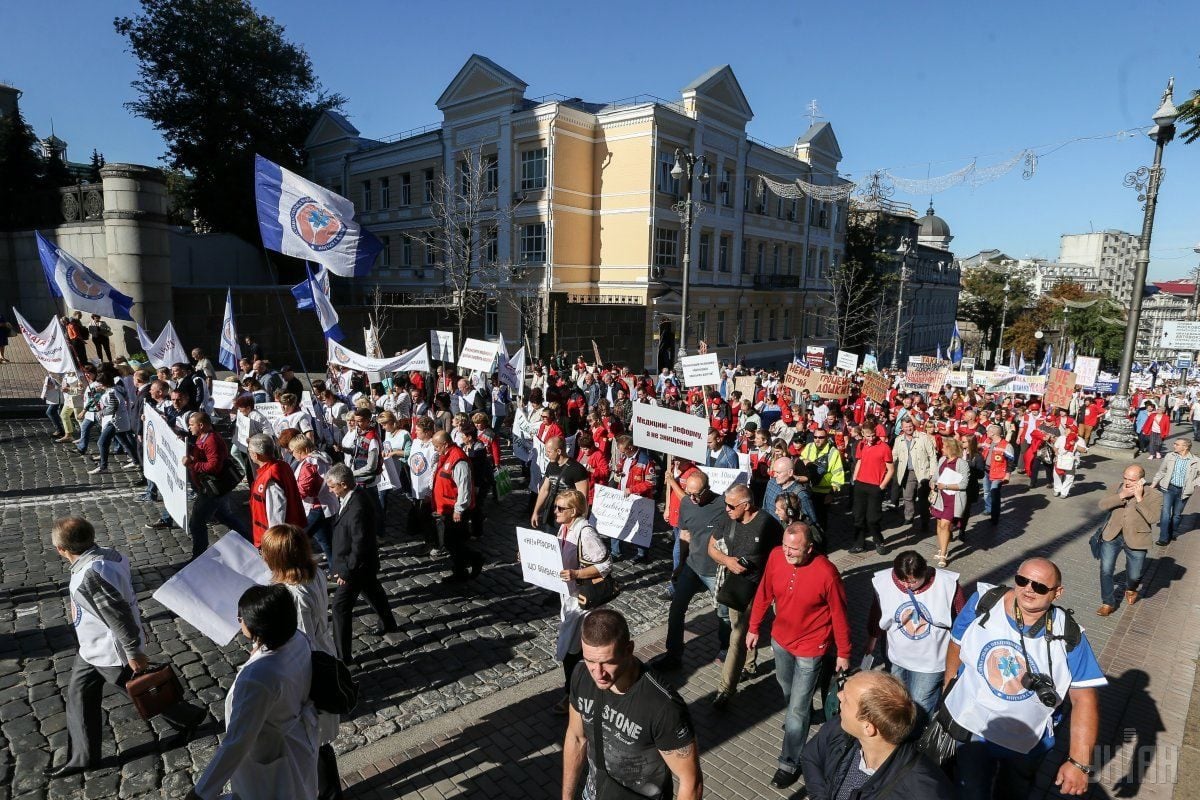 © UNIAN
If you see a spelling error on our site, select it and press Ctrl+Enter
Tags:News of UkraineUkrainereformSuprunrallyhealthcarewagearrears