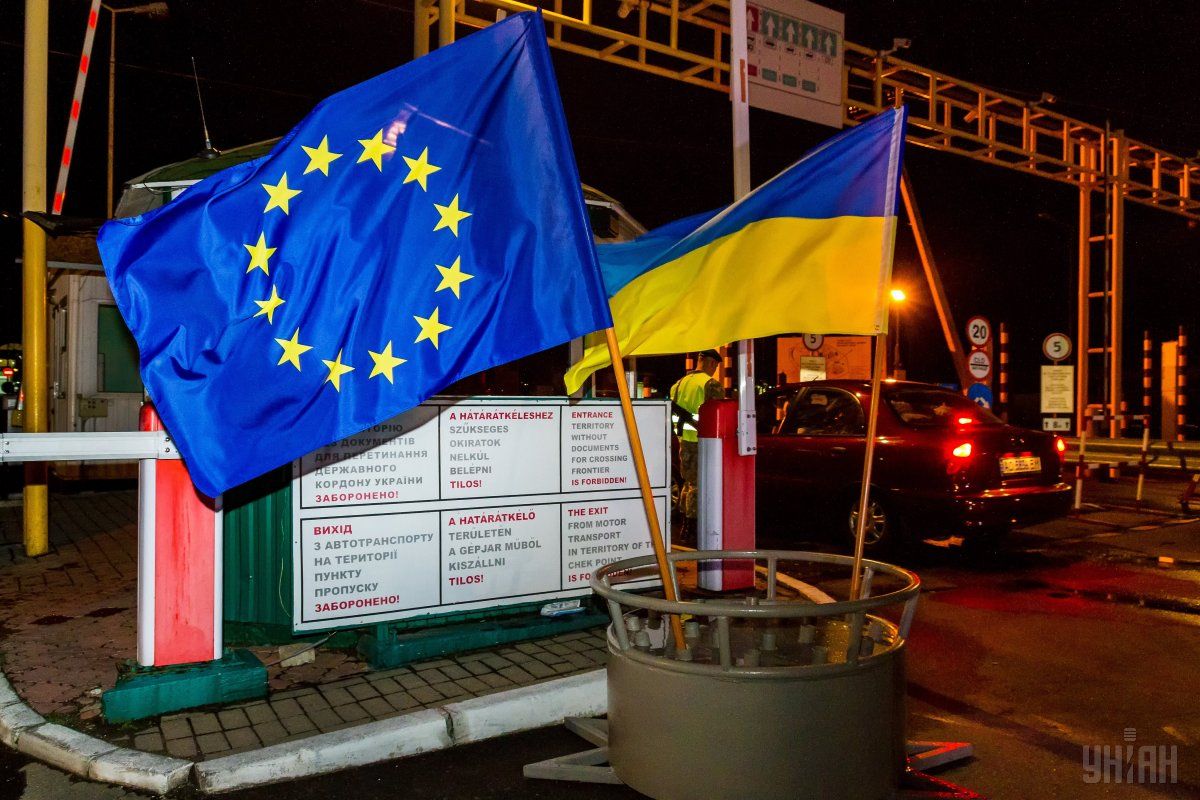 "The first three months of visa-free travel produced impressive results. According to the State Border Service of Ukraine, 5,799,360 citizens of Ukraine (as of September 11, 2017) entered the EU during three months after the entry into force of the visa-free regime," it said.

Read alsoNearly 1,500 people from Russia refused entry into Ukraine in first five monthsOnly 61 Ukrainian nationals have been refused entry to the EU during the visa-free travel period – that is, 0.026% of the total number of visa-free travellers. The main reasons for entry denial included exceeding the duration of stay in the EU during previous trips and lack of documents confirming the purpose and conditions of stay in the EU.

During the first 100 days of visa-free travel between Ukraine and the EU, the EU-funded "Open Europe" campaign website www.openeurope.in.ua was visited by 410,000 people. The website provides detailed explanations of the rules and possibilities of visa-free travel – the role of the biometric passport, rules for crossing the border, the duration of stay in the EU, opportunities for tourism, short-term training, and business development.

"The success of the visa-free regime is, above all, the success of tens of millions of Ukrainians who have chosen to express their European choice and aspirations. Long-term success indicators for visa-free travel will become one of the key steps towards closer political association and economic integration with the EU," the EU Delegation said.

On June 11, 2017, Ukrainian citizens were granted visa-free travel to the European Union countries (except for the United Kingdom and Ireland) as well as to four Schengen states – Iceland, Liechtenstein, Norway and Switzerland. The entry into force of the visa-free regime became possible due to the consistent implementation by Ukraine of all the criteria specified in the Visa Liberalisation Action Plan.

The launch of the visa-free regime is the one of the steps that are bringing Ukraine and the EU closer together. In July, the ratification of the Association Agreement was completed; on September 1, it entered into force; and lately procedures were completed for granting Ukraine new trade opportunities.

If you see a spelling error on our site, select it and press Ctrl+Enter
Tags:News of UkraineEuropevisafreetravel