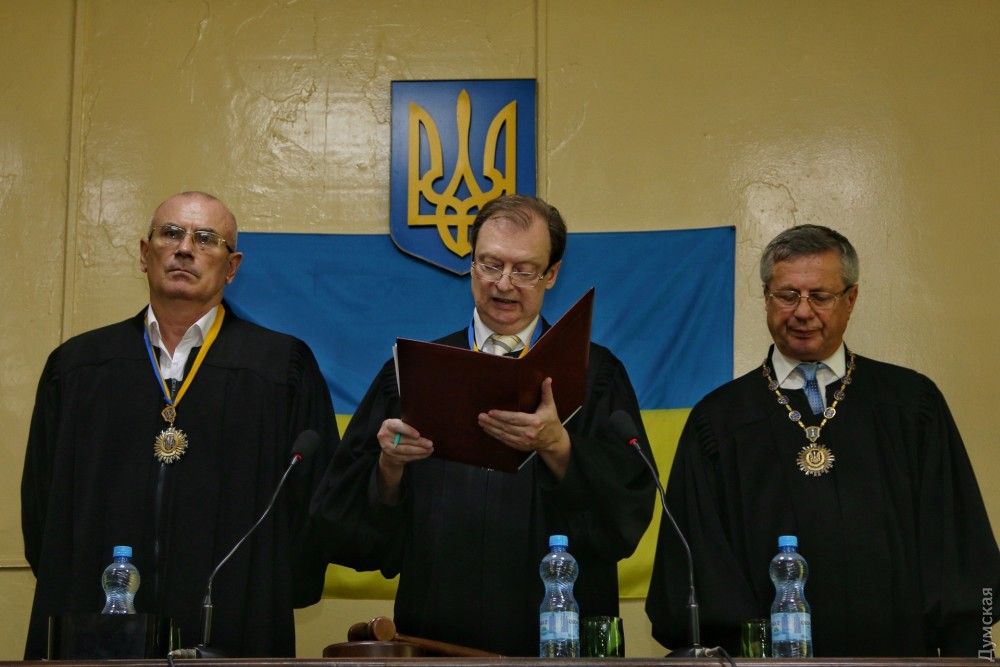 A court in Odesa / Photo from dumskaya.net

"A lack of security for courts and the people who work in them may have serious consequences for judicial independence," the European Union Advisory Mission (EUAM) said in a statement presenting Tax's report on September 27 on how to make Ukrainian courts more secure.

The Dutch expert has spent the last half-year analyzing the court security situation in Ukraine. In the past six months, he travelled to seven courts of different levels in Kyiv, Lviv and Kharkiv as part of a EUAM-funded project.

"Among other proposals, his report highlights the need to introduce baggage-scanning equipment and updated alarm systems at courts," EUAM said.

Read alsoCanadian judges to help Ukraine boost court's public trustOne of the report's main recommendations is that the specialized Court Security Service which is due to be created should have staff trained in prevention-oriented ways to deal with potential threats and risk awareness.

"There is a need for rapid action on the court security issue," EUAM quoted Deputy Head of EUAM Joelle Vachter as saying. "The National Guard and the National Police of Ukraine are providing security in courts on a temporary basis, but a security policy for courts should urgently be developed. The significant deficiencies in the security of the courts in Ukraine will not be removed simply by throwing money at the problem. What is needed, in addition to proper financing, is careful thought, analysis and planning."

If you see a spelling error on our site, select it and press Ctrl+Enter
Tags:News of UkrainesecuritycourtEUAMjudiciary