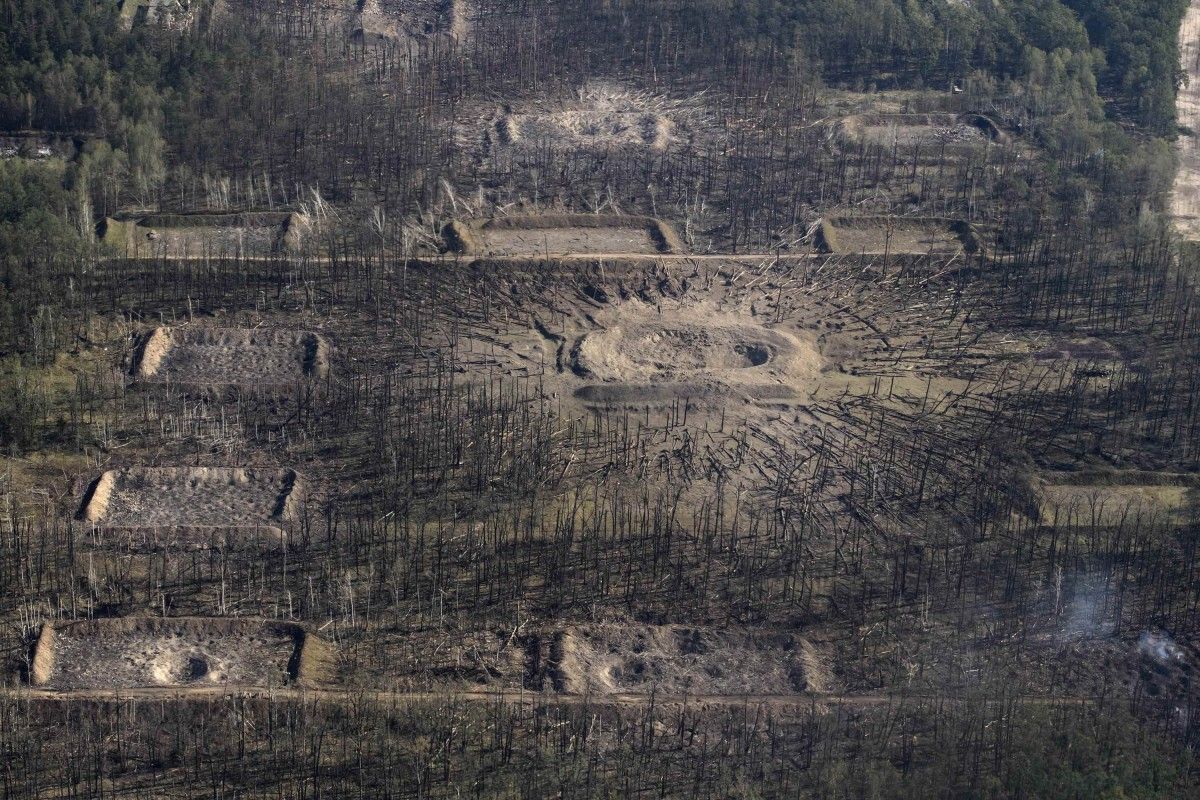 The latest incident was the fourth one in a series of similar ones across the country, TSN Tyzhden weekly news digest reported.

The Arsenal in Kalynivka is one of the many depots that the Soviet army left behind when, in the late 1980s, troops withdrew rapidly from Germany, Hungary, the Czech Republic and Poland. The huge army’s ammunition was stocked in temporary depots, often in locations not designed to become storage for explosives. Unofficial sources claim that nearly 150 storage sites were spread across 600 hectares of forest area. Some 200,000 tonnes of shells, mines and rockets were stored there.

Read alsoSBU to probe sabotage at Kalynivka ammo depotAfter the tragedy in Balakliya, Kalynivka was an obvious target for the next sabotage act. Four times, the inspections arrived at the site but said not much could be done to prevent the possible disaster, according to TSN Tyzhden. Almost every site was just a dump of rusty munitions. Most of the 150 such sites not had no roof, they even had no ramparts, which would protect the area from the scattering of shells from neighboring storage facilities. Over the past 30 years, wooden boxes with munitions stood there in the open air, exposed to snow and rain, gradually rotting.

All these millions of artillery shells were guarded only by 63 people, of which some are pensioners.

Read alsoLutsenko says recent blasts at ammo depots part of Russian warfareSome calming media reports claim that this time catastrophic consequences were avoided as the fire did not reach the sites where super-powerful and highly-demanded missiles were stored for Uragan MLR systems.

Read alsoUpdated: Ukraine's military prosecutors see subversive activity in Kalynivka ammo depot blasts (New video)However, in order to realize the scope of damage, it is worth to remember that in just several days of fire in the munitions depot near Kalynivka some 32,000 tonnes of ammo was destroyed while the Ukrainian forces have used 24,000 tonnes of munitions over the past three years of the Anti-Terrorist Operation in Donbas.