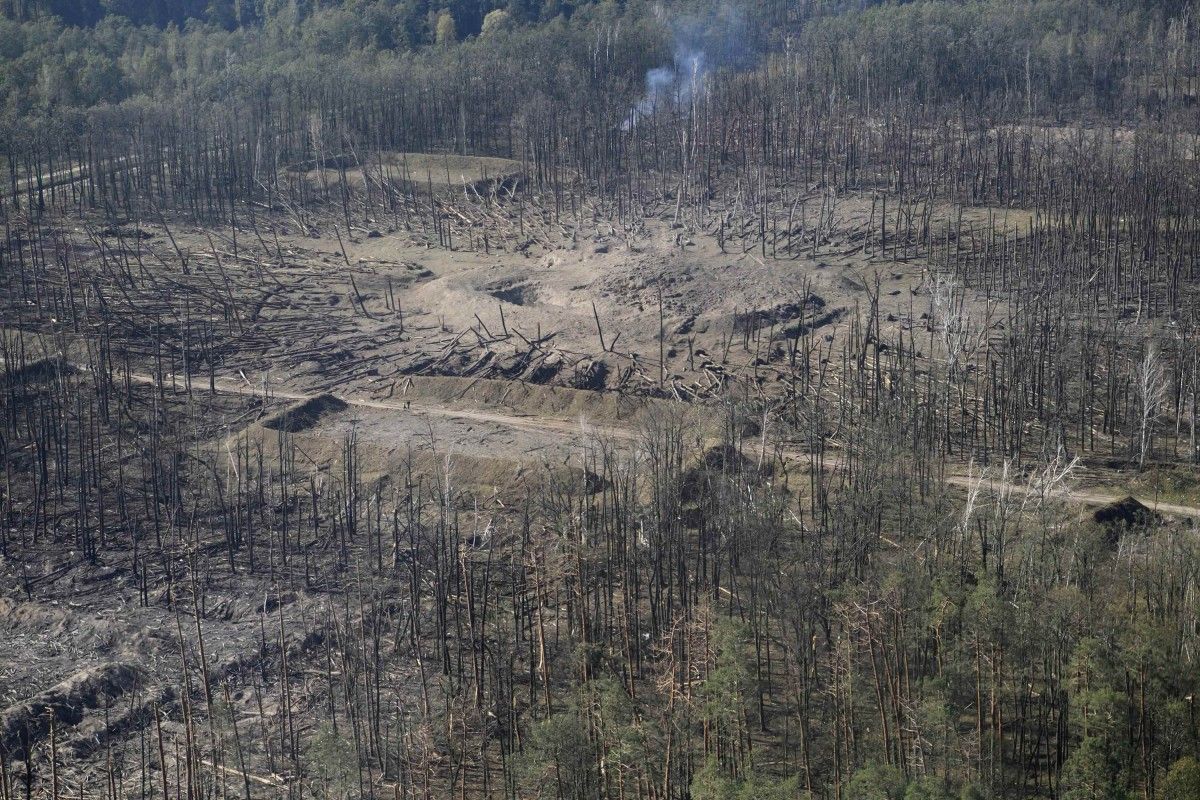 A pyrotechnic detachment of the SESU (108 people and 41 units of equipment) continues to demine the area in a 10-kilometer zone around the arsenal.

A total of 18,300 hectares of the nearby territory was examined for explosive objects. Emergency services continue to respond to civilian reports on unexploded ordnance and other suspicious items.

Some 341 reports have been received and verified. 720 explosive items have been discovered and seized.

It is reported that 1,578 people and 304 units of equipment are involved to in the efforts to eliminate the consequences of the emergency situation.

Read alsoUkraine loses more ammo in latest arms depot blast than used over 3 years of war in DonbasOn October 2, classes resumed in preschool facilities and other educational institutions. Gas supplies to nearby settlements have been fully restored.

The air traffic in the radius of 5 km from Kalynivka remains closed down.

As UNIAN reported earlier, first reports about explosions of ammunition and a blaze in the arsenal of the Ministry of Defense near Kalynivka came at around 22:00 local time on September 26. According to the State Emergency Service, two people were injured in the incident, with more than 30,000 people having been evacuated from the nearby area. Law enforcers have qualified the incident at the ammunition depot as an act of subversive activity.