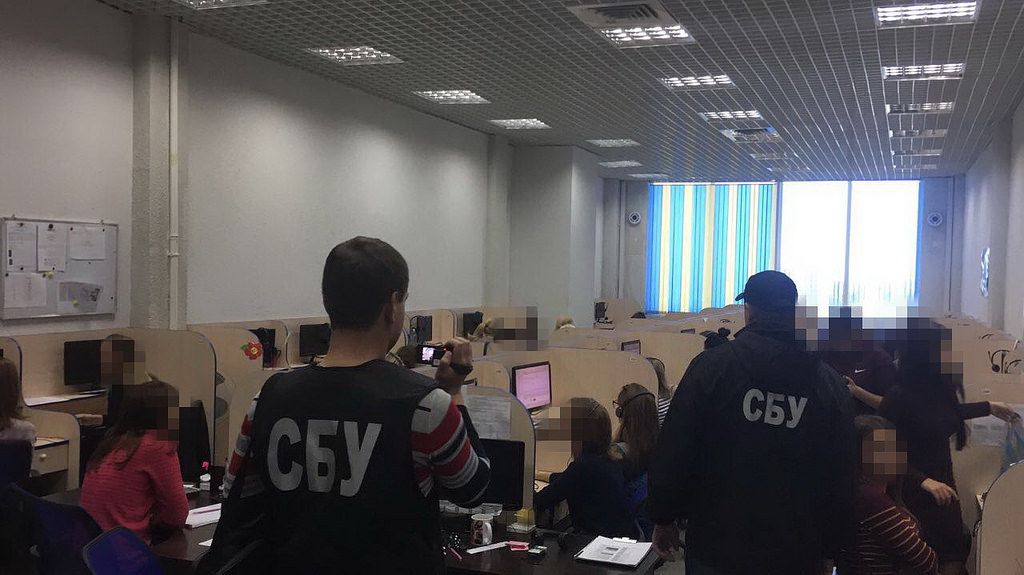 In particular, it was established that the Moscow-based company organized an illegal business in Ukraine to optimize expenses. Russian commercial structures and municipal institutions were among the clients serviced by call centers via IP-telephony technology.

Read alsoOpenDataBot says 72 companies "disappear" from state register"The security force operatives have documented that the server equipment with special software and the electronic database of clients was located in Russia, while the administration of the "Ukrainian" segment was carried out through remote access. Despite unreported employment, the candidates for the job in the company had to hand over to the employer personal data, including cell phone numbers, e-mails, and accounts in social networks. They also provided personal data on close relatives," the report says.

In addition, it was revealed that the Ukrainian companies were also among the clients of the call center. The SBU is now verifying information about the possible copying of their databases to Russian servers ordered by the Russian special services.

"During authorized searches in illegal branches in Mykolaiv and Kherson, the law enforcement officers withdrew documentation confirming the illegal status of mentioned call centers. Server and computer equipment were sent for examination to confirm the facts of transfer of data on Ukrainian citizens to Russia and their use by Russian security forces," the press center said.

Read alsoSBU expels Russian propaganda NTV reporter from Ukraine, bans entry for 3 yrsThe SBU also attracted employees of the State Labor Inspectorate of Ukraine and the Fiscal Service, who recorded that almost 80% of the staff worked without employment contracts signed, receiving wages "in envelopes." The money for financing the company "branches" came from the main office in Moscow to the accounts opened in a Russian bank.

Now the activities of companies in Mykolaiv and Kherson are blocked, bank accounts are arrested, and the facts of money laundering are being checked.

The pre-trial investigation is underway.

If you see a spelling error on our site, select it and press Ctrl+Enter
Tags:News of UkraineCrimeaUkraineSBU