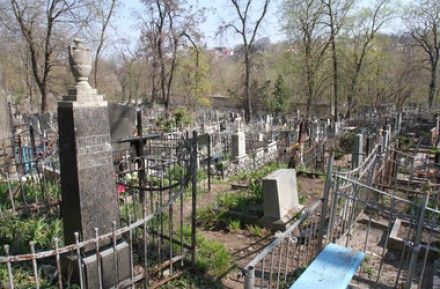 The teens, all males younger than 18, were detained last month in connection with vandalism in Svalyava, a city in Western Ukraine that is located approximately 100 miles southwest of Lviv, the news site reported last week. The report did not say whether the suspects admitted the actions attributed to them or what punishments they will receive if convicted, JTA reported.

Read alsoPresident Poroshenko, First Lady honor memory of Babyn Yar victimsThe teens pushed over at least 20 gravestones, causing some to smash, including the gravestone of the town's former rabbi, Rabbi Shalom Goldenberg. The cemetery they allegedly vandalized has not been in use for decades.

If you see a spelling error on our site, select it and press Ctrl+Enter
Tags:News of UkraineUkraineJewsvandalismcemetery