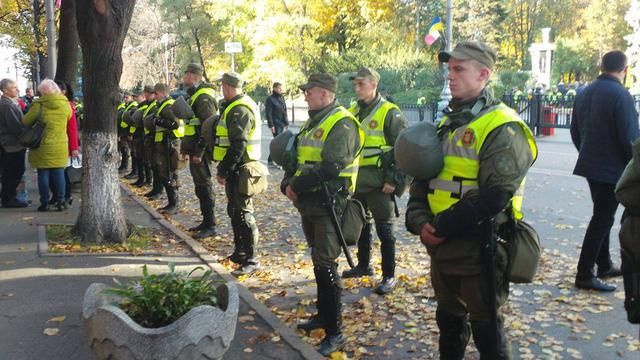 Some 20 national police officers from different parts of the country have taken part in the training in the city of Lviv, according to EU Neighbours East Info, The Financial reports.

The training on October 17-19 involved experts from the EUAM and from anti-conflict teams of the Czech police force. According to the EUAM, "dialogue policing" is a relatively new approach that the Ukrainian police use to reduce the risk of violence during mass events such as demonstrations or sporting events.

Read alsoProsecutor General, National Police chief vow not to take down protesters' tents outside RadaIt emphasizes the importance of constant communication with the organizers and participants of events and applies skills which are crucial to deescalating tension. Dialogue police officers are also trained in crowd psychology and how to identify risks.

The EUAM has supported the National Police of Ukraine in this area for over a year. In cooperation with the Czech Police, over 120 police officers from 11 Ukrainian regions were trained in dialogue policing techniques from November 2016 until March 2017. In April 2017, 23 of the officers were selected to become trainers and received supplementary training. These officers are now training their colleagues.

If you see a spelling error on our site, select it and press Ctrl+Enter
Tags:News of UkraineUkrainepoliceEUAM