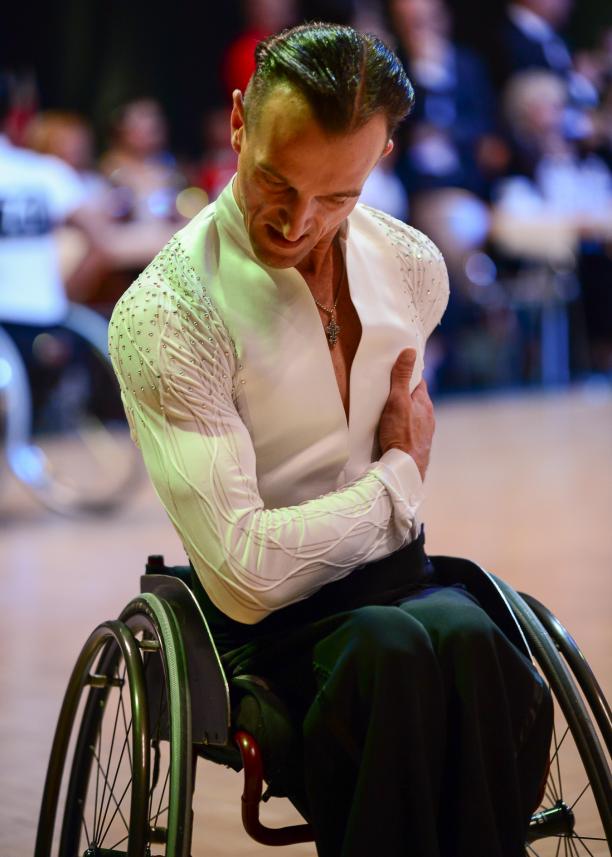 While it was not his first World title, Sivak's gold medal in the men's single class 2 was his first without wife Nadia, who sadly passed away a year ago before the 2016 European Championships in Kosice, Slovakia. Together, they won four World and multiple European titles, Paralympic.org wrote.

"First of all I am very confused because I have a lot of feelings inside, but at the moment I am very happy," said Sivak, who was competing in men's single at a World Championships for the first time.

"I want to dedicate this, not only the medal but each day of my life, each thing that I've done and am doing, I would like to dedicate it to her. She was the center of my life. And I am very happy that I have a daughter who is like her – they are like two drops of water, so they are very alike. Every day of my life I remember Nadia."

"For me, it is important that this is like an evidence for the people who help me all the time," he added.

Sivak won the judges' top marks in the tango, rumba and jive, giving him one point better than Germany's runner-up Erik Machens, who had also taken silver at the 2015 World Championships in Rome, Italy. Three points separated the bronze and fourth-place finishers, with Mexico's Jesus Yermain Angeles Fernandez prevailing in the samba and jive to finish on the podium.

Ukraine continued their celebrations with a further two gold medals in single events.

Although a familiar face on the podium, Ukraine's Olena Chynka finally celebrated her first Worlds gold medal, being the standout performer in the women's single class 2. Behind loud, supportive Mexican chants, Haydee Guadalupe Reynosa Guerrero certainly made noise in her World Championship debut – and only her second major international event – as she took home the silver medal. Poland's Katarzyna Bloch claimed the bronze.

The afternoon was then lit up with combi Latin events.

After just missing the podium two years ago, the Philippines' Rhea Marquez and Jun Julius Obero showed outstanding improvement. The couple was unquestionably the judges' favorites across all five Latin dances to win the gold medal.

Chynka partnered with Oleksandr Onishchenko to pile on Ukraine's golden night in the class 2 equivalent. South Korea's Jang and Youngho Lee were runner-ups. Despite injuring her arm during one of her performances, Poland's Joanna Reda fought through to take the bronze with partner Karpinski.

If you see a spelling error on our site, select it and press Ctrl+Enter
Tags:News of UkraineUkraineVictoryparalympic