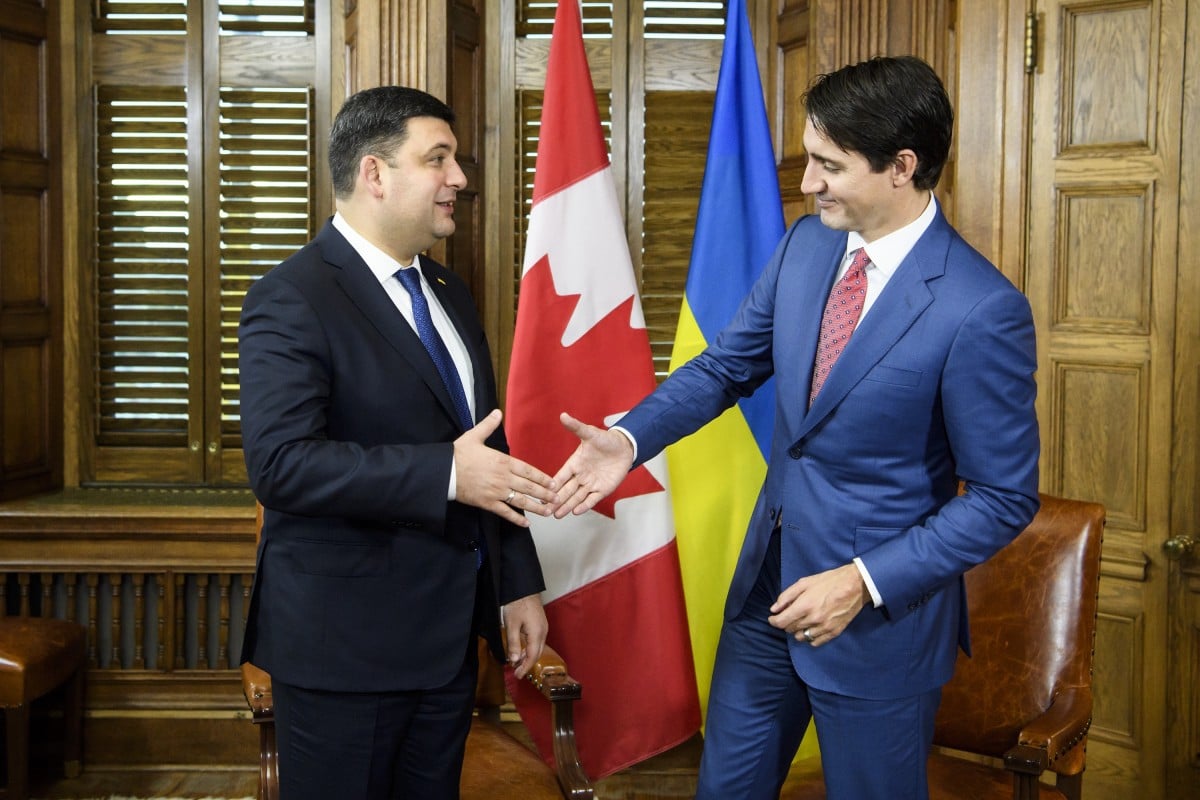 When Ukraine's trade representative, Nataliya Mykolska, visited Mr Trudeau she took the opportunity to contribute to his collection of "unusual socks," the BBC reported.

Ukraine's Deputy Minister of Economic Development and Trade tweeted a photo of her special delivery from Ukraine's PM Volodymyr Groysman, intended for Mr Trudeau as part of a promotion of trade relations between the two countries.

Commentators appeared to be split on whether it is an appropriate present for a head of government.

Kate Tarbukina called the gift to Mr Trudeau an expression of "vulgar antique hell." Meanwhile, Kateryna Krotkova, who spotted a familiar brand, was happy she "has something in common with Justin now".

"Did they just give sweat socks to the prime minister? Wow, cool," said Sergiy Petrakov with some sarcasm.

Sometimes, leaders who meet Mr Trudeau reciprocate. Irish Taiseach Leo Varadkar engaged in some "sock diplomacy" in his first meeting with his counterpart in Dublin in July.

"Everyone says to compare socks," Mr Trudeau told the audience. "It never bothers me when people have better socks than I do, because they're playing my sock game."

If you see a spelling error on our site, select it and press Ctrl+Enter
Tags:News of UkraineGroysmanCanadaTrudeau