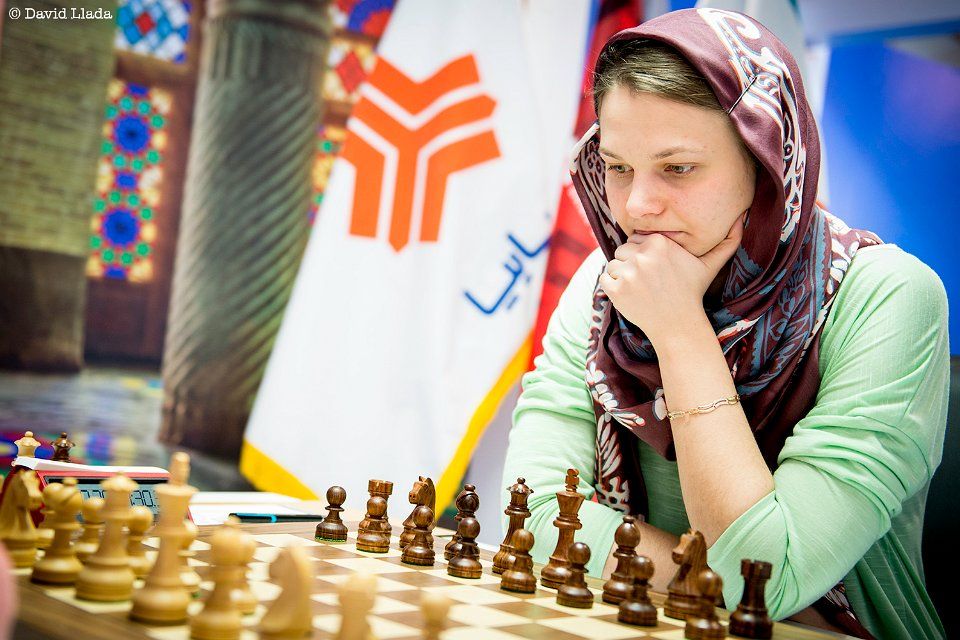 Several top players are joining the 27-year-old Ukrainian grandmaster, Anna Muzychuk, in boycotting the rapid and blitz championship, considered one the most exciting competitions in chess, citing human and women's rights concerns in the Middle Eastern country, RFE/RL said.

"Despite the record prize money, I am not going to play in Riyadh [which] means losing two world champion titles," Muzychuk, who is currently ranked second in the world in rapid chess and third in blitz, said in a Facebook posting on November 11.

"To risk your life, to wear abaya all the time?? Everything has its limits and headscarves in Iran was more than enough," she added in reference to the world championship that were held in Tehran earlier this year.

The measure is strictly enforced by Saudi authorities, though the World Chess Federation (FIDE) has said it is still finalizing details of the championships – which run from December 26-30 in the Saudi capital – and whether players will have to adhere to such clothing rules.

Saudi officials have said players will be made welcome at the tournament, but have not commented on whether participants will be made to follow local clothing and social requirements.

Nonetheless, critics such as Emil Sutovsky, the president of the Association of Chess Professionals, note that FIDE's own statutes commit the governing body to rejecting "discriminatory treatment for national, political, racial, social, or religious reasons, or on account of gender."

"[A] record budget will surely help FIDE leaders to neglect the fact that Israeli, Iranian, and Qatari players are not allowed to enter [Saudi Arabia]," he said in a Facebook post.

"Getting used to that. And we should welcome the new rich sponsors, of course. They may be even kind enough not to demand the female players to wear burka. Probably only a headscarf. They ARE changing, you see! And chess helps building bridges," he added.

If you see a spelling error on our site, select it and press Ctrl+Enter
Tags:News of UkraineSaudiArabiachessboycott