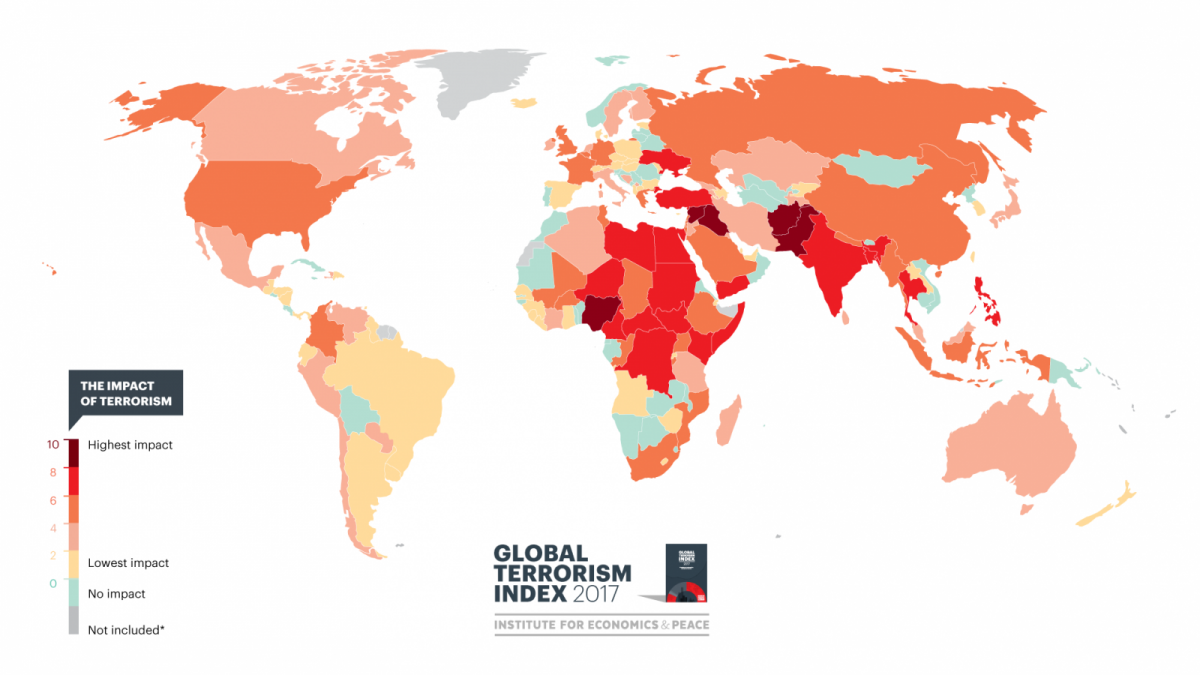 Read alsoSBU: Female suspect in assassination of counterintel colonel in Mariupol detained in OdesaUkraine was included in the group of countries with a "high" level of influence of terrorism, together with such states as Somalia, India, Turkey, Libya, Egypt, Sudan and others. In Western European countries, the high impact of terrorism, according to experts, is in France (6 points and 23rd place), the United States of America ranked 32nd (5.4 points), Russia 33rd (5.3 points), and Great Britain 35th (5.1 points).

If you see a spelling error on our site, select it and press Ctrl+Enter
Tags:News of UkraineUkraineterrorism