Another Ukrainian detained in Belarus

Another Ukrainian citizen has been detained by Belarusian special services, according to the news portal LB.ua. 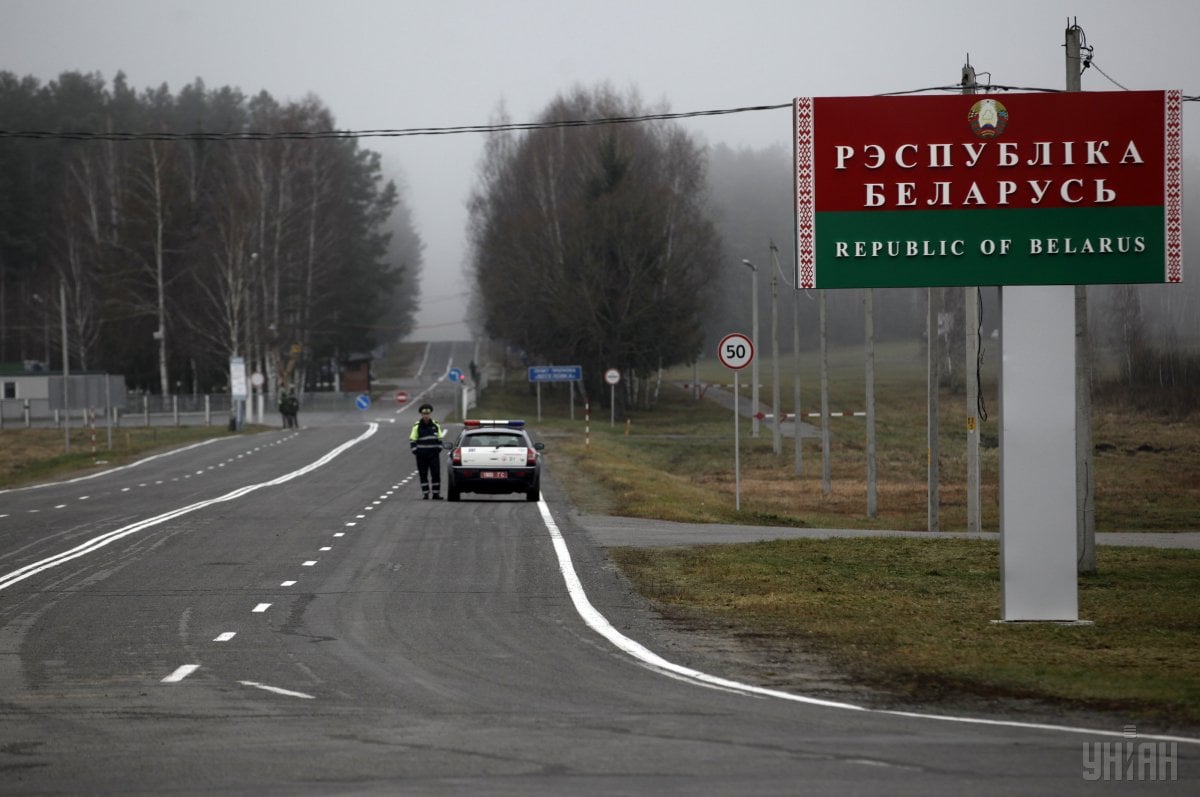 A November 16 letter addressed to Ukrainian Ambassador to Belarus Ihor Kizim and signed by Oleksiy Kozmenko, the acting chairman of the Board of PJSC "Plant of Weighting Agents" (Kostiantynivka, Donetsk region) says that CEO Skyba Oleksandr Serhiiovych, born on May 7, 1978, arrived in Minsk on November 15 on a business trip for talks with OJSC Minsk Tractor Works, with which the Ukrainian company has an agreement on the supply of products used by the Belarusian plant's foundry, LB.ua said.

According to the publication, Skyba left Kyiv for Minsk at 14:20 on November 15 and arrived there at 16:15 local time. Later, he made contact at 19:20 and said he was going to return home the same day.

Read alsoSharoiko detained by Belarusian KGB – NUJU headHowever, the next time Skyba got in touch in the morning – he phoned his wife from a Belarusian number and said that he was detained by the KGB officers of Belarus.

"Trying to find out information about our employee, I called to an operative duty officer of the KGB of Belarus in Minsk to check out the detention of our worker. A person who introduced himself as deputy operational officer confirmed the fact of our employee's detention by this institution," the letter says.

At the same time, the representative of the KGB of Belarus did not disclose the circumstances and purpose of the detention, promising to call back if needed. 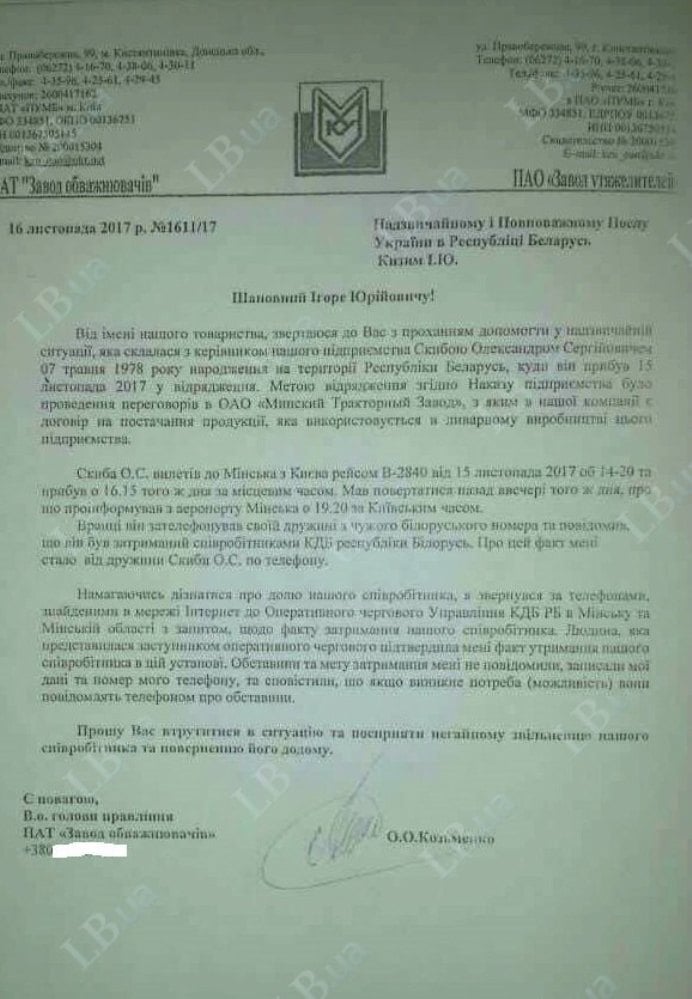 LB.ua
If you see a spelling error on our site, select it and press Ctrl+Enter
Tags: #News of Ukraine#Belarus#detention#Ukrainian#KGB
Latest news