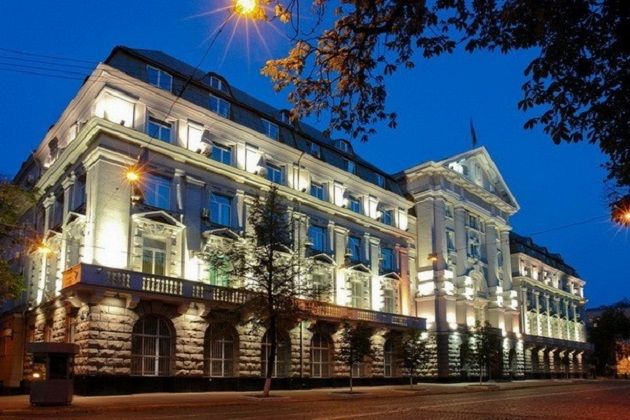 Ukraine's State Security Service said in a statement Saturday that it had detained a suspect, a Russian man, who was also wanted in other slayings. The man was arrested in Kyiv, VOA wrote.

"According to Interpol, the foreigner participated in a series of sponsored murders, in particular, that of Forbes' editor-in-chief, the U.S. citizen Paul Klebnikov," as well as a Chechen government official, the Security Service of Ukraine (SBU) statement said. It did not explain the different spelling of Klebnikov's name.

Ukraine did not identify the suspect.

Klebnikov was working as chief editor of Forbes' Russian edition when he was shot in the head outside his Moscow office on July 9, 2004. He was severely wounded and died a short time later in the hospital.

In 2006, Russian prosecutors accused Kozh-Akhmed Nukhaev, a Chechen separatist politician and alleged organized crime boss, of masterminding Klebnikov's murder, and Nukhaev was subsequently placed on the Interpol international wanted list. Klebnikov had talked extensively with Nukhaev and published a Russian-language book about him titled Conversations with a Barbarian.

Read alsoSBU says eight Georgian nationals deported over threat to national securityThree Chechen men were arrested and put on trial for the Klebnikov killing but were acquitted. One was later convicted and jailed for an unrelated crime. The acquittals of the other two men were overturned, but a retrial was halted in late 2007 after one of them failed to show up in court.

Earlier, Klebnikov had written a Forbes cover story about Boris Berezovsky, accusing the then-leading Russian oligarch and Kremlin insider of a string of high-level shady deals. Berezovsky sued Forbes for libel in a British court and won a partial retraction in 2003.

Klebnikov expanded the article into a book titled Godfather of the Kremlin: Boris Berezovsky and the Looting of Russia. It also focused on Berezovsky, but looked more broadly at high-level corruption during the era of Russian President Boris Yeltsin.

Berezovsky died in exile in London in 2013. A post-mortem examination found he'd died by hanging, but that there was no evidence of a violent struggle.

If you see a spelling error on our site, select it and press Ctrl+Enter
Tags:News of UkraineUkrainedeathRussianarrest