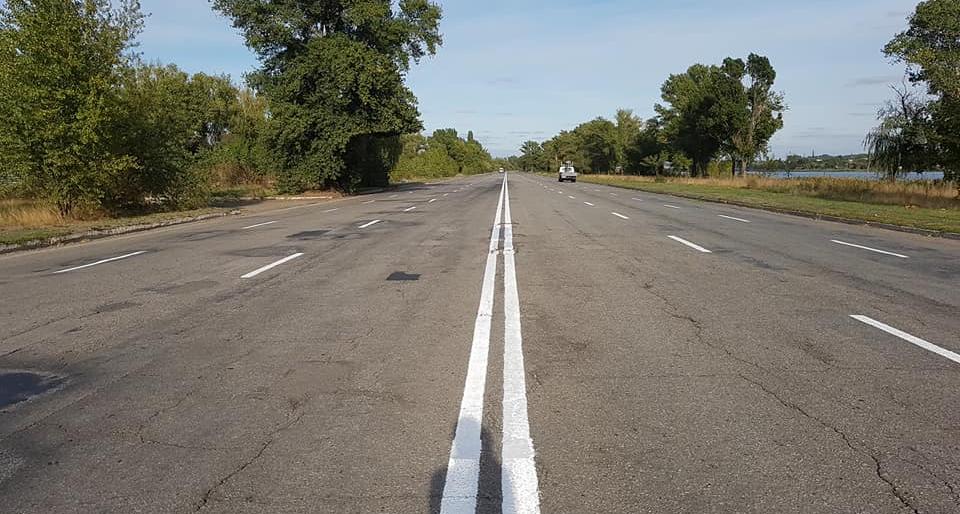 The team of director Kateryna Balabay, 36, from Kharkiv, told the story of entrepreneur Vadym Lyubchenko from Sievierodonetsk in Luhansk region. Lyubchenko repairs the asphalt surfaces of roads, streets, sidewalks, and areas next to buildings with an innovative method that involves infrared heating. Together with a team of four workers, Lyubchenko has been improving the state of the roads in the city. Thanks to a UNDP grant of UAH 176,000 (USD 7,000) Lyubchenko bought a machine for the infrared heating of asphalt. In the near future, the entrepreneur plans to increase his work brigade to eight people, and the daily volume of repairs from 20-30 square meters up to 80-100 square meters, UNDP in Ukraine reported.

"Balabay's team, wearing military uniforms, boots, and with a huge dog in the car, was all set up for fruitful work," Lyubchenko said, recalling the filming. "The day was wonderful – we finished a big asphalting job in the city. When the crew started to set up their equipment, it attracted the attention not only of passersby, but also of the police and city authorities, and of the customer. Some people called to mock us saying that we were being filmed because we were not doing things right. Others called to express fears that the filming was unauthorized: who, what, how? All went well, however. We managed to do everything, and found a common language very quickly."

Read alsoRoad works booming: Ukraine plans to change its road map within 3 yearsThe director of the film, Kateryna Balabay, recalled that she and her team for a long time could not choose a subject, and decided to "leave it to fate" and began to draw lots. After two weeks the film crew went to Sievierodonetsk to meet Vadym Lyubchenko and interview him. The entrepreneur won the team over with his sincerity and the zeal in which he was engaged in his business. As one of the members of the film crew said, after meeting Vadym, they brought home enough material to set up an online course on repairing potholes, as well as a set of stories about the life of a Ukrainian entrepreneur.

"The climax of the filming day was the moment when we came to the stele in Sievierodonetsk to shoot the final scene," Balabay said. "The plan was that the entrepreneur's brigade, headed by the protagonist himself, was to repair a hole next to the stele. The sun was setting, but there weren't any holes to repair. We had to ask Vadym and the workers to dig a new hole. After filming, the businessman asked that we definitely say that in Sievierodonetsk, if you want to repair a hole, you have to dig one first – and this will be the case as long as Vadym Lyubchenko lives and works in Sievierodonetsk."

The Big Stories of Small Businesses competition, organized by the United Nations Development Programme in Ukraine (UNDP) and the social video advertising festival of the Molodiya Festival, has inspired entrepreneurs to create their own businesses. Fourteen Ukrainian directors, together with their film crews, shot 16 motivating videos about entrepreneurs from the east of Ukraine. According to the rules of the competition, the directors had to make a video about the success stories of the winners of UNDP grants who set up their own businesses in the east of Ukraine.

The main goal of the competition is to create a positive image of the eastern regions and, through motivational videos, to inspire others to set up their own businesses. The winners of the competition will be announced on Nov. 24 at a special award ceremony in Kyiv. The prize fund of UAH 55,000 (USD 2,000) will be split between them.

If you see a spelling error on our site, select it and press Ctrl+Enter
Tags:News of UkraineDonbasroadsLuhanskrepair