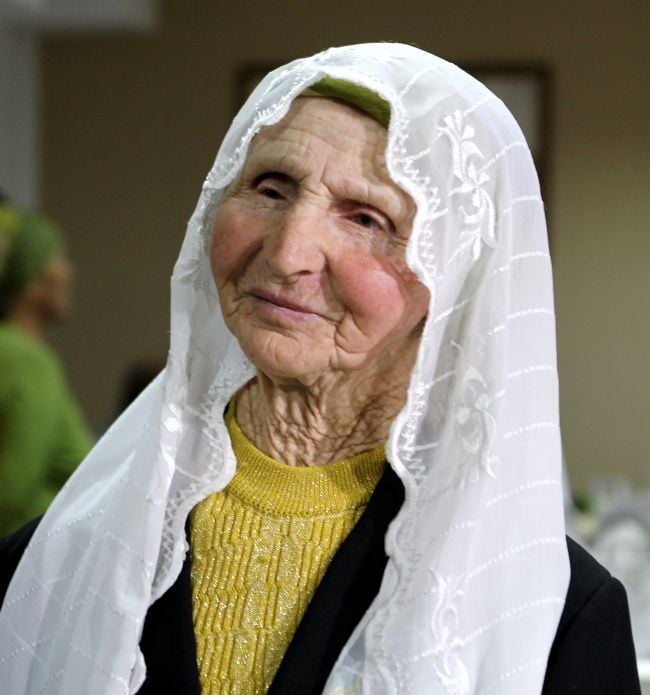 Vedzhie Kashka, 83, became unwell and was taken away by ambulance in the Crimean city of Simferopol on November 23 after several fellow activists were detained by Russian officers on suspicion of extortion, RFE/RL reported.

Kashka subsequently died, according to sources in a local hospital and fellow Crimean Tatar activists.

Russian state media cited the Federal Security Service (FSB) branch in Crimea as saying that several members of the Mejlis, the Crimean Tatar self-governing body that has been outlawed by Russian authorities, were detained in Simferopol on suspicion extorting $7,000 from a Turkish citizen.

Edem Semedlyayev, an attorney who has represented Crimean Tatars in the annexed Ukrainian region, told RFE/RL that Kashka was taken from the scene of the detentions by ambulance.

Russia's state-run RIA Novosti news agency cited an unidentified law enforcement source as saying that Kashka died due to "stress" and accused the suspects of "cynically" using her as a pawn in the alleged extortion plot.

Read alsoCrimean Tatar activist detained in SimferopolBut a Crimean activist, Nariman Dzhelalov, told RFE/RL that the Turkish citizen had duped Kashka out of a large amount of money and that the detained men were trying to convince him to return the sum.

The Turkish man "tried to get out of it, and the security services used the situation to apply pressure on this group of activists," Dzhelalov said.

Gayana Yuksel, a member of the Mejlis, said the individuals detained were not members of the self-governing body.

Kashka's death triggered an outpouring of outrage and grief among fellow Crimean Tatars.

"They've come for our elders," journalist Aidar Muzhdabayev wrote on Facebook, adding that it's "impossible to hold back tears."

Muzhdabayev and others said Russian security officers had planned to detain the veteran activist as well before she fell ill. That could not be immediately confirmed, and Russian authorities did not immediately release an official statement on the matter.

Rights groups and Western governments have denounced what they call a persistent campaign of oppression targeting members of the indigenous Turkic-speaking Crimean Tatar minority and other citizens who opposed Russia's annexation of the Black Sea peninsula from Ukraine in March 2014.

Human Rights Watch said in a report released November 14 that de facto Russian authorities in the region have "intensified persecution" of Crimean Tatars due to their opposition to the Russian takeover of their historic homeland.

If you see a spelling error on our site, select it and press Ctrl+Enter
Tags:News of UkraineRussiadeathCrimeanTatarsactivist