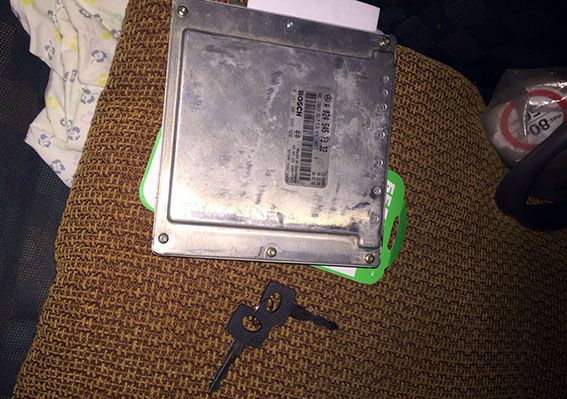 "Over a year, Ukrainian and German police have been collecting evidence and documenting criminal activities of a group of residents of [Ukraine’s] Chernivtsi region. Searches have been carried out at the places of residence of all 12 detainees, and material evidence was seized. Gradually, the police established the composition of the hijackers’ group, role distribution, and the very crime scheme which the perpetrators followed," the report said.

A total of 18 authorized searches have been performed, including of the perpetrators’ vehicles and other property.

Read alsoSBU busts Russian proxy who helped stage destabilizing pseudo-rallies in western Ukraine"It was a joint Ukrainian-German operation to seize material evidence and detain a criminal group that was hijacking elite cars in Europe and legalized them in Ukraine. Thanks to joint efforts, I believe criminals will be severely punished," Serhiy Knyazev, chief of Ukraine’s National Police.

It is noted that during the searches conducted both in Germany and Ukraine, material evidence was confiscated proving the involvement of suspects in the crimes committed. In particular, police seized mobile communication devices, radios, computer equipment, electronic parts of cars, alarm jamming scanners, paperwork on cars stolen in Germany, and the like. The pre-trial investigation is under way.

If you see a spelling error on our site, select it and press Ctrl+Enter
Tags:News of UkraineUkrainepoliceGermanyraid