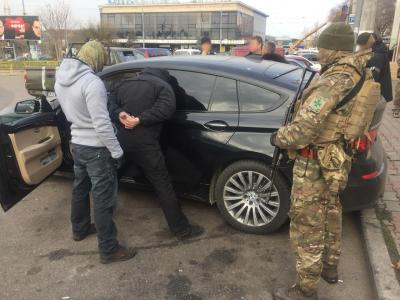 The perpetrators were detained in action, while attempting to seal another deal on selling firearms, according to the border guards’ press service.

During the searches at homes of gang members, the law enforcers seized more than 20 pieces of firearms, unregistered hunting and sports weapons, as well as loads of ammunition.

Perpetrators have been detained. It is expected that gang members will be handed down suspicion notices on commission of crimes under Part 2 of Art. 28 of the Criminal Code of Ukraine (an offense is deemed committed by a group of persons upon prior conspiracy if it was jointly committed by several persons (two or more), who in advance, that is, before the crime, conspired to jointly commit it) and Part 1 of Art. 263 of the Criminal Code of Ukraine (carrying, storing, acquiring, manufacturing, repairing, transferring or selling of firearms (except for smooth-bore hunting guns), ammunition, explosives or explosive devices without a permit provided for by law). The court is yet to select a preventive measure against the criminal group members.

If you see a spelling error on our site, select it and press Ctrl+Enter
Tags:News of UkraineUkraineSBUOdesaarrestcrimeborderguards