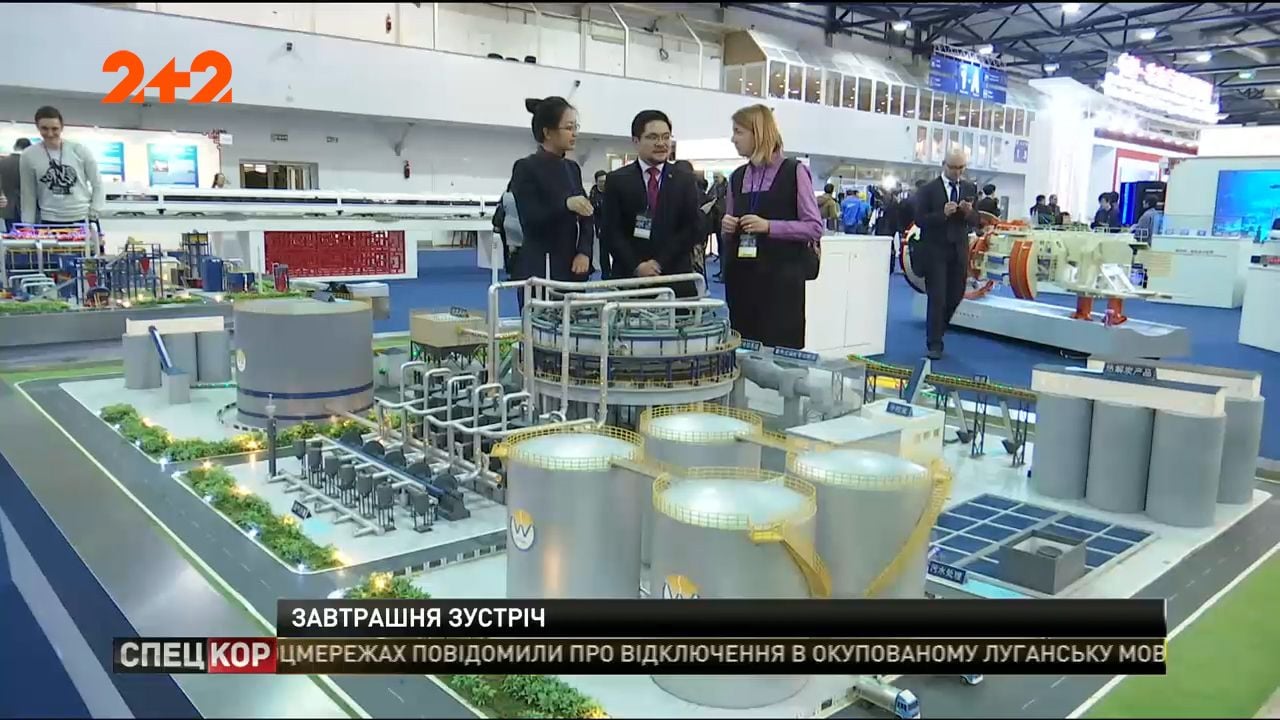 Newest Chinese technologies may be introduced in Ukraine / Screenshot

Child-sized interactive robots, remote-control vehicles and working models of innovative factories and transport, among others, are showcasing China's technological achievements in the past years at the exhibition held on November 21-24, Xinhua reported.

About 150 projects brought by a total of 64 Chinese research institutions and enterprises to the event have really impressed locals.

Volodymyr Yaskiv, a dean of the Electrical Engineering Department at Ternopil National Technical University, said he rushed to the exhibition right from the airport after a visit to China.

Yaskiv, who visited China 11 times and has a joint scientific project with Chinese partners, said the part of the exhibition that showcases the achievements of Chinese-Ukrainian cooperation is vivid evidence that the partnership between the two countries is flourishing.

Nazar, 11, who is a member of IT technologies and Chinese language hobby groups, said that he missed the school to visit the exhibition, where he tested several remote-control vehicles and virtual reality glasses.

"I really liked the amazing Chinese inventions, especially the computers, which could control the tank ... and all the devices that allow me to indirectly learn Chinese," Nazar told Xinhua.

While most exhibition visitors are somehow linked to science, Andrey Osadchy is a businessman, who came to the event in search for new business partners.

The electric multiple units (EMU) are suitable for intercity and regional trips. They have not only superior ride comfort but also high safety, energy-efficiency, and eco-friendliness.

Osadchy, who travels a lot on business, said he would like to see such trains running in Ukraine one day.

Read alsoKyiv mayor, Chinese consortium agree on $2 bln deal to build fourth subway line"It would be interesting to talk about the introduction of this train project in the financial bill of Ukraine for 2018-2020. I would particularly like to see this train running between the airport Boryspil and the central part of Kyiv," Osadchy told Xinhua.

His dream may come true as Ukraine plans to replace 40 percent of the passenger rolling stock by 2022, while the CRRC is interested in entering the Ukrainian market.

"China has already achieved a great success in developing high-speed trains and high-speed railways. We want to show the Chinese technologies to the world and bring them to Ukraine to make the trips of people here more comfortable," Yu Hang, sales manager of the CRRC, told Xinhua.

Chinese innovative road construction technologies are also an area of interest to the Ukrainian public. The tunnel boring machines, presented by the China Railway Construction Heavy Industry (CRCHI), are one of the most unusual and most visited exhibits at the exposition.

People here are well aware that the machines, which could be used for boring highway, railway and subway tunnels, may contribute to the infrastructure development in Ukraine.

The development of energy-saving technologies is a particularly pressing issue for Ukraine. Currently, the East European country heavily relies on imported energy resources and the Chinese inventions may help it to boost energy independence.

The first steps in this direction have already been taken. During the exhibition, the Beijing-based Shenwu Group presented two innovative projects developed specially for Ukraine, which has vast coal and iron ore reserves, but lacks gas and oil.

"The first one is our technology for coal, especially for low-quality coal. With this technology, we can produce a large amount of gas and oil from bad coal," Song Xin, deputy director of the Shenwu Group, told Xinhua.

"Another platform is the technology for metallurgy. It is for the unusable iron ore, for the low-grade iron ore and also for the slag and dust. We can easily produce semi-steel from it and also such products as Zinc oxide," Song added.

Song said that during the exhibition, the Shenwu Group has established contacts with Ukrainian partners and plans to enter the Ukrainian market soon.

Anatoly Smyhula, deputy director for Scientific Work at Kyiv Institute of Gas, said energy cooperation with China would be useful for Ukraine, as it has much to learn from China with regard to energy technology development.

"Chinese technologies are developing quite intensively as China absorbs all the advanced developments of the world. We must learn from China how to value science and must borrow understanding that the humanity needs to move forward," Smyhula told Xinhua.