UEFA: Shakhtar out to make point against perfect Manchester City 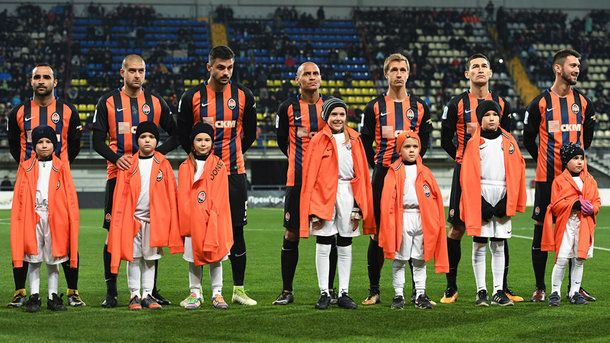 FC Shakhtar Donetsk hold a clear advantage in the race for second place in Group F, but they still need a draw on matchday six to guarantee themselves progress – and getting that point might be a tall order against a Manchester City FC side who have won all five games, and the section, UEFA said on November 28.

Read alsoShakhtar secure confident 3:1 win over Feyenoord in KharkivThe Ukrainian team were beaten 2-0 in Manchester on matchday two and also lost their most recent fixture, 3-0 at SSC Napoli. Shakhtar nevertheless have nine points, three more than the Italian club, and will be through if they avoid defeat or if Napoli do not win away to Feyenoord, who have lost all five matches.

City have 15 points, and will finish first. They have scored four goals in each of their away games.

The next Champions League Group F game between FC Shakhtar Donetsk and Manchester City is scheduled for December 6 and will take place on Kharkiv's OSK Metalist Stadion stadium.

If you see a spelling error on our site, select it and press Ctrl+Enter
Tags:News of UkrainefootballDonetskManchesterShakhtarCity