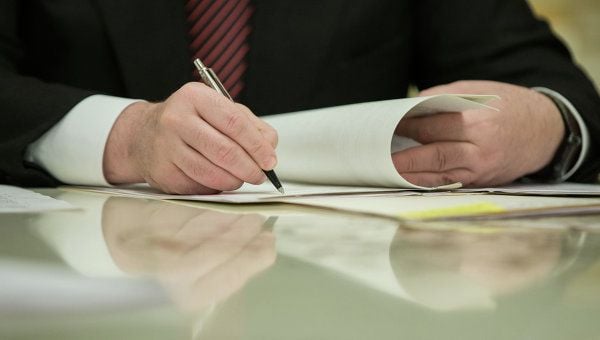 Poroshenko made the move on November 29, nearly two weeks after Ukrainian lawmakers adopted the legislation officially recognizing the day celebrated by Catholics and Protestants as Christmas Day, RFE/RL said.

Read alsoUkraine to have new day off on Christmas, Dec. 25, in respect of Catholic, Protestant communities About 9 percent of Ukraine's 42 million population is Catholic or Protestant.

Oleksandr Turchynov, Secretary of Ukraine's Security and Defense Council, described the vote in parliament on November 16 as "historic," saying it would allow Ukrainians to "distance ourselves from Moscow's calendar and Russian imperial standards."

If you see a spelling error on our site, select it and press Ctrl+Enter
Tags:News of UkrainePoroshenkoholidaylawChristmas