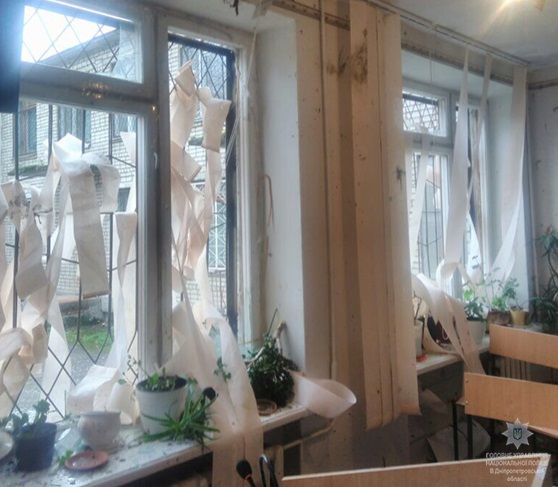 Three of the wounded are in serious condition, head of the media liaison office of the National Police in Dnipropetrovsk region Hanna Starchevska said.

Read alsoGrenade blasts hit Nikopol court, casualties and wounded reported (Photo, video)"These are two criminal defendants and one civilian woman who happened to be in the courtroom at the moment of the explosion," she said.

Another two wounded persons were switched to ambulatory medical care, she said.

As UNIAN reported earlier, a father detonated two grenades at his son's murder trial on November 30, killing himself and injuring seven others: three defendants, two security employees, a court officer and one civilian. Later reports said ten people were taken to hospital. One of the defendants died of wounds later.

If you see a spelling error on our site, select it and press Ctrl+Enter
Tags:News of Ukrainecasualtiesblast