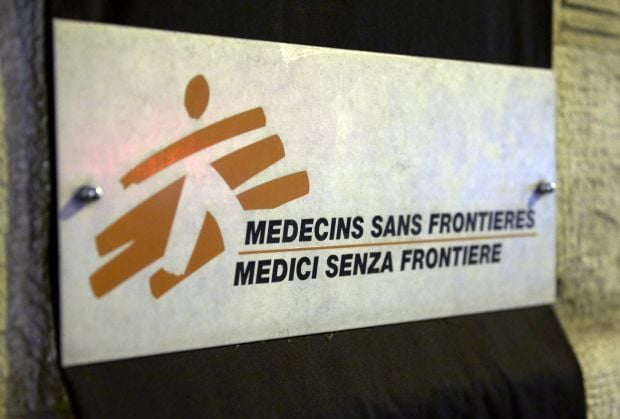 In a joint effort with the Ministry of Health of Ukraine and the Mykolaiv Regional Centre of Palliative Care and Integrated Services, 750 people living with HIV and hepatitis C, who are under antiretroviral therapy, will receive free effective treatment provided by MSF for chronic hepatitis C, using the medications sofosbuvir and daclatasvir. A further 250 people, consisting of those who formerly injected drugs and are on opioid substitution therapy, or are healthcare workers infected with hepatitis C, will also receive treatment.

MSF medical activity manager in Mykolaiv, Dr. Marcelo C. M. Naveira, said: "There will be no true progress in the public health response to HIV/AIDS if hepatitis C-related deaths continue to affect people living with HIV."

"Stigma and discrimination directed at people who are co-infected must also be tackled. This project is meant to not only provide treatment for hepatitis C for people living with HIV, but also to improve access to medicines, and education and support for both diseases in Ukraine."

A course of the treatment MSF is providing can be completed with oral medication in around three months, whereas for more than a decade, treatment options for hepatitis C have been restricted to 48 weeks or more. These older regimens have been known for their injections with high toxicity, severe adverse effects and poor success rates, preventing people living with HIV from receiving such treatment due to complications with antiretroviral therapy. New oral HCV treatment with sofosbuvir and daclatasvir has very few side effects and a cure rate of more than 95% after 12 weeks of treatment.

As people living with HIV worldwide have faced a battle to obtain affordable generic versions of antiretrovirals, those living with hepatitis C in Ukraine are blocked by a lack of generic versions of the most effective medications. Currently, the U.S. pharmaceutical corporation Gilead Sciences maintain a patent monopoly on sofosbuvir in Ukraine and even went as far as to sue the government, forcing them to de-register a generic version of sofosbuvir that could have been used.

Gilead has recently announced the inclusion of Ukraine in the voluntary license deal which would allow up to 11 Indian generic pharmaceutical companies to register the drug. However, there is still no access to affordable generic versions. Daclatasvir remains unregistered in the country.

"For many years, Gilead viewed Ukraine and many other middle-income countries having high burden of hepatitis C as commercial markets, and kept them out of any 'access' initiatives like voluntary licenses that would have allowed the availability of affordable generic versions in the country", said Jessica Burry, pharmacist for MSF's Access Campaign. "Finally, after considerable pressure, Gilead has eventually caved in and included Ukraine in the territory of their license with generic companies. We really hope that the generic companies will start applying for registration soon in Ukraine resulting in competition, which would enable the Ukrainian Government to negotiate and bring the prices down to as low as US$100."

Read alsoLocal solutions, people-centred health systems key to ending AIDS epidemic – UN deputy chiefPatients in MSF's programme will also be supported with counseling and health education, in order to improve adherence to treatment and help them manage social issues as a result of their diagnosis. By providing information about hepatitis C and strengthening patients' skills on seeking health services, MSF hopes will it be possible to overcome stigma and properly address patients' needs.

When untreated, hepatitis C can lead to liver failure and liver cancer – complications that kill more than 700,000 people each year worldwide and symptoms of the virus may not display until it has reached a chronic stage. For people living with HIV, the disease progression is faster and time is vital in diagnosing hepatitis C.

MSF has also provided highly advanced diagnostic equipment to the centre in Mykolaiv, where testing began in November.

At the Mykolaiv Regional Centre of Palliative Care and Integrated Services, out of 1,940 people presenting co-infection of HIV and HCV, only 52 cases have been confirmed. A total of 8,819 people living with HIV are registered at the centre.

It has been 18 years since MSF began providing medical assistance in Ukraine, beginning in 1999 when the organization worked in Mykolaiv, Odesa and Simferopol providing treatment for HIV/AIDS, as well as prevention of mother-to-child transmission of the disease. Now MSF is tackling one of the highest causes of death for this population – the hepatitis C virus co-infection.