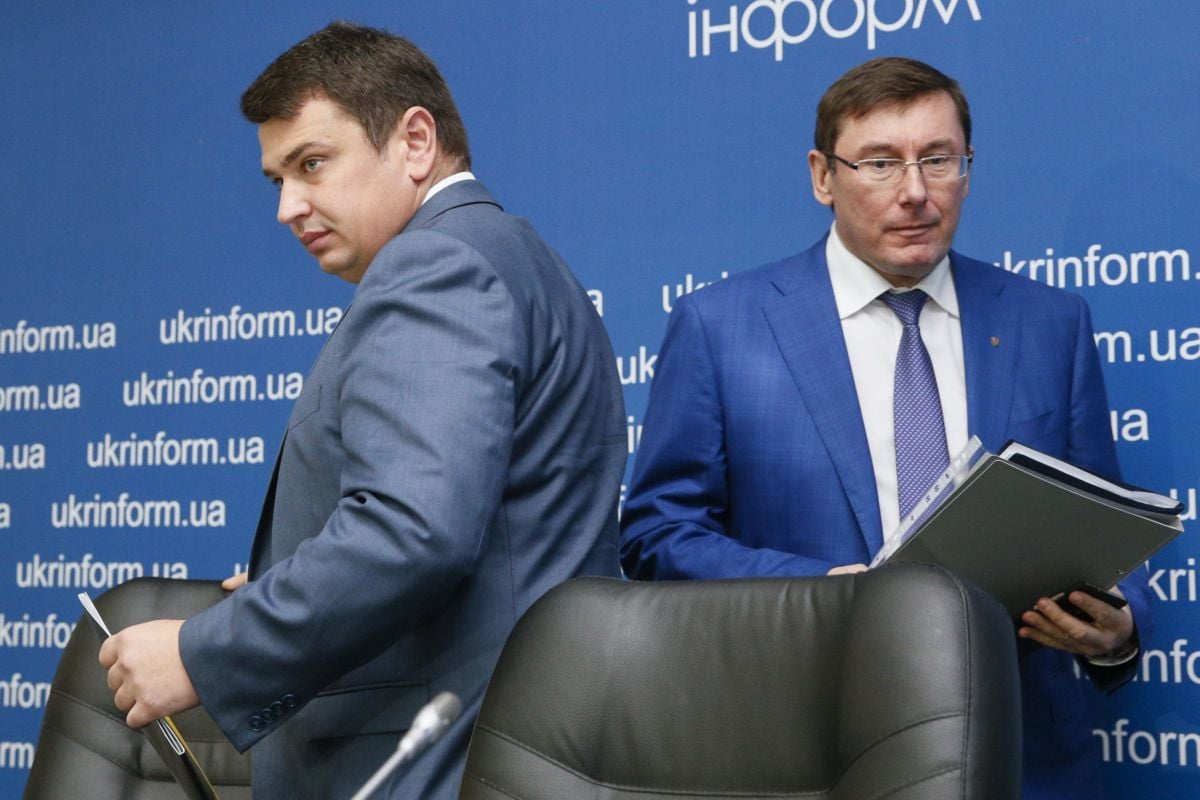 "Statements by the Attorney General of Ukraine on the allegedly illegal operations of the National Bureau’s certain units do not correspond to reality, sometimes contradicting common sense,” NABU press service wrote on the Bureau’s website.

As Mr. Lutsenko, judging by his statements, is not fully aware of the basic legal principles of carrying out operative and investigative activities (OIA), we inform that in its OSA, NABU is guided by the requirements of Law ‘On the National Anti-Corruption Bureau of Ukraine’ and Law ‘On Operational and Investigative Activity’,” the statement says.

Read alsoNABU tells about scale of disrupted undercover operationIn particular, according to Art. 8 of the latter, openly working and undercover agents, both formally hired and extrabudgetary staffers, may be involved in performing OIAs, according to the statement.

It is also noted that the selection of full-time hired employees is carried out on a competitive basis, but at the same time, taking into account the requirements of the Law "On State Secrets".

"The basic core of operative-investigative activity is the unconditional secrecy of measures. To achieve results, it requires non-disclosure of information on the forms and methods of their organization and implementation, as well as of the personal data of employees and other persons who are preparing to engage in, provide for or participate in the implementation of the relevant OIAs. These employees may have access to classified information, just like other employees of the units of conducting OIA in other law enforcement agencies. The disclosure of personal data of employees and the content of their OIAs not only harms their undercover work but also represents a threat to the life and health of law-enforcers and their families," the report said.

Thus, according to the report, disclosing information about the undercover staff of NABU, "the Prosecutor General's Office and the SBU deliberately subjected to danger the operatives of the Bureau and disrupted a number of the ongoing undercover operations".

"NABU will make every effort to ensure that these actions see an adequate legal assessment. Regarding the statements by Yuriy Lutsenko on the alleged use by NABU agents of "smuggled" and "illegal" equipment, we emphasize that all technical means that NABU employs in the course of its OIA are officially procured and accounted for, as required by law," the Bureau says.

NABU considers unacceptable the situation where "the prosecutor general deliberately misleads the public by reporting false facts and offering an ‘arbitrary’ interpretation of law."

Read alsoNABU agent detained for "provocation of bribery""Thus, the prosecutor general is in fact greenlighting a further attack on newly established anti-corruption bodies," the statement reads.

NABU recalled that, according to Article 21 of the Law "On the National Anti-Corruption Bureau of Ukraine", its employees, while exercising the responsibilities entrusted to them, are deemed as representatives of the state authorities, act on behalf of the state and remain under state protection. No one, except for authorized officials of state bodies in cases provided by law, has a right to interfere in their legal activities.

In the interests of ensuring personal safety of NABU employees and their families, disclosure in mass media of data about their place of residence is prohibited. Information on the employment of NABU staff shall be provided with the permission of the Bureau’s director or deputy chief.

As reported by UNIAN, on Sunday, speaking at the TSN Tyzhden TV news show, Prosecutor General of Ukraine said he believed that NABU agents had been using smuggling equipment in their work to reveal corrupt officials, and then called them "illegal agents".

Read alsoNABU says sting operation fails after interference"They use illegal methods of provocation. None of them are granted access to state secrets. But they are provided with the SBU’s wiretapping materials, which is a criminal offense. They themselves use in Ukraine some unregistered wiretapping equipment, which was smuggled into the country. They also use in their work the information they obtained through its use," Lutsenko said.

If you see a spelling error on our site, select it and press Ctrl+Enter
Tags:News of UkraineUkraineSBUanticorruptionNABULutsenkoconflictPGOrow