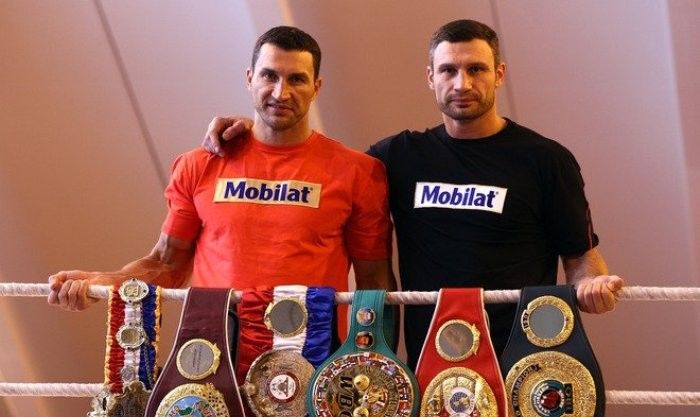 "It's a dream of many boxers to be a member of the Hall of Fame family," Klitschko, now the mayor of Kyiv, Ukraine, said in a statement from the Hall of Fame. "I've thought about the Hall of Fame, but I never expected one day that I would be among the legends who were always examples for me. It's a big honor," ESPN wrote.

Klitschko was one of nine people selected for induction next June. Other boxers in the class of 2018 announced Tuesday were four-division world champion Erik Morales and light middleweight champion Ronald "Winky" Wright, while Sid Terris was elected posthumously in the old-timer category.

Voting was conducted by members of the Boxing Writers Association and a panel of international boxing historians.

Read alsoWladimir Klitschko retires and will not fight Anthony Joshua in rematch – mediaWith a Ph.D in his portfolio, the 6-foot-7 Klitschko earned the nickname "Dr. Ironfist." A product of the Soviet athletic system, Klitschko and his younger brother, Wladimir, dominated the heavyweight class for a decade.

Vitali Klitschko boxed professionally from 1996-2013 but took three years off to pursue politics, finishing second in the race for mayor of Kyiv in 2006. He used a fierce jab and aggressive punching to register an impressive 45-2 record with 41 knockouts, and his most memorable fight might have been his second loss. It came against WBC champion Lennox Lewis in Los Angeles in 2003. Klitschko was ahead on the scorecards when the fight was stopped after the sixth round because of a bad cut above Klitschko's left eye.

If you see a spelling error on our site, select it and press Ctrl+Enter
Tags:News of UkraineKlitschkoboxingelection