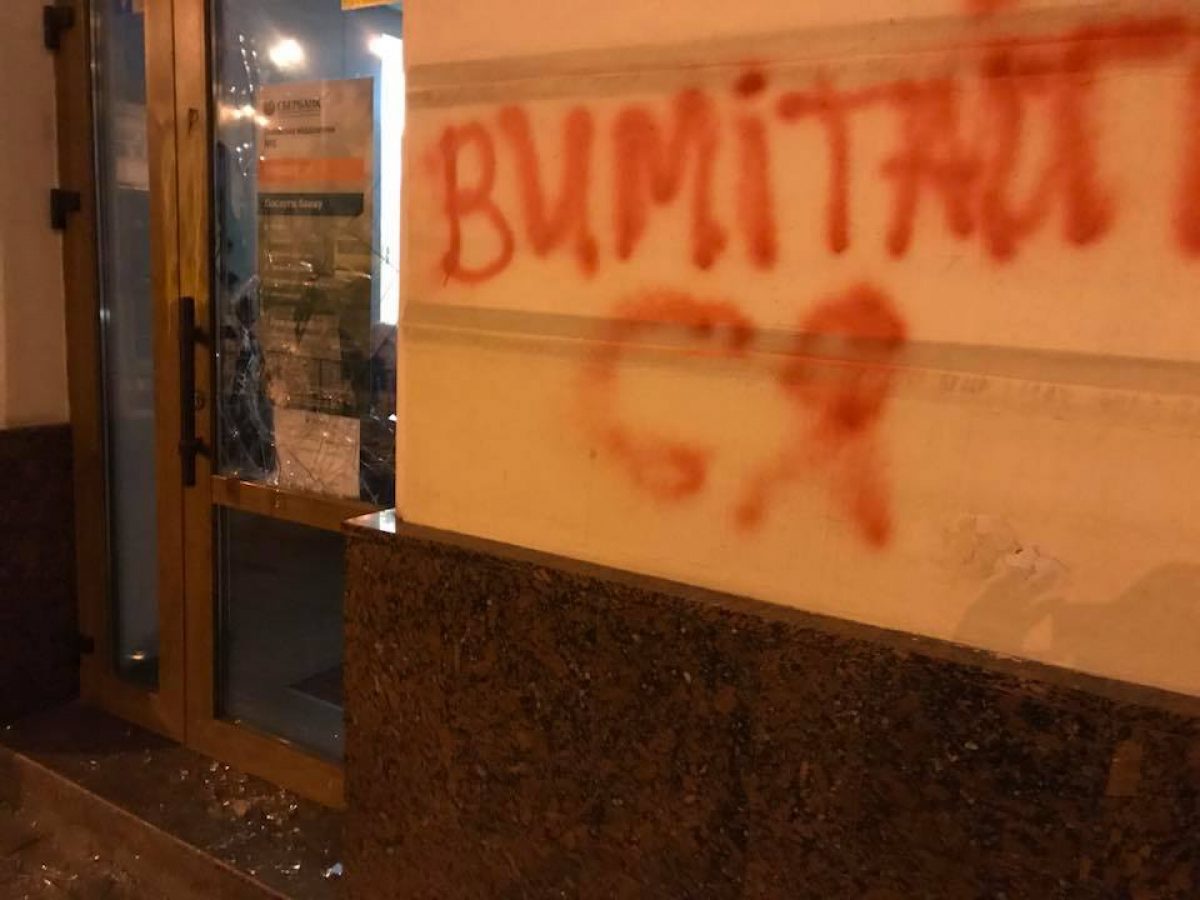 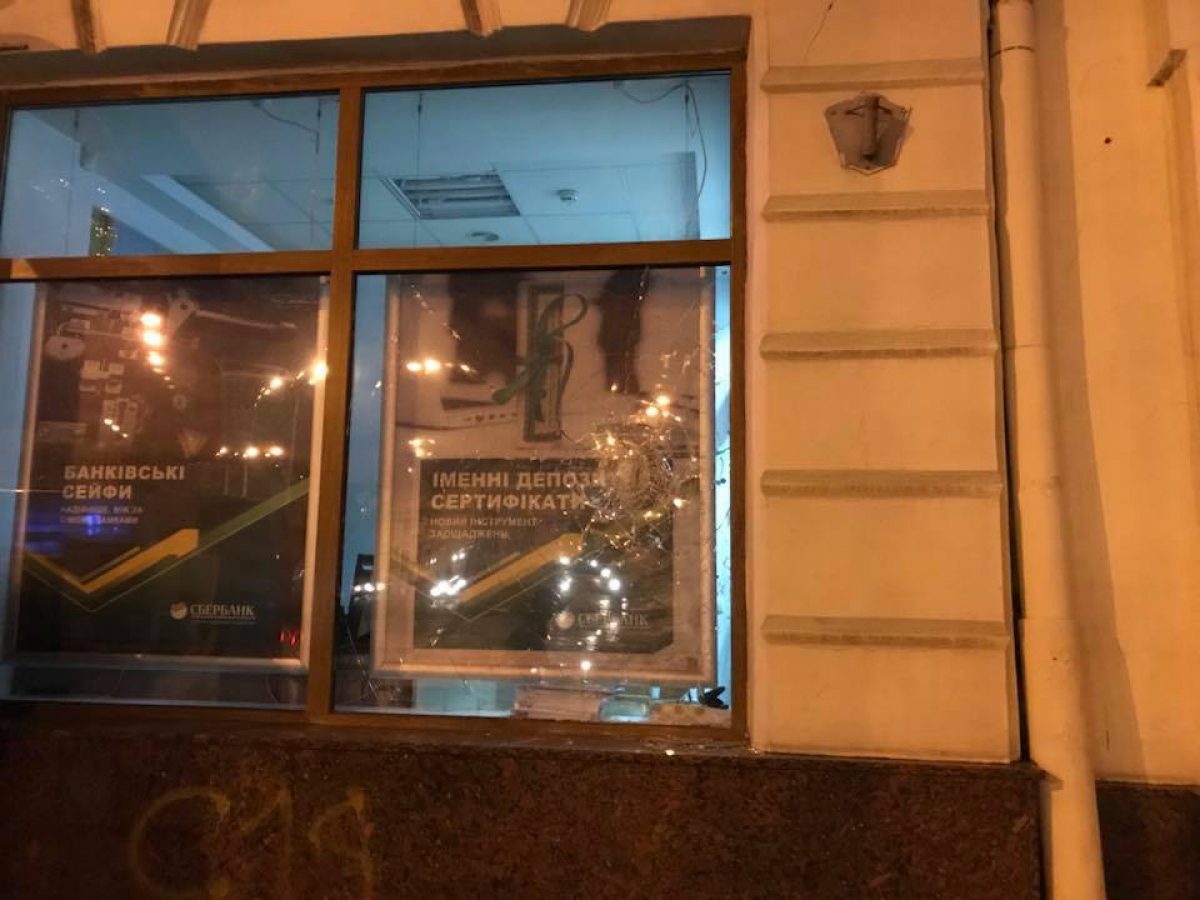 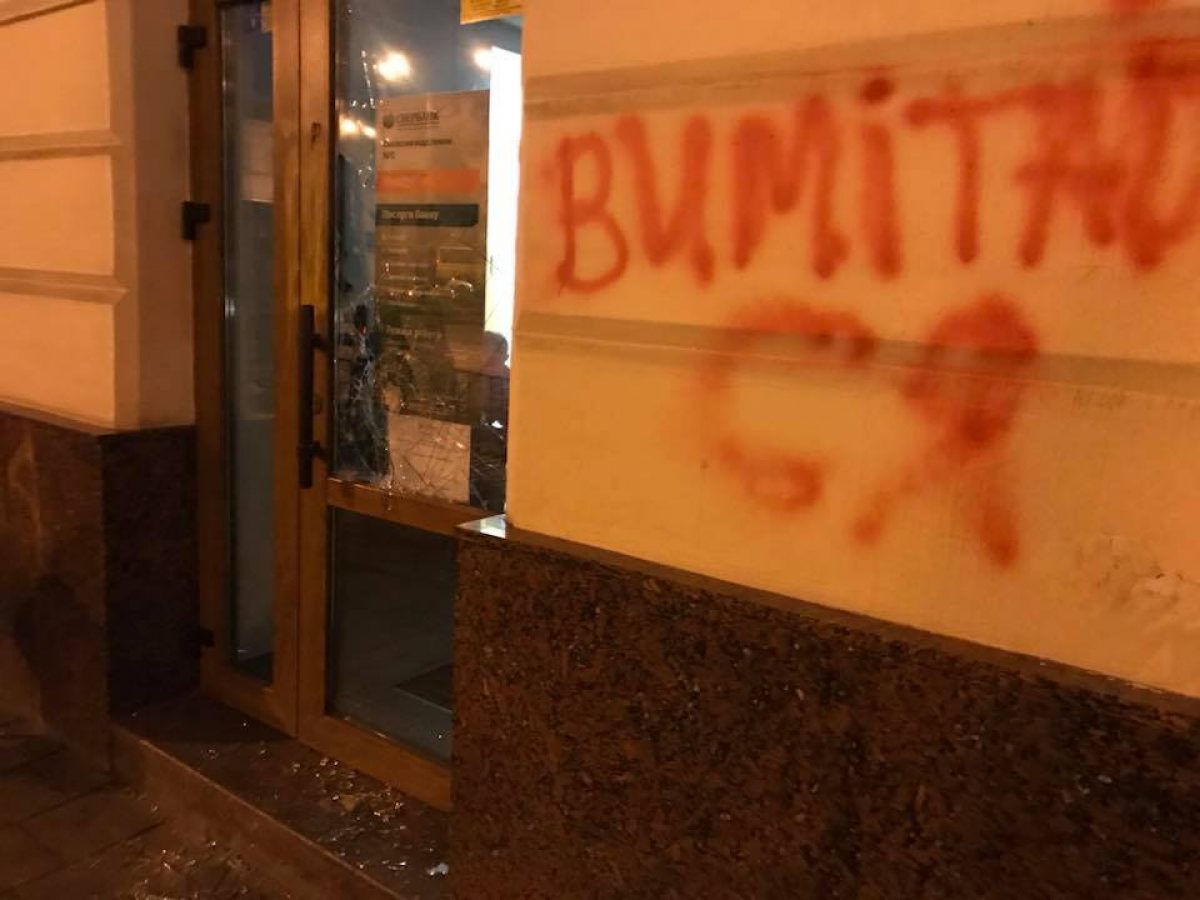 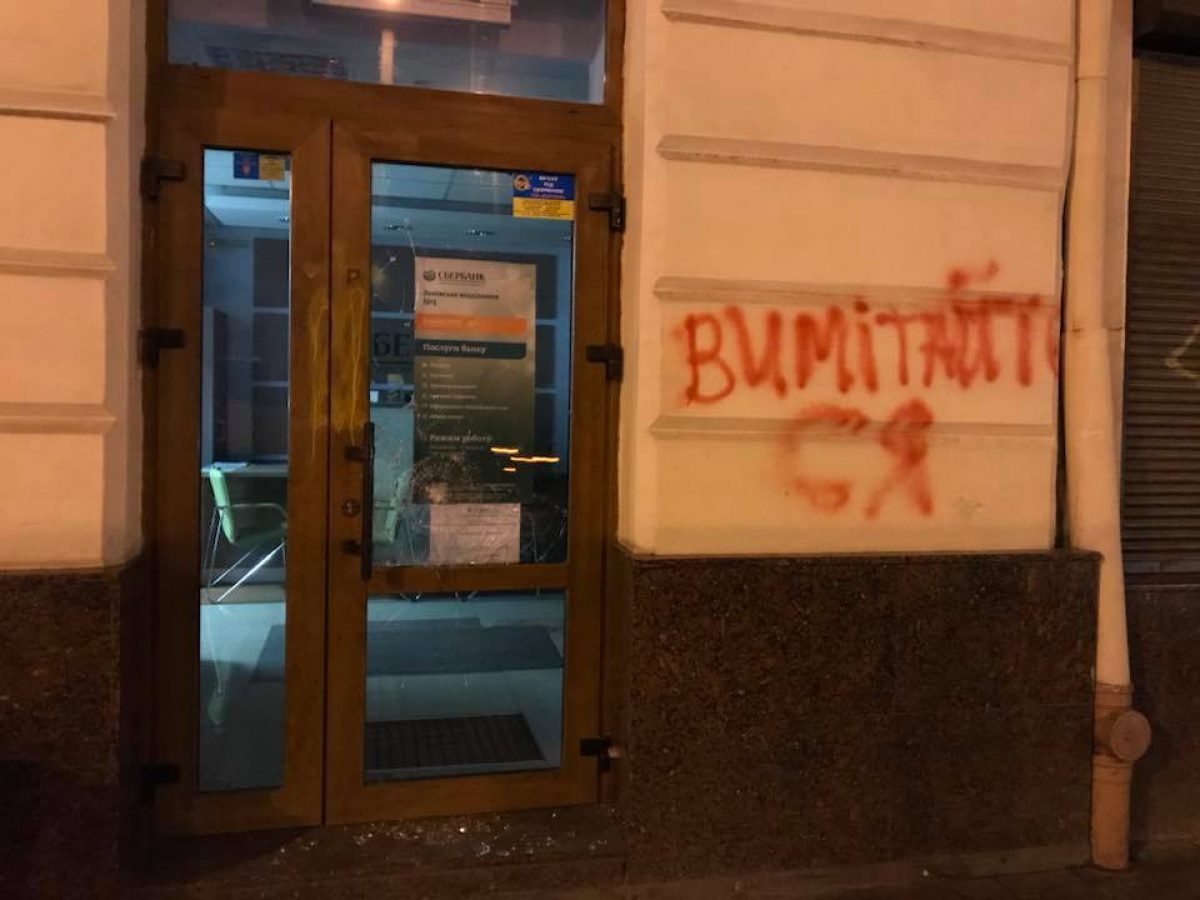 "Two broken windows and another smashed door glass at Lviv's branch of Sberbank of Russia on Horodotska Street 147 are reported, as well as an inscription saying 'Get out' spray painted in red on the facade of the building," Zinkevych wrote on Facebook.

It is noted that no one has broken in the premises. The police team is working at the scene.

If you see a spelling error on our site, select it and press Ctrl+Enter
Tags:News of UkraineUkraineSberbankLviv