A large-scale hostage exchange began in Donbas where 74 Ukrainians are being swapped for 306 people requested by pro-Russian militants, according to TSN news service. 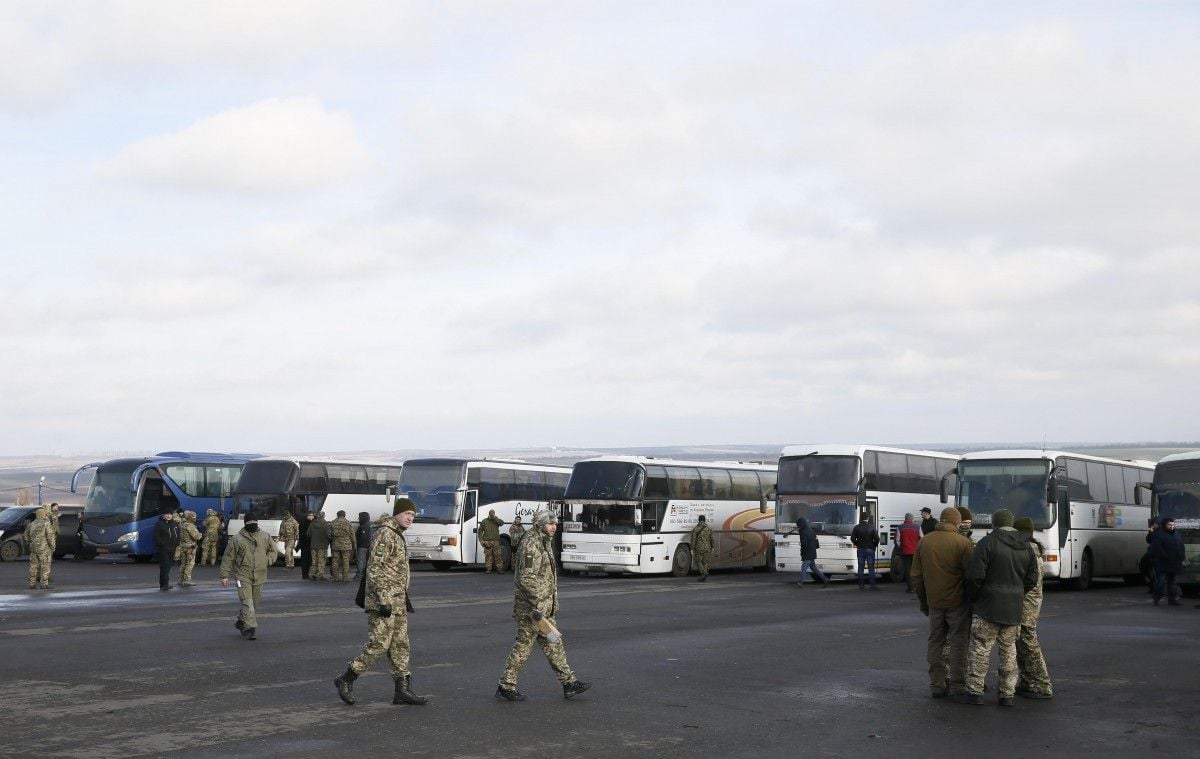 The first 16 Ukrainian hostages have already been released, TSN reports.

These people were brought to the hostage exchange point and taken to the logistics center of the Maiorske checkpoint. The Ukrainian side has not yet handed over any detainees.

Read alsoDonbas swap: Some from militant lists refuse to return to "LPR/DPR"According to Ukrainian envoy to the Minsk Trilateral Contact Group's humanitarian subgroup and First Deputy Parliament Speaker Iryna Gerashchenko, the occupation forces hold hostage over 160 Ukrainians. However, after a year and a half of constant negotiations, the militants confirmed only 97 people. The rest will further be searched for.

As UNIAN reported, those released from captivity will be brought to the Boryspil military airfield at about 19:00 Kyiv time.

If you see a spelling error on our site, select it and press Ctrl+Enter
Tags: #News of Ukraine#Donbas#Ukraine#militants#prisonerswap
Latest news