Analysts on terrorist attacks in Ukraine: Fewer but more violent and symbolic 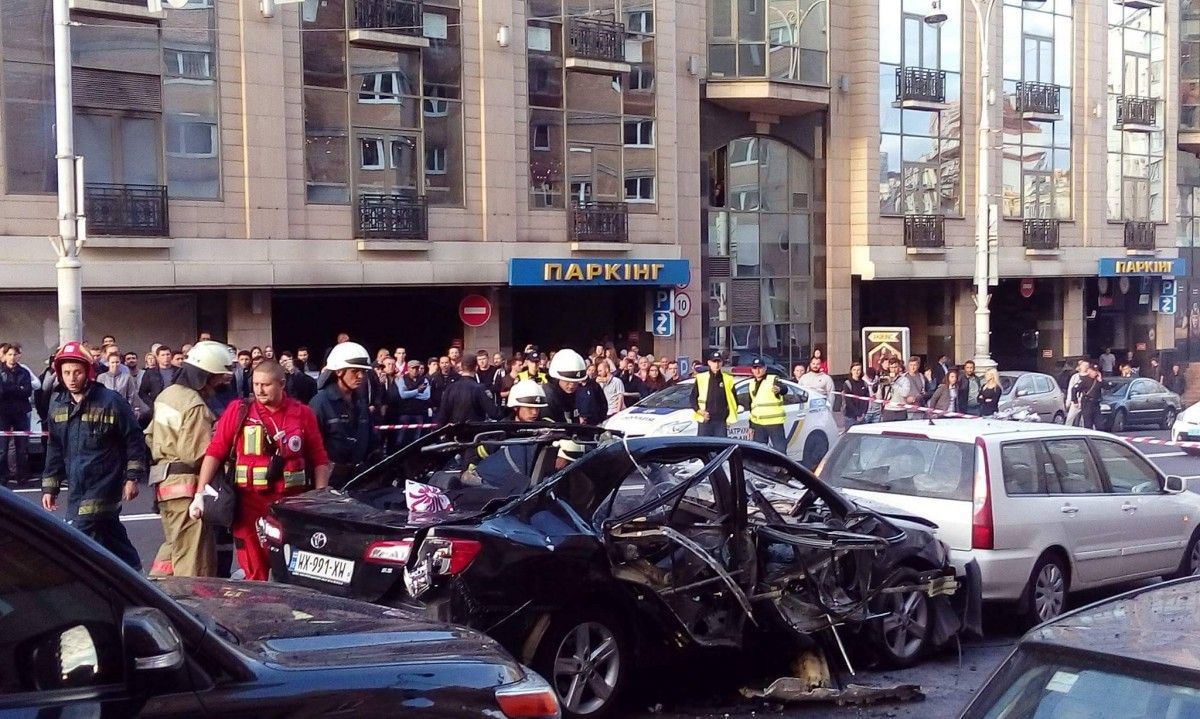 A car exploded in Kyiv in September / Photo from Myroslava Naumchuk

Read alsoMan killed in car blast downtown Kyiv, woman injured (Photos, video)The Institute forecasts that the highest threats for Ukraine will be created by Russia and acts of terror in 2018 will continue to be targeted.

"One of the main problems in the fight against terrorism in Ukraine is the absence of an effective system of punishment. For example, 5,804 criminal cases were registered as 'acts of terror' over 45 months. Or 129 terrorist attacks per month on the average. Fifteen people were punished for this crime in 42 months," it said.