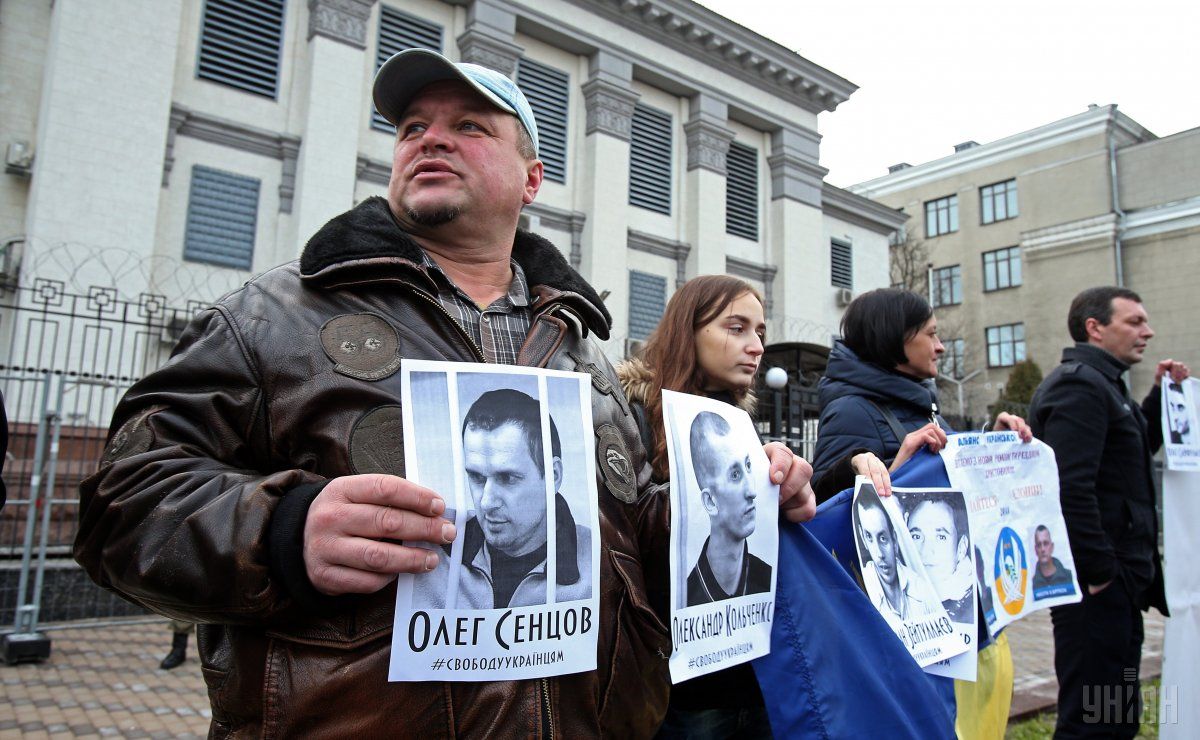 Activists read out the names of those who are illegally held in Russia, in particular, 20 political prisoners and 30 people under investigation. They also congratulated the hostages on the New Year, 112 Ukraine TV Channel reports.

Read alsoKremlin silent on possibility of releasing Sentsov, other political prisoners in prison swap effortThe activists expressed the hope that the Ukrainians illegally held in captivity would hear them through the media.

In addition, they called on the Ukrainian authorities to speed up the process of releasing the prisoners held in militant-controlled areas of Donbas.

According to the SBU Security Service of Ukraine, the Russian proxies still hold 103 Ukrainian captives in the occupied Luhansk and Donetsk regions, and there are dozens imprisoned in Russia.