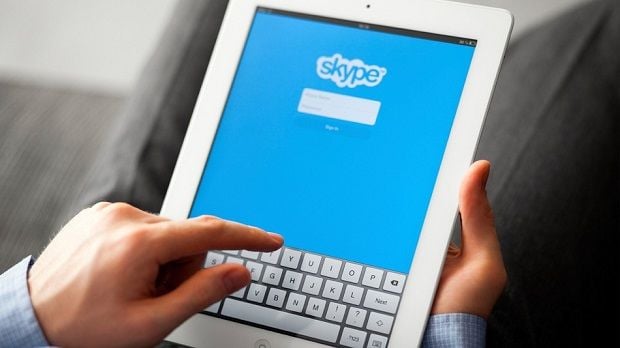 Starting this year, Ukraine is officially celebrating both Orthodox Christmas on January 7 and the Catholic or “Western” holiday on December 25. But the Christmas spirit can’t erase the fact that parts of the country’s east have been occupied by Russia-led forces for nearly four years, according to Hromadske International.

Skype appears to have missed the memo on that. On December 22, just in time for Christmas, the company decided to congratulate Ukraine with — wait for it — Russian-themed emojis.

Understandably, Ukrainians were not amused.

Read alsoU.S. offers $5 mln to help Ukraine boost cybersecurityAn ad for the emojis, which appeared on many Ukrainian Facebook newsfeeds under the “sponsored post” tag, features animated versions of Russian symbols like Saint Basil’s Cathedral on Moscow’s Red Square; a skiing matryoshka Russian nesting doll; a bear wearing an ushanka hat with a Soviet-style star logo and playing a Russian musical instrument known as a balalaika; and a Soviet version of Santa Claus – “Ded Moroz” – who has at times been controversial in Ukraine.

“Maybe Skype doesn't know that Russia [is] against my country: making war and [killing] my people?!” a Facebook user, Svitlana Linnyk, wrote in the comment section. “And I think that it's not [a] good idea [to] propagate symbols of [the] aggressor for Ukrainians.”

Read alsoRussian hackers tried to target emails of Ukrainian politicians – APIt is unclear how and why the ad appeared on the account. As of press time, there has not been any official reaction from Skype or Microsoft and the post has not been removed. Hromadske tried to reach out to Skype, but received an automated response suggesting they contact a Twitter account providing technical support for its clients instead.

The official Skype website says that the company runs tailored ads, and the comment section on the emoji post suggests it largely targeted users in Ukraine. But judging by the response, Skype appears to have missed the mark.