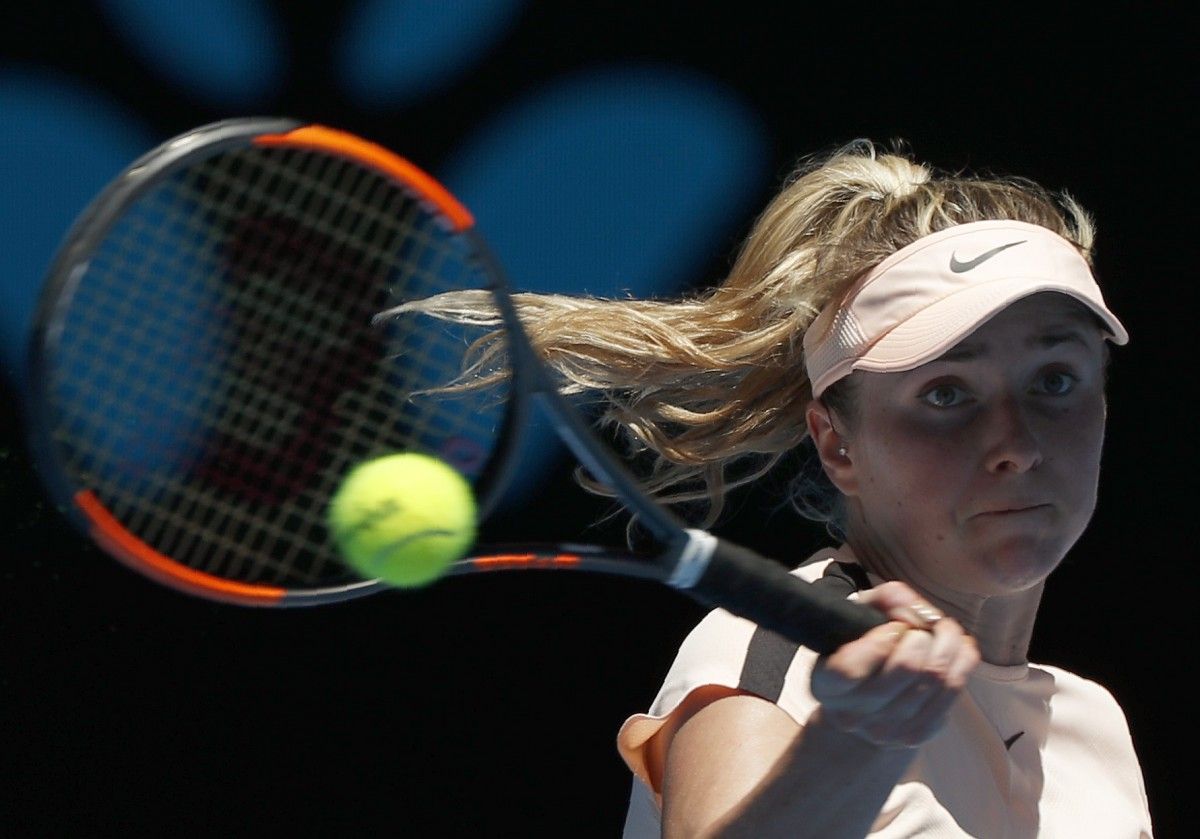 The youngest player since 1997 to reach the third round of a Grand Slam, Kostyuk was aiming to be the youngest since 1996 to progress to the last 16.

Read alsoElina Svitolina beats Aliaksandra Sasnovich to title at Brisbane International – mediaSvitolina, 23, the only seed left in her quarter of the draw, will play world number 130 Denisa Allertova next.

Kostyuk was given a wildcard into qualifying after winning the junior title 12 months ago.

Asked how much she learned, the teenager said: "A lot. How much do you have to pay Svitolina to have a one-hour lesson? I got it for free.

"She's a great player, but what I learned is that you can play against everyone. I had the chances, but because I thought she is incredible, like she's a god, I cannot do anything against her, that's the problem."

Svitolina said: "It was sad that I was playing a Ukrainian girl. She's a great fighter, she fought right until the end and has a great future."

The Ukrainian pair's match was played in 40C heat on Rod Laver Arena while France's Alize Cornet had her blood pressure taken by a doctor during her defeat by Elise Mertens on the Hisense Arena.

If you see a spelling error on our site, select it and press Ctrl+Enter
Tags:News of UkraineSvitolina