He also prayed for an end to the deadly armed conflict in eastern Ukraine. 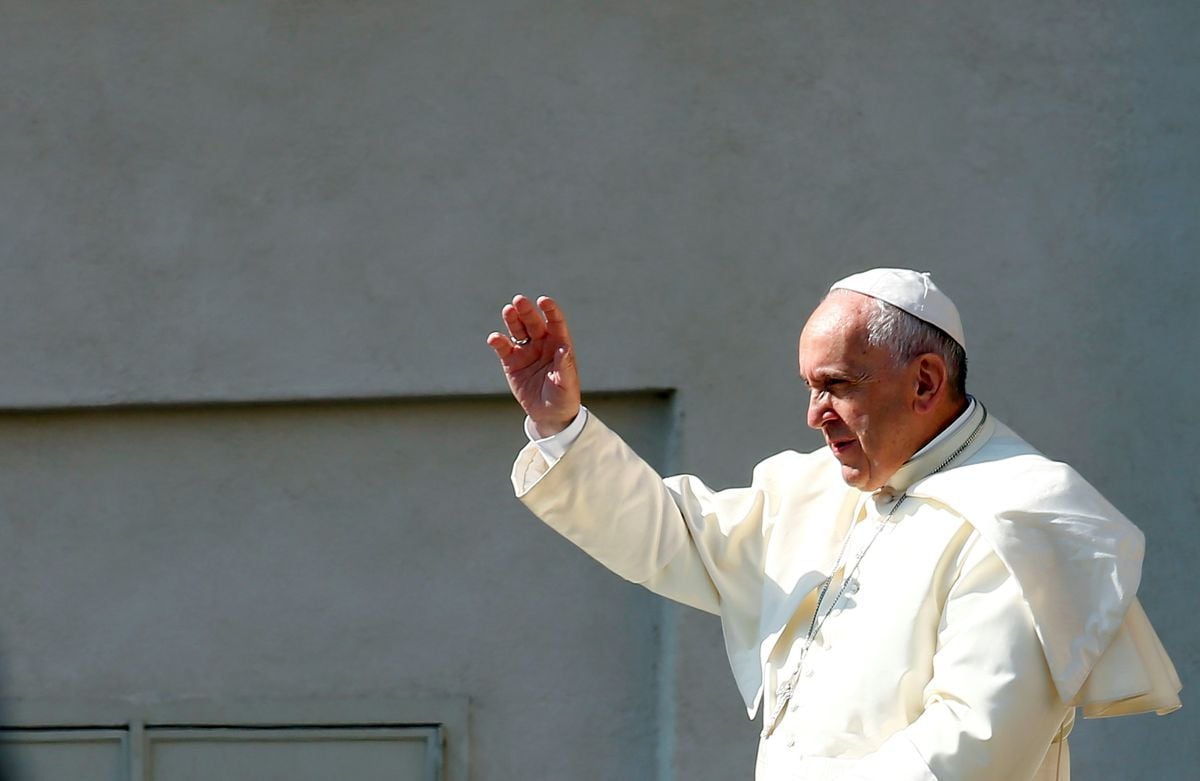 Pope Francis has visited a Ukrainian Greek-Catholic basilica in Rome, paying tribute to Catholics who perished in Ukraine because of their faith during the time of Soviet rule.

During the visit to the Basilica of Santa Sofia on January 28, the pope told the faithful that he understands their anguish for a country "scourged by war and economic difficulties," according to Radio Liberty.

He also prayed for an end to the deadly armed conflict in eastern Ukraine.

Since April 2014 in eastern Ukraine, more than 10,300 people have been killed by fighting between Ukrainian government forces and Russia-backed separatists who control parts of the eastern Donetsk and Luhansk regions.

"I understand that, while you are here, the heartthrobs for your country, and not only palpitates with affection but also with anguish, especially for the scourge of war and economic difficulties," the pope said.

"I am here to tell you that I am close to you: close with the heart, close with prayer, close when I celebrate the Eucharist. I pray that hope may never be extinguished in the hearts of each person, but that the courage to go forward, to always start again, is renewed.

Read alsoPope greets Eastern Rite Catholic and Orthodox churches on Christmas – media"I pray to the Prince of Peace to stop the weapons," he added.

Bishop Borys Gudziak, who heads the Ukrainian Greek Catholic Eparchy of Paris, said the pope was "sending a signal to [Russian President Vladimir] Putin...that violence and aggression are unacceptable."

He is saying "that I'm with the people who are suffering," Gudziak was quoted by the Crux website as saying.

According to the Catholic News Agency, Santa Sophia was built in 1963 and consecrated in 1969 by Pope Paul VI. Pope Francis is the third pope to visit the parish, the last being Pope John Paul II in 1984.

Santa Sophia was designed along the lines of medieval Ukrainian churches in Kyiv and is home to some 14,000 Ukrainians living in the Diocese of Rome.

The Major Archbishop of Kyiv, Svyatoslav Shevchuk, leader of the Ukrainian Greek Catholic Church, presented the pope to the gathered followers, with large-screen televisions set up outside Santa Sophia for those who could not get inside.

If you see a spelling error on our site, select it and press Ctrl+Enter
Tags:News of UkraineUkrainePopeFrancispray