Four Ukrainians back on home soil after years in Libyan captivity

According to the Ukrainian Foreign Ministry, the men have been held in Libya for more than six years. President of Ukraine Petro Poroshenko reported on the safe arrival in Ukraine of four Ukrainian men following years spent in captivity in Libya. 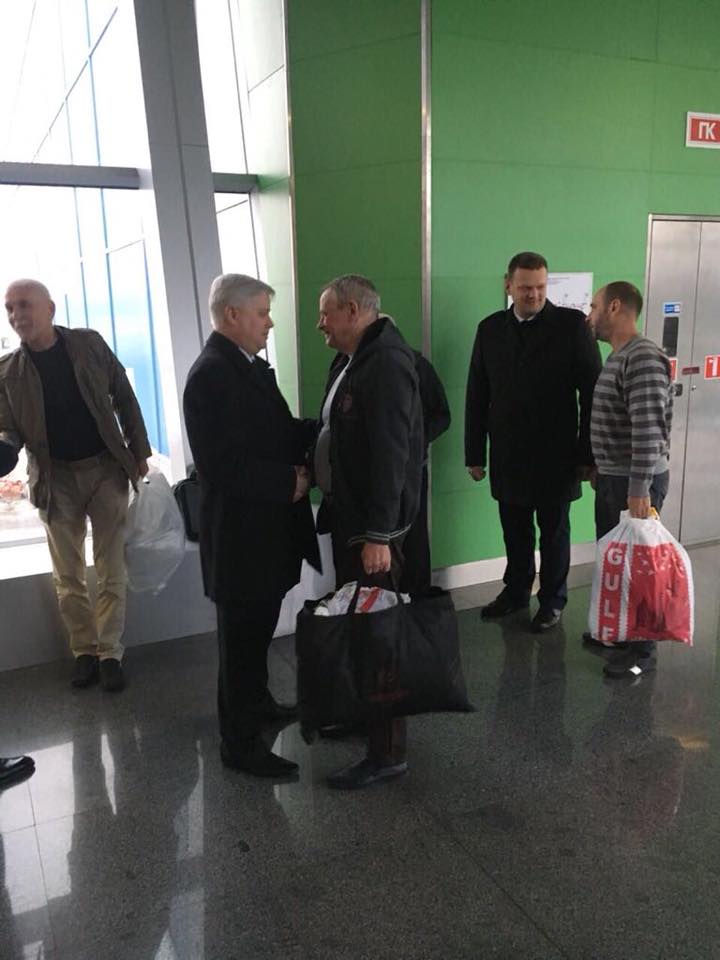 "I am glad to see the return to their Homeland of the four of our citizens after many years of captivity in Libya," the head of state wrote on Facebook.

The president expressed gratitude to diplomats and Ukraine’s Foreign Intelligence Service for their efforts to bring the men back.

Also, the diplomats once again urged Ukrainian nationals to refrain from traveling to Libya due to the complicated security situation in this country and the inability to provide proper consular and legal assistance in its territory. Those who continue to stay in Libya are urged to leave the country.

Read alsoUkraine MFA says Ukrainian kidnapped by militants in Libya releasedAt the same time, the press service of the Belarusian Foreign Ministry reported on the release from the Libyan captivity of a Belarusian citizen, who had been held there since August 2011 by one of the so-called "revolutionary brigades".

As UNIAN reported, in early September 2011, armed forces of the Transitional National Council of Libya detained more than 20 citizens of Ukraine on suspicion of military assistance to the former leader of the Jamahiriya, Muammar Gaddafi.

The Foreign Ministry reported that all detainees were civilians. In particular, they worked as contracted engineers for one of the oil companies. There was also a female among the detainees. In the spring of 2012, the trial of Ukrainians began.

Read alsoVolker hands over to Surkov names of some Ukrainian hostages for swapIn August 2014, with the assistance of the Ministry of Foreign Affairs, 18 Ukrainians returned to their homeland, while another four of them remained in captivity.

Last year, the Libyan Coast Guard arrested two tankers, including a ship under a Ukrainian flag, and detained their crews suspected of smuggling oil.