Apparently, the man sought to enjoy the new visa free travel opportunities despite working for the occupation government. 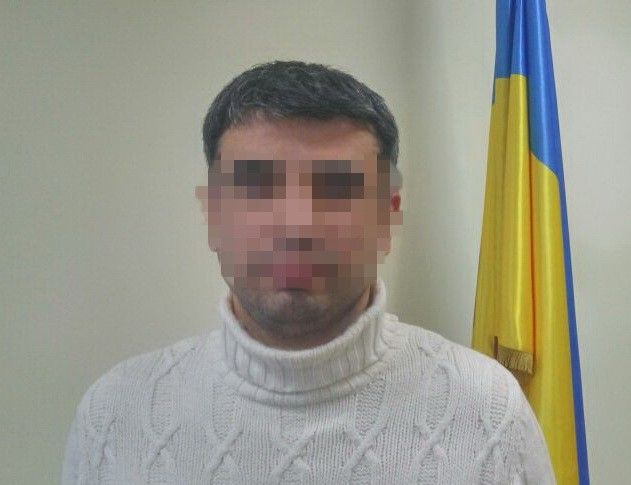 Operatives of the Security Service of Ukraine detained at the de-facto border with the Russian-occupied Crimean peninsula a former deputy minister of sports of the self-proclaimed “council of ministers”, who was traveling to mainland Ukraine to obtain a biometric passport.

The SBU established that the former Ukrainian official from April 2015 until May 2016 occupied the post of the so-called "deputy minister of sports of the Republic of Crimea".

"After the resignation, he continued anti-Ukrainian activities as part of the working group on the creation of the state program of the occupation authorities on patriotic (military-patriotic) education of Russian citizens in Crimea. Recently, the perpetrator served as secretary of the Regional Branch of the All-Russian public-governmental organization "Voluntary Society for the Russian Army, Aviation and Fleet. The activities of this organization are aimed at violating the sovereignty and territorial integrity of Ukraine," the SBU press service wrote.

Read alsoRFE/RL: Kyiv, activists cry foul as Russian FSB detains Crimean TatarsAfter receiving a tip on the man’s plans to travel from Crimea to Ukraine’s Kherson region, he was detained at the "Kalanchak" checkpoint at the de-facto border with the temporarily occupied Crimea.

"Why do you think this ‘patriot’ of Russia came to Ukraine? To get a Ukrainian biometric passport !!!" she wrote on Facebook.

Read alsoSBU exposes mole in own ranksInvestigators of the Main Directorate of the Security Council of Ukraine in the Autonomous Republic of Crimea opened criminal proceedings under Part 1 of Art. 111 (high treason) of the Criminal Code of Ukraine.

As UNIAN reported earlier, citizens of Ukraine holders of biometric passports can travel visa free across the European Union after a correspondent decision was passed by the EU in June 2017.

If you see a spelling error on our site, select it and press Ctrl+Enter
Tags:News of UkraineRussiaCrimeaUkraineSBU