18:58, 20 September 2007
Ukraine
721 0
Party of Regions leader Victor Yanukovych carried out pre-election rallies in three cities of the Crimea. Visiting Kerch, Victor Yanukovych opened the second trolleybus line. At a meeting with journalists, the Prime Minister said that “Kerch [Ukraine]-Krasnodarskiy region [RF]” bridge will be built by the year 2012.

“The first works on the project have already started. Presently, the building order, investor, participation of our partners, and strategic partners from Russia are being specified", said V. Yanukovych. 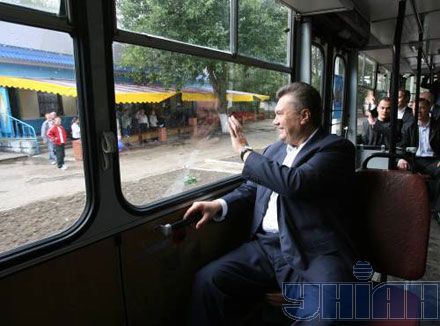 The Head of the Government stressed that the main aim is to finish the building of the bridge by 2012. “This bridge, which will be both automobile and railway bridge, will allow us to transfer gas, oil and electricity through the Kerch Strait” he added.