Leftists, representatives of the Progressive Socialist Party of Ukraine and “Kyiv Rus” NGO scuffled with police in Kyiv on Sunday at commemorations for UPA (the Ukrainian Rebellios Army), a World War Two guerrilla group that fought both the Nazis and the Red Army, an issue still dividing post-Soviet Ukraine more than six decades later.

PSPU leader Natalia Vitrenko spoke to participants of the rally. She accused guerilla nationalists of collaborating with fascists, and criticized President of Ukraine Victor Yushchenko for his decree on celebrating the UPA anniversary.

Policemen did not allow leftists to enter the Khreshchatyk street, where there was a rally of several thousands of UPA supporters… 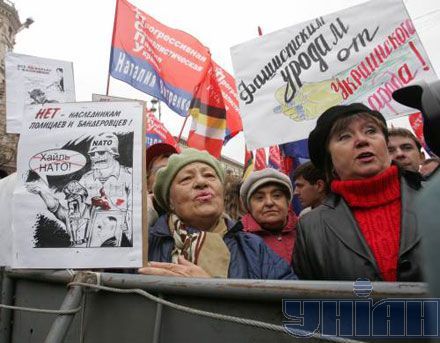 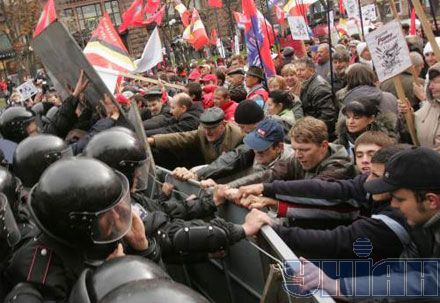 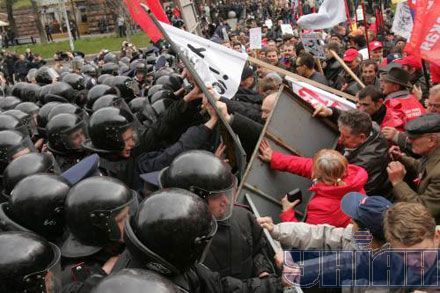 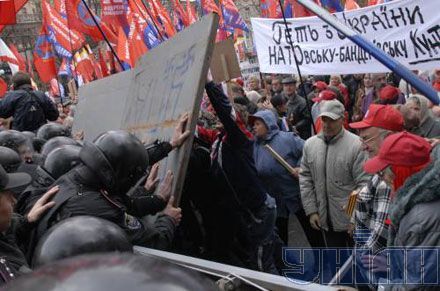 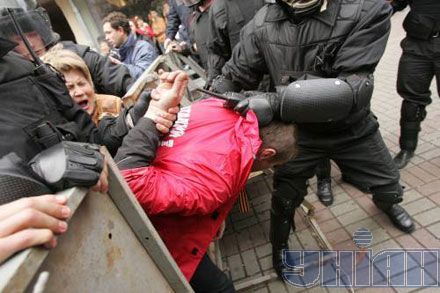 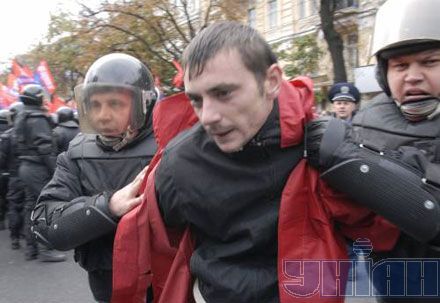 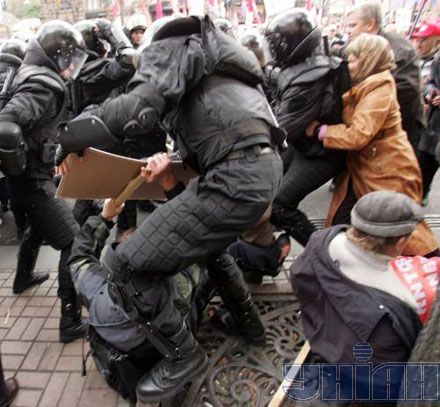 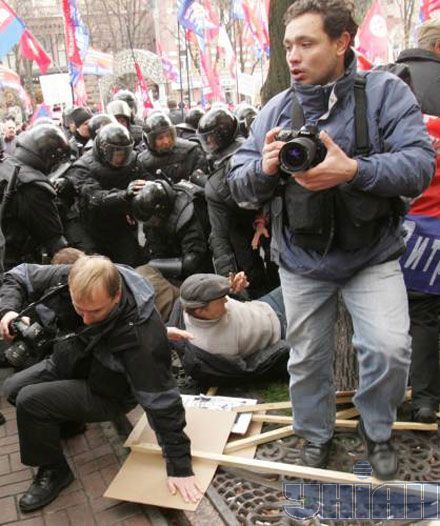 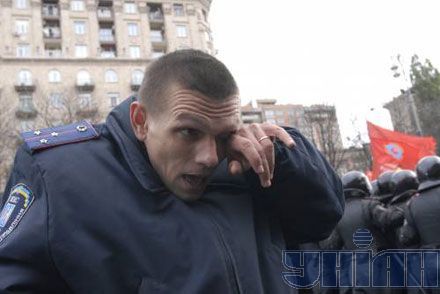